Last week my brother, Eli, and his 5-year old daughter, Addie, came to visit us. Since they live in a landlocked state, a trip to the Oregon coast was a must. A day trip to the coast is fun, but it feels like you spend your entire day driving back and forth and very little time doing stuff at the beach. So, we opted to go tent camping for one night. My wife Kerri didn’t like that idea. Kerri has developed a syndrome that affects people once they purchase an RV known as tentaphobia. Since purchasing our cushy Coleman tent trailer a few years ago, Kerri refuses to sleep on the non-climate controlled uncomfortable floor of a tent. Even with the promise of air mattresses and our super warm sleeping bags, she wasn’t interested. So, it was going to be a daddy-daughter campout and Kerri was going to have a nice quiet evening doing what she loves doing most, reading books and watching chick flicks.

We chose to camp at Fort Stevens State Park located just south of Astoria where the Columbia River and Pacific Ocean meet. Even though it was early Spring I decided to reserve a tent site just in case. This turned out to be a smart decision as they have converted many of the tent sites to deluxe cabins and only a couple of tent sites were available. Even though Fort Stevens has over 700 camping sites, most of those are RV sites and offer little space for tents.

After a 2 hour drive from Portland we found our campsite and made camp. Having lived in Oregon all my life and being a frequent camper there are a couple of things one must do to be comfortable while tent camping on the coast. First thing is to bring lots of plastic tarps as it rains year round and that rain often comes in sideways. Second thing is to stock up on lots of dry firewood for a huge fire. Unlike camping in our heated trailer, a fire is your only source of heat when tent camping. As soon as we set up the tents and tarps, the rain started. Typical! 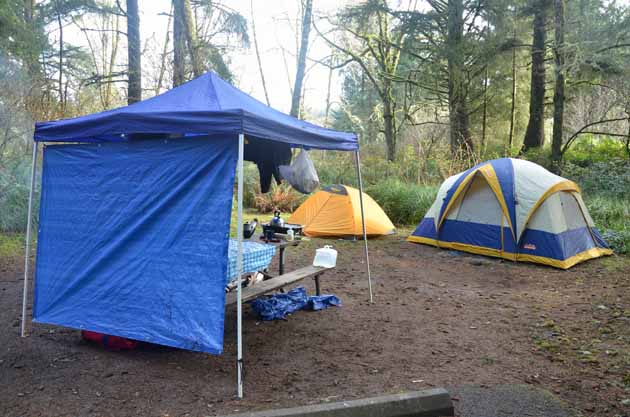 My 7-year old daughter, Sydney, and her cousin were bouncing off the trees with energy and excitement. We decided to wear them out by taking them for a long walk to the beach in the rain and check out the skeletal remains of the Peter Iredale, a massive sailing ship that came ashore in 1904. It worked great, but now we were all wet. Back at camp we started a large fire and prepared the ultimate dinner for cold weather camping, chili dogs and hot tea!It rained all night but I awoke the next morning to sunshine. It was brisk, but at least the sun was out which is a rarity on the Oregon coast. I started a fire and made tea for Sydney and I, the only ones who were up at that point. Sydney sat by the fire with her herbal tea and played a game on her Nintendo DS while I prepared a hearty breakfast for everyone; animal pancakes, sausage, hash browns, and fresh fruit. 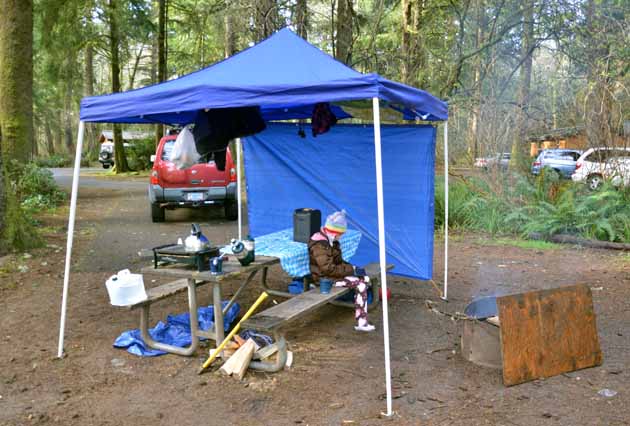 Sydney playing her Nintendo DS next to the fire

After breakfast we all decided to head back to the beach for some 4-wheel fun. Fort Stevens is one of the rare beaches in Oregon where you can actually drive on the beach. After punching through the soft sand at the ramp leading to the beach we drove down the beach looking for seashells the easy way; through the windshield of a heated SUV. We then returned to the Peter Iredale where Sydney and Addie had fun climbing on the barnacle encrusted remains of the once massive ship. 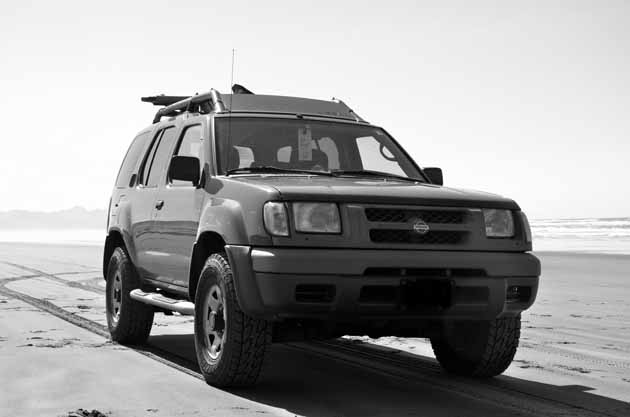 Parked on the beach 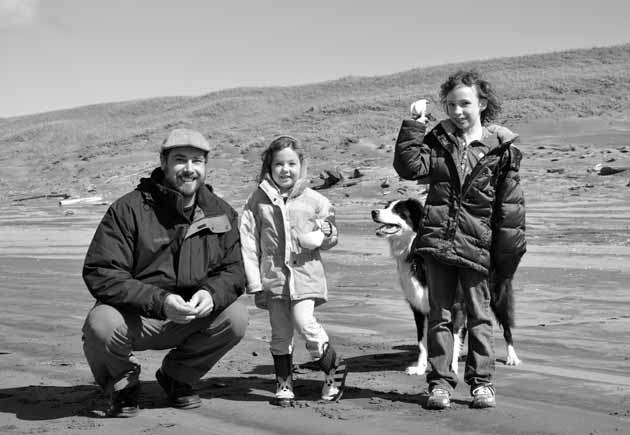 Eli, Addie, Simon (the dog), and Sydney on the beach 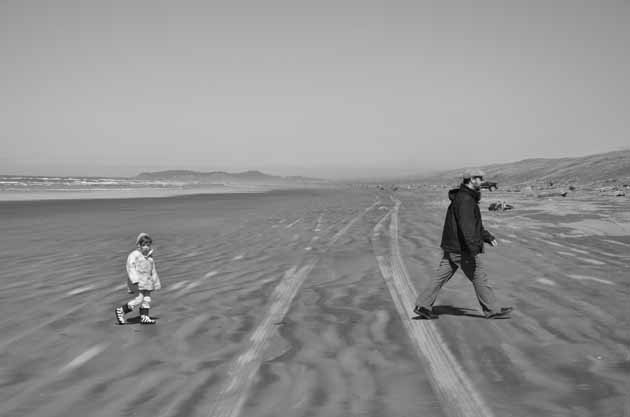 Eli and Addie on Abbey Road? Two more people and it could be a Beatles album cover! 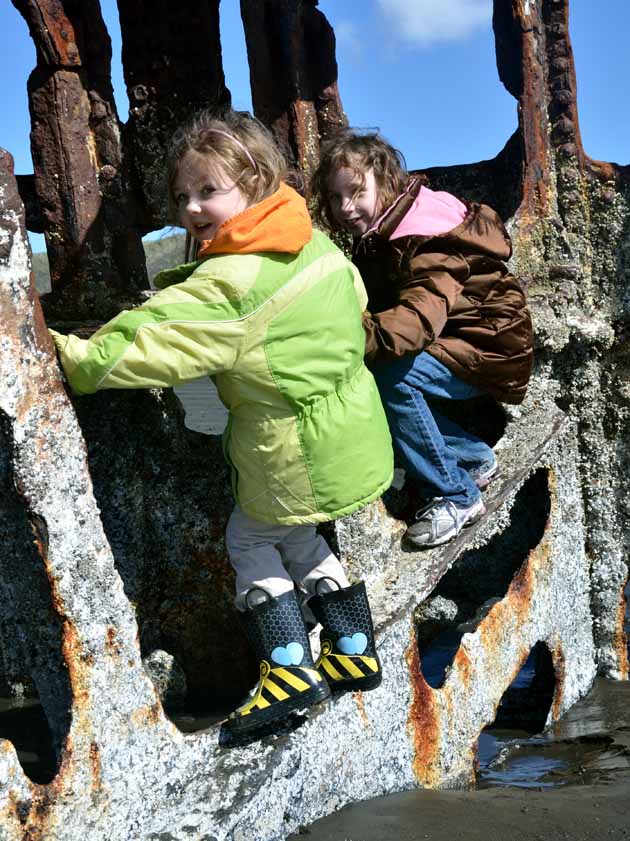 Addie and Sydney climbing on the Peter Iredale 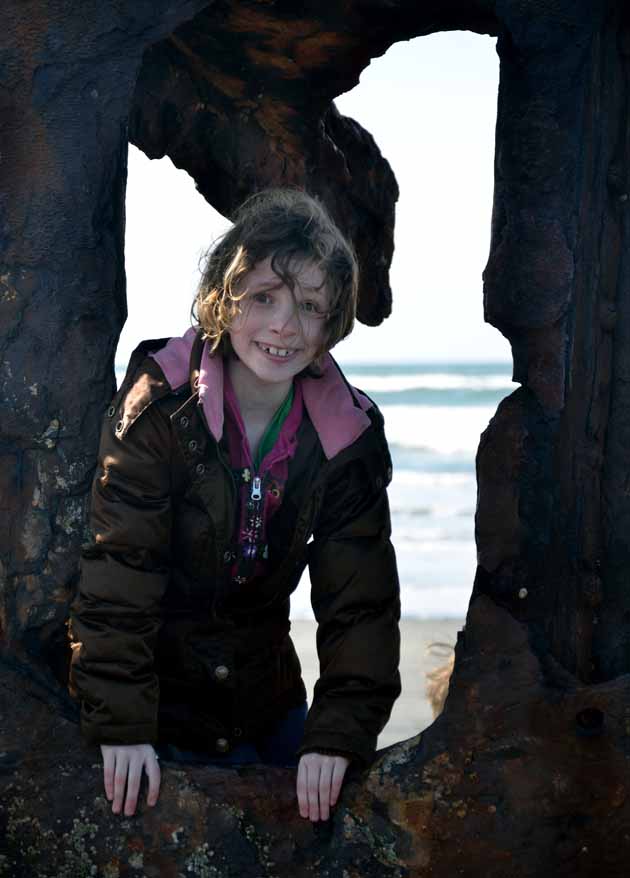 Sydney having fun on the shipwreck

After our 4×4 beach adventure we packed up camp and went to explore the old structures of the former military fort. Fort Stevens was established at the beginning of the American Civil War as the primary military defense for the mouth of the Columbia River. It served for 84 years until the end of WWII. In 1942 a Japanese submarine fired 17 shells at Fort stevens, but did little damage. Today, the old military bunkers make for a great place to explore, photograph, and let your wild kids run amuck. 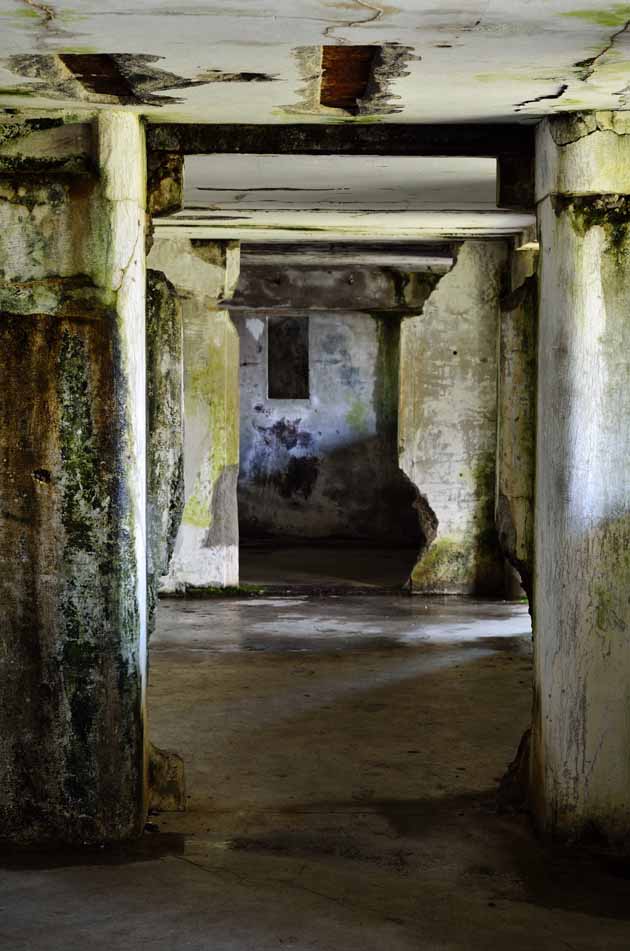 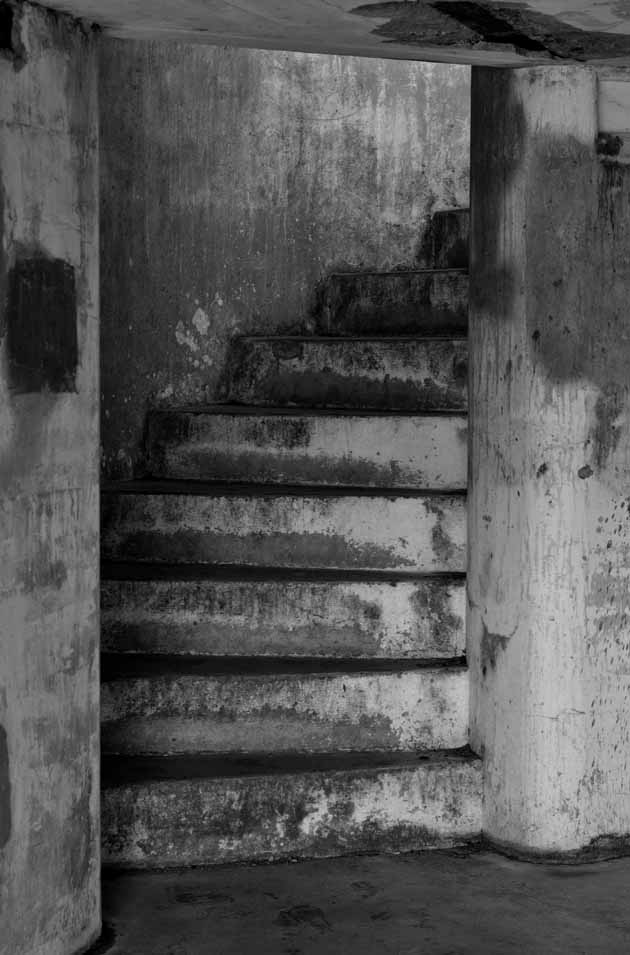 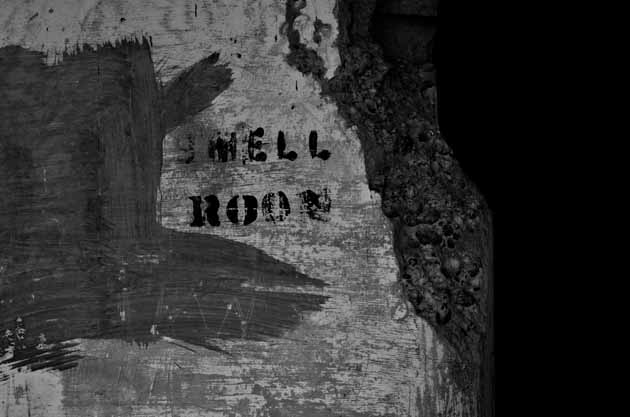 Hell room? Don't go in there! 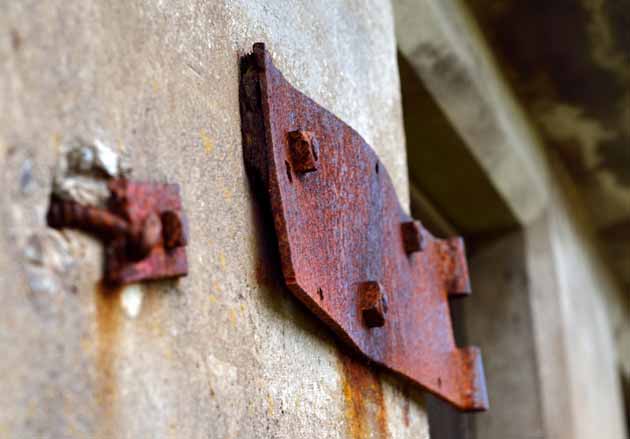 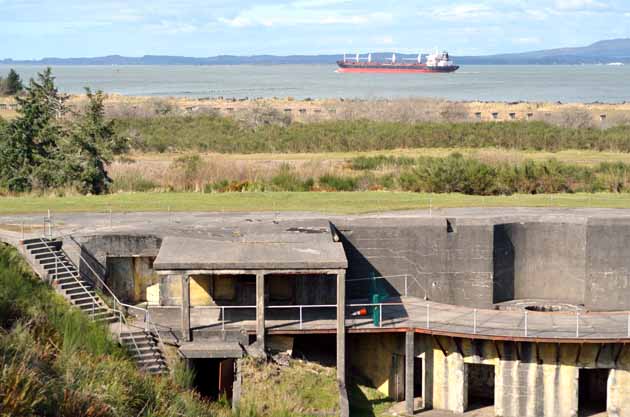 View of the Columbia River from Fort Stevens 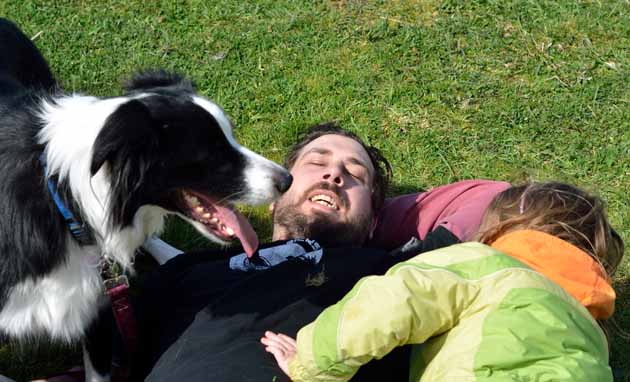 Simon, Eli, and Addie enjoying a rare sunny day at the Oregon Coast

We had a great time camping at Fort Stevens and spending quality father-daughter-brother-cousin-neice-uncle time together. I forgot how much fun it is to actually “rough it” by sleeping in a tent; with air mattresses of course. Hopefully, I can convince Kerri to go tent camping one last time before we sell our camping gear and start our around the world adventure later this year.