Finding the perfect present for Kerri’s birthday was a little harder this year since we are preparing for a 2-year round-the-world trip. The few things that we will be taking with us will need to be small and multipurpose. As much as we would like to bring a lot of different lenses for our cameras, that’s just not going to happen. Since Kerri has an Olympus E-PL1 Micro 4/3’s camera and I shoot a Nikon D7000 DSLR it would make sense if Kerri could attach some of my pro quality Nikon lenses to her camera using an adapter. A lot of people love the Lensbaby Tilt Transformer and we had found one at a local camera shop a few weeks ago but found it to be a bit difficult to use, but functional. It looked like an okay little adapter, but it cost $249 and is made out of plastic. The Tilt Transformer also comes with the Lensbaby Composer, but that costs $349 and the composer lens would probably not get used.  So after pouring over online reviews and looking at all of the available options I chose the all metal Kipon Micro 4/3’s to Nikon lens tilt adapter for only $159.95 from Amazon for Kerri’s present. 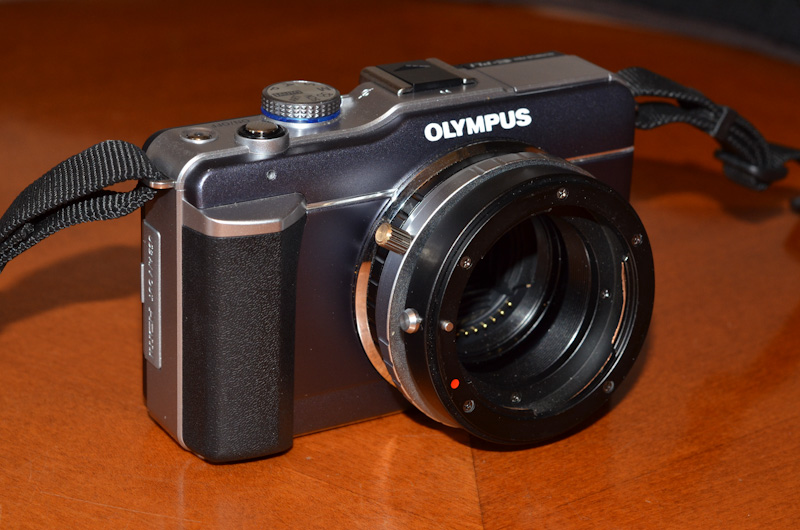 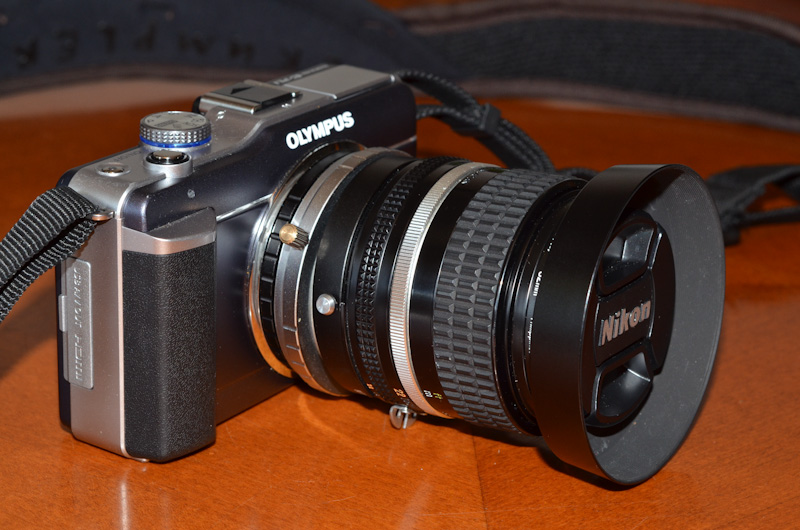 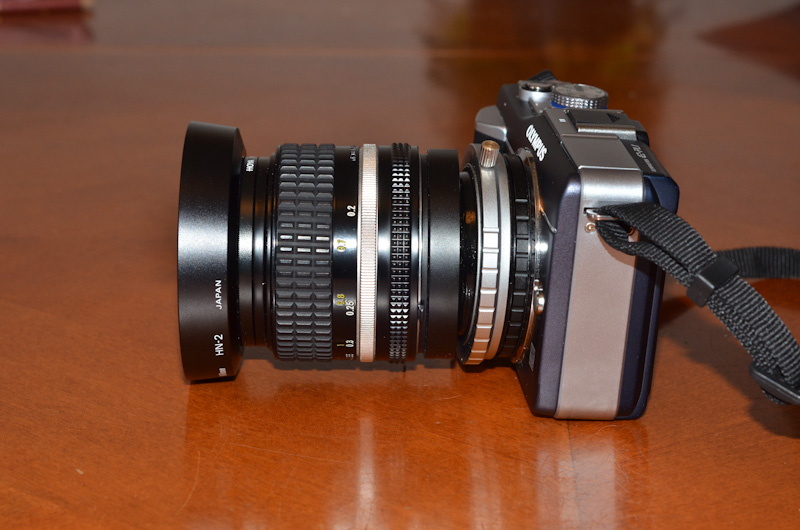 While I could have saved a lot of money and just purchased a plain adapter, having the option to tilt the lens allows for greater control of perspective and depth of field. And one fun thing to do with a tilt adapter is to make miniatures. That is, the tilted lens gives the look of looking down onto a fake miniature city or toy models.

Here are some examples that we shot. These are straight out of the camera and other than resizing them, nothing has been altered or “Photoshopped.” All of these photos were taken with a Nikon 28mm f/2.8 AIS lens as shown above. 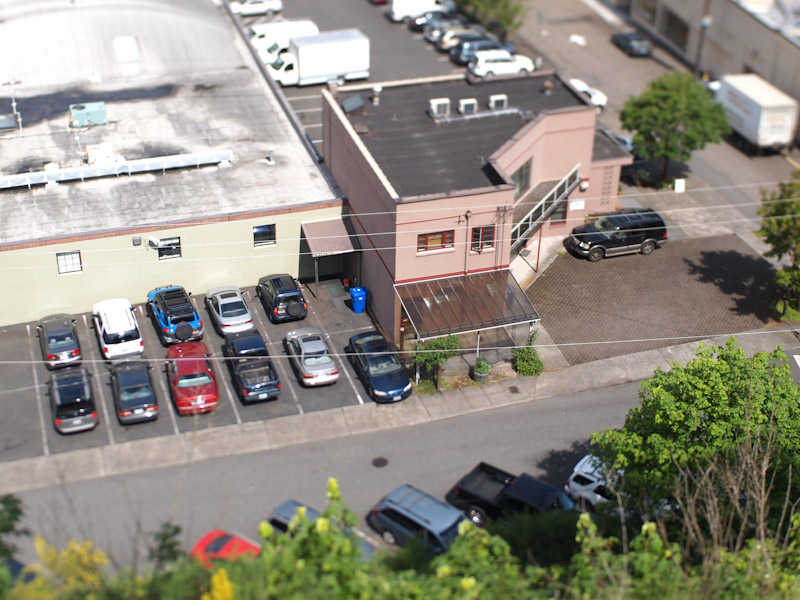 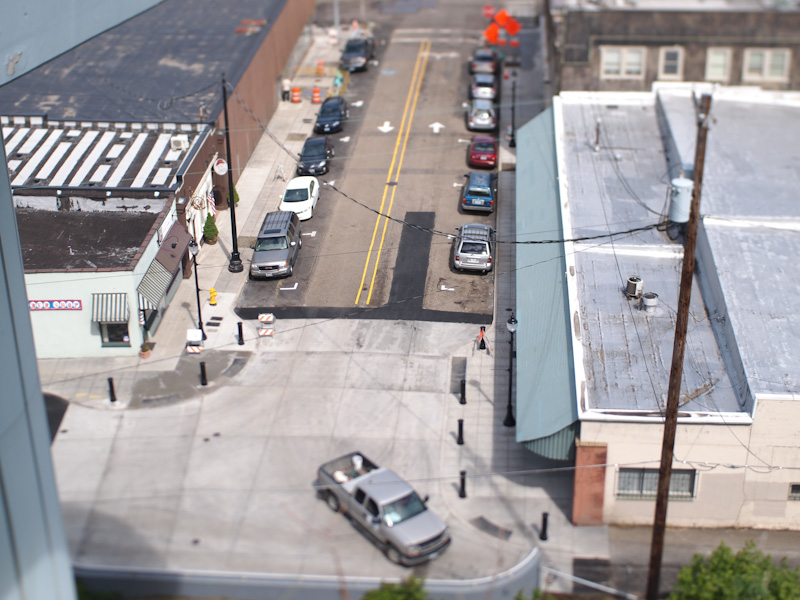 The technique to get the miniature look is pretty easy. You simply set the lens to the widest aperture, we used f/2.8, tilt the camera down,  tilt the lens up, and manually focus on the center of the frame.  I found that that the more downward you shoot the better the effect. Trees and sunshine also help to maximize the effect as the shots taken while cloudy or lacking trees did not have as much pop.

We are planning to hit a couple of other cool locations around Portland and will post those photos here when they are ready. We are also curious to see how different lenses look and will post our results.