You know how some people collect baseball cards or autographs? Well, we collect propaganda posters. About 12 years ago I was thinking it would be kind of cool to get some classic posters to have framed and to hang them in our house. I have seen other homes where people had hung framed classic movie and ski posters, and it looked really neat. But those kinds of posters are really expensive, unless you buy a reproduction. But I was really wanting something authentic. After thinking about what kind of posters to get, I had the idea that propaganda posters would be pretty cool. Looking around on eBay I found a lot of original posters from various conflicts starting at around $10 each. When I told Kerri what I wanted to do, she thought I was a little nuts. But after purchasing a couple of Cold War Russian propaganda posters and having them framed Kerri got into the spirit of things and started looking around for more posters. We were hooked!

In the last 12 years, the prices on these posters have really gone up and they are becoming harder to find. I just wish I would have bought every one of those posters I saw at $10 each on ebay when we first started collecting. Hindsight is 20/20, eh?

As we pack up our belongings in preparation of our round-the-world adventure we finally got to the point where we had to pack up our beloved propaganda posters. It might be harder trying to sell our house when we have pictures of controversial and political subjects hanging on our walls. But before wrapping them up in protective paper we took photos of each one so we can share them with all of you. Click to enlarge. 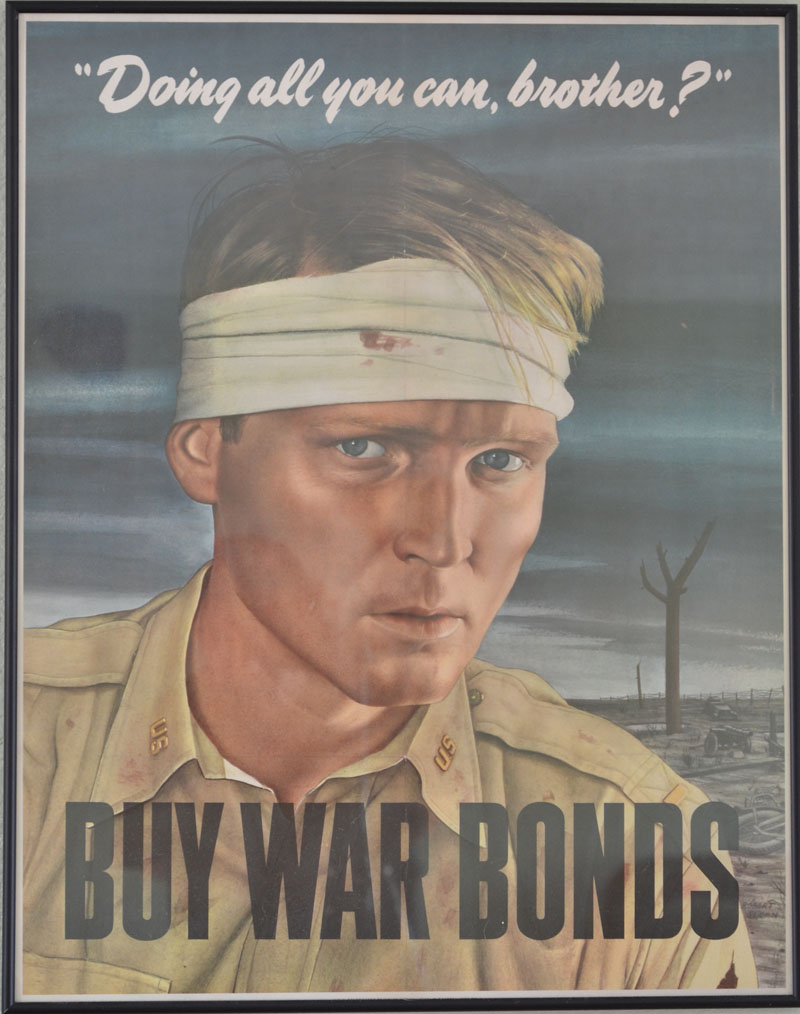 We saw this same poster hanging in the Atomic Museum in Albuquerque, New Mexico. When we saw it, we knew we had to have it. We were really lucky to find one for sale. Printed in 1943. 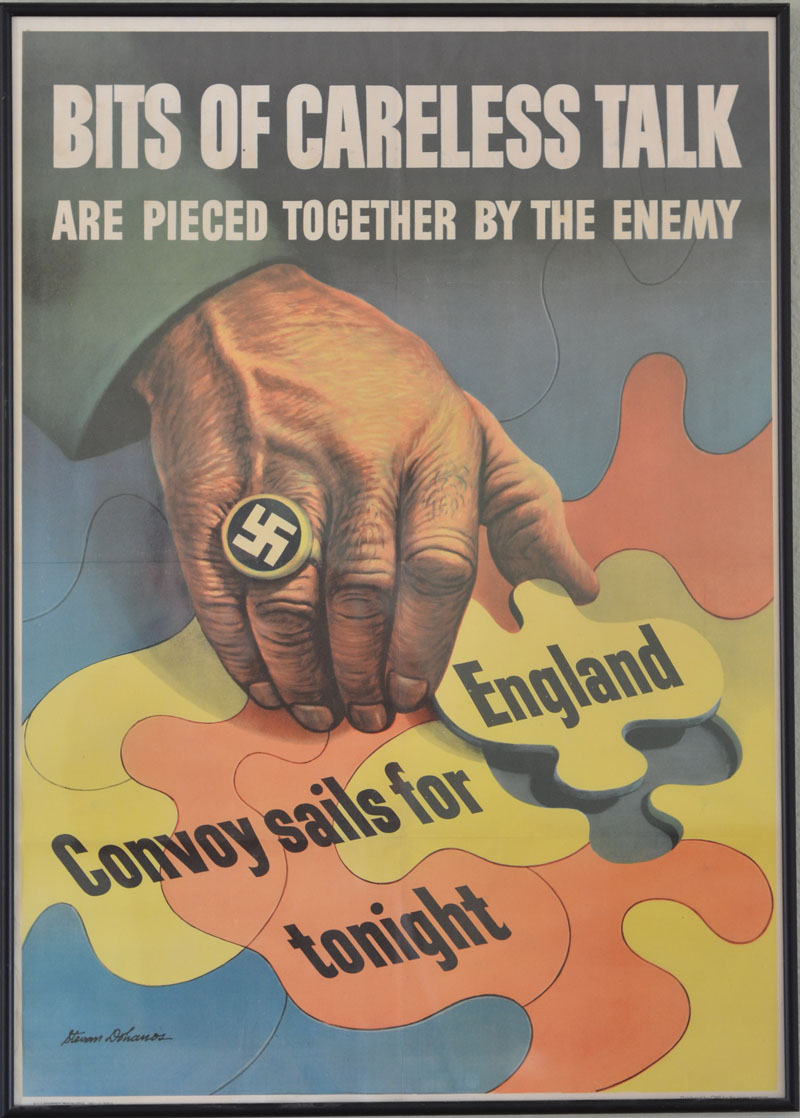 This is one of my favorites, but is not one we can hang in our living room. There is another poster that goes with this one, but we have not been fortunate enough to find an affordable one. Printed in 1943. 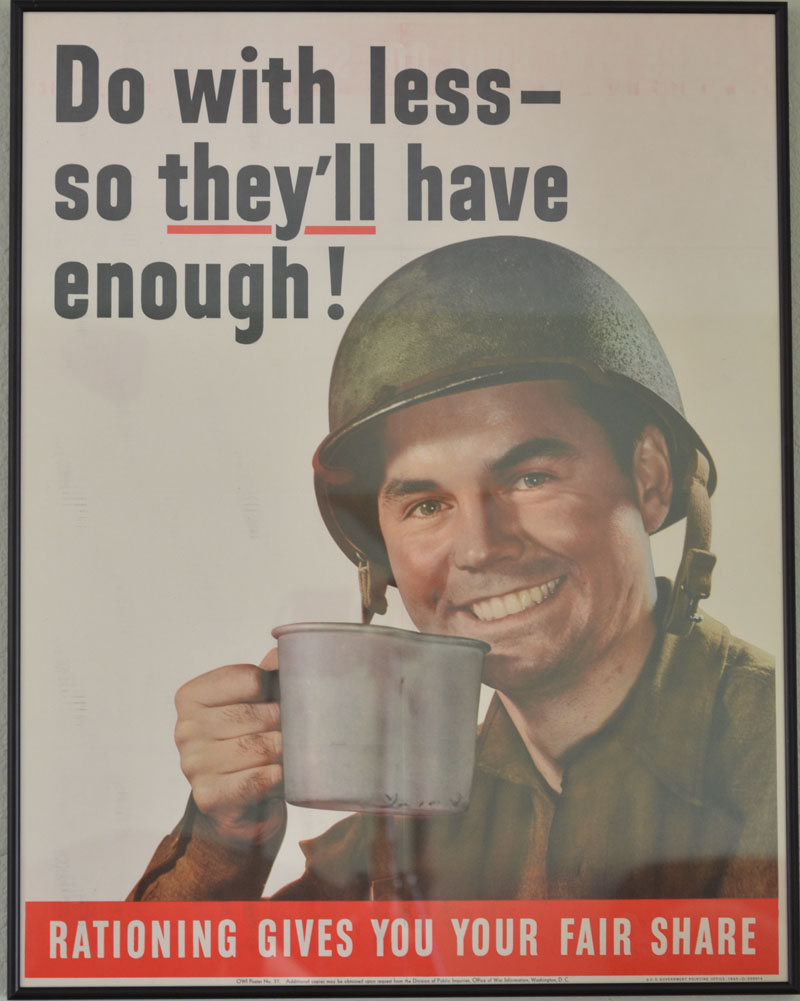 Altered versions of this image have circulated around the internet for a few years now. This is the ORIGINAL message. Printed in 1943. 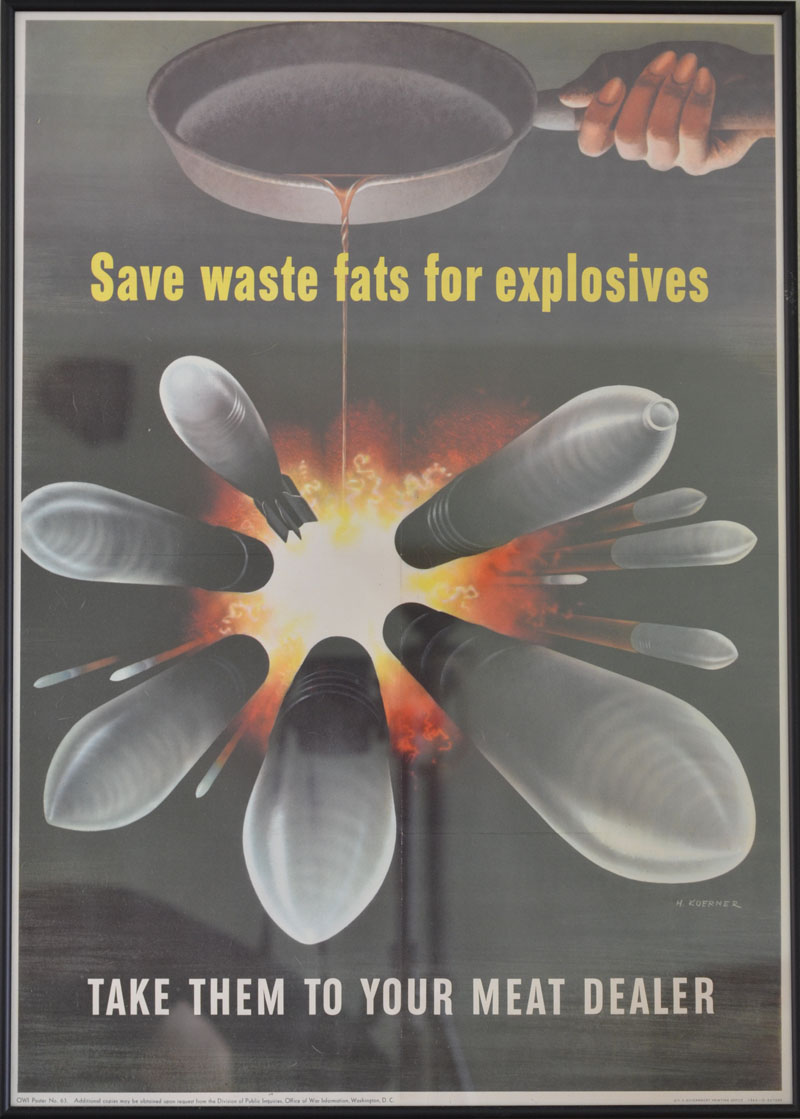 This is without a doubt our favorite. Turning bacon grease into explosives? How cool is that! This one was really hard to find. Printed in 1943. 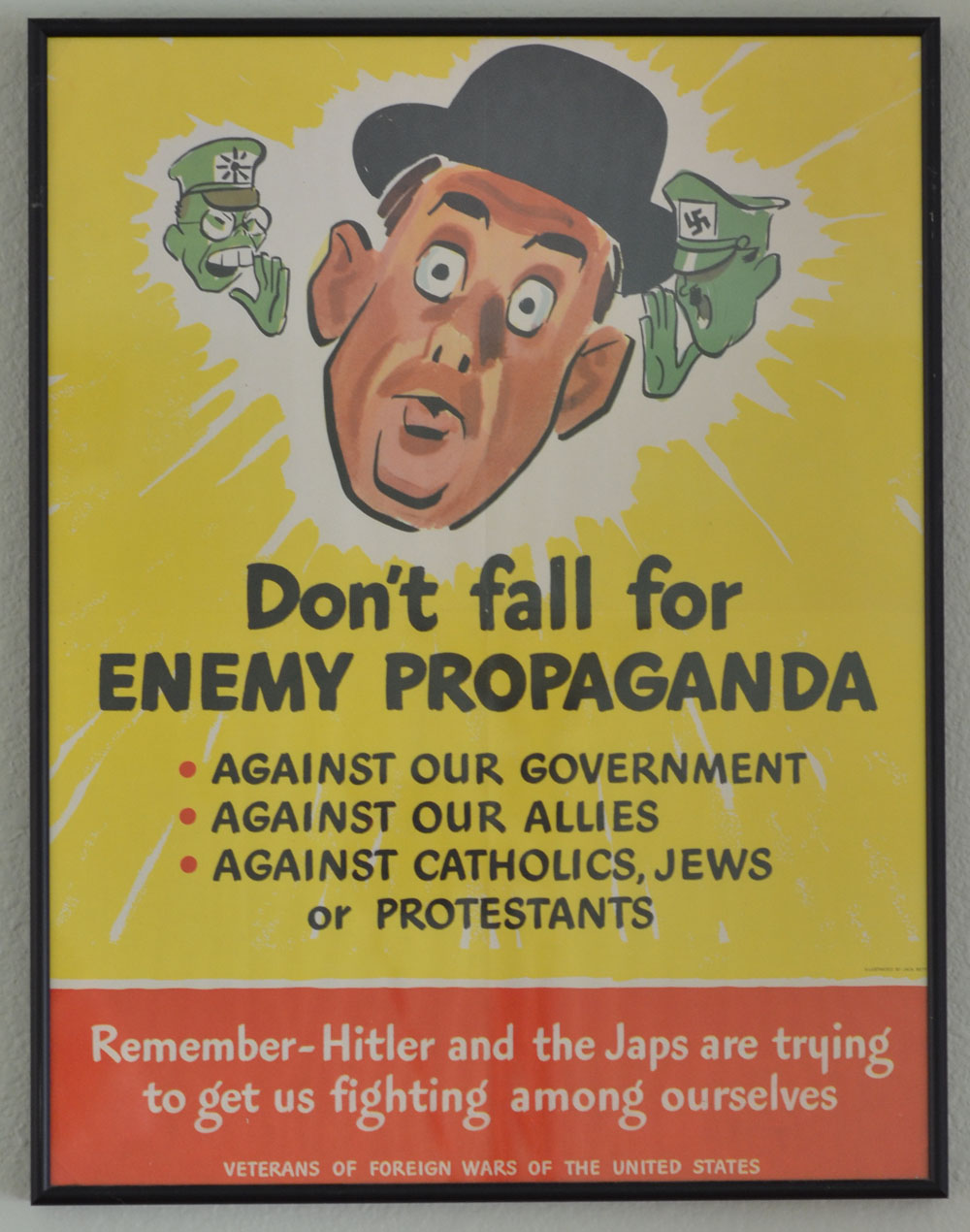 This one makes me laugh. Propaganda against propaganda! Printed in 1943. 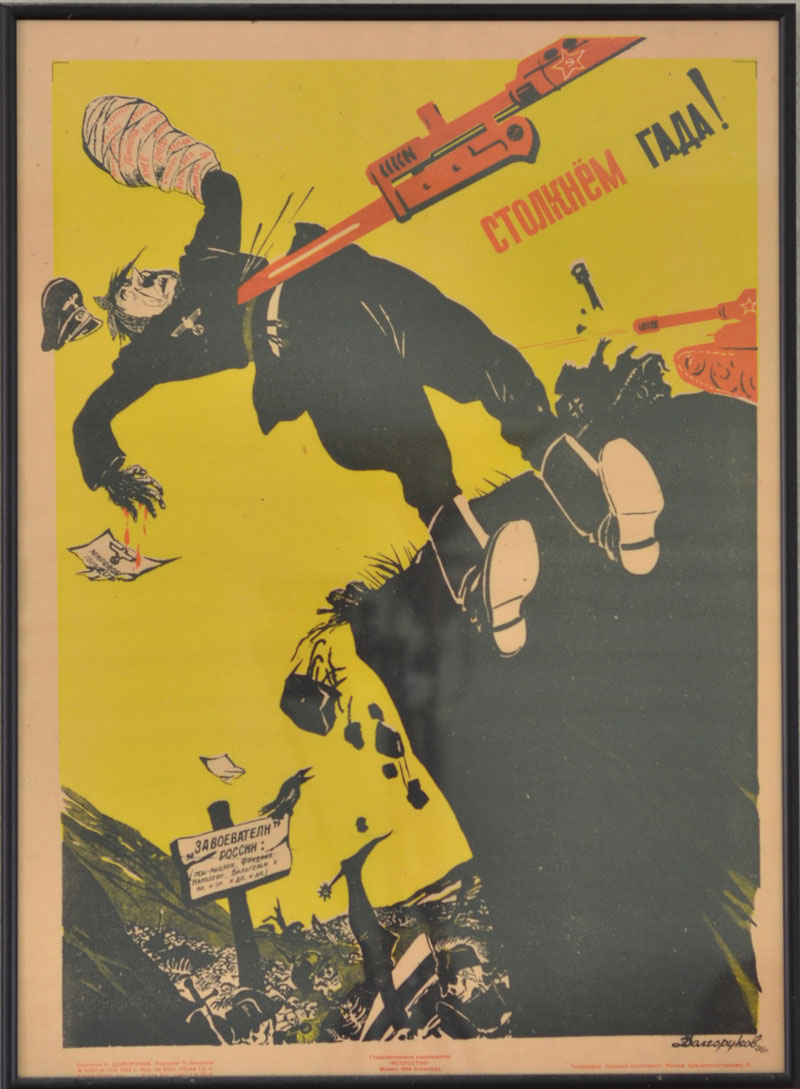 Another one of my favorites. This was a birthday present from my mom a few years ago. Thanks mom! Russian anti-Nazi printed in 1943. If anyone can translate this, let us know what it says. 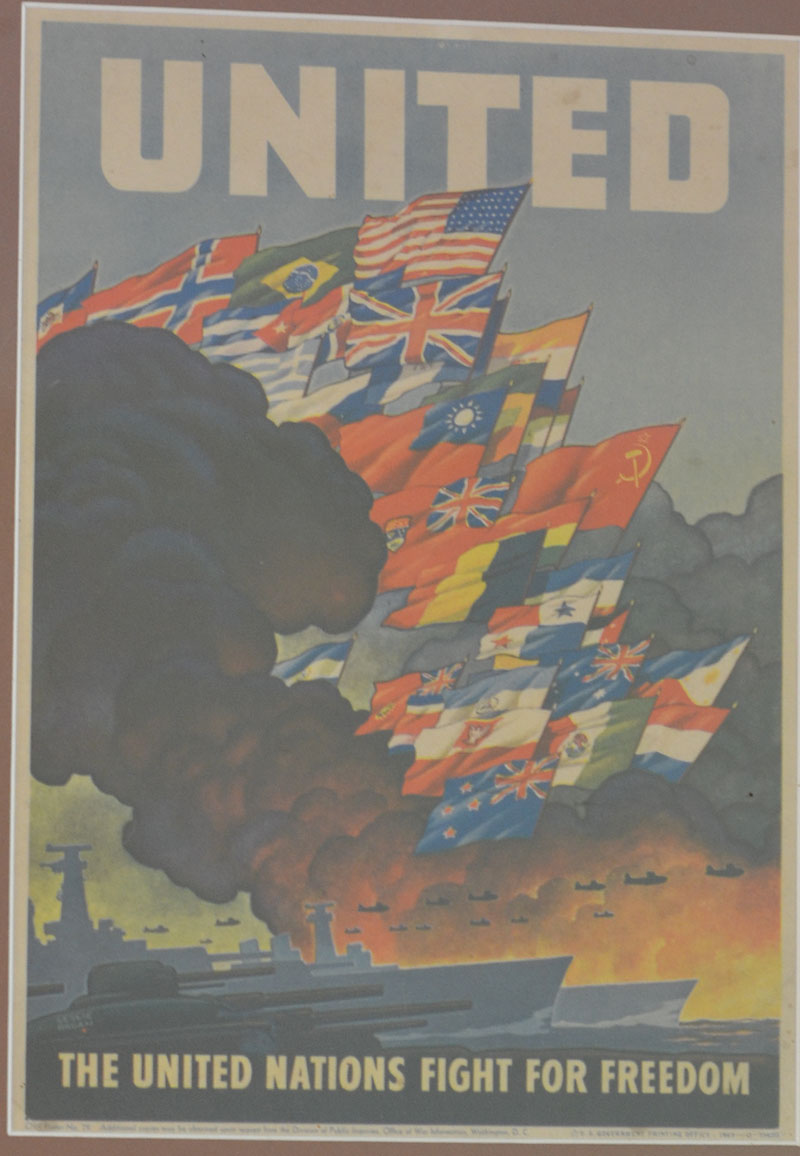 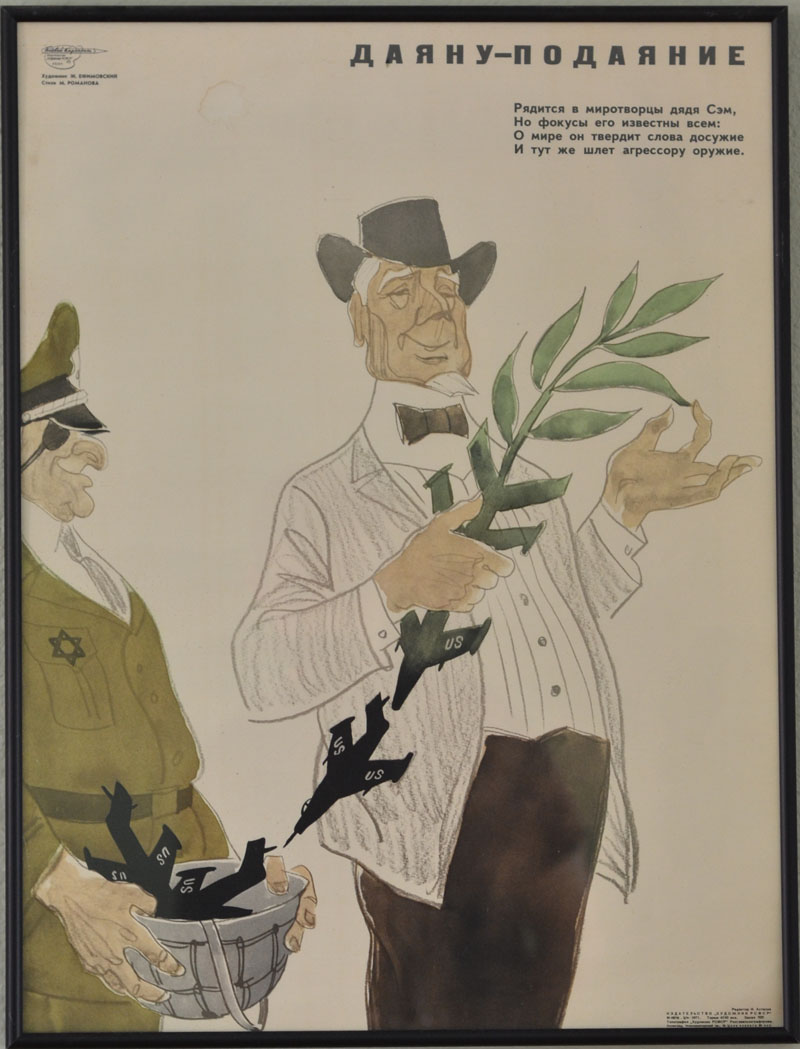 Anti-American or anti-Israel? Or both? If anyone can translate, please let us know what it says. Printed in 1977. 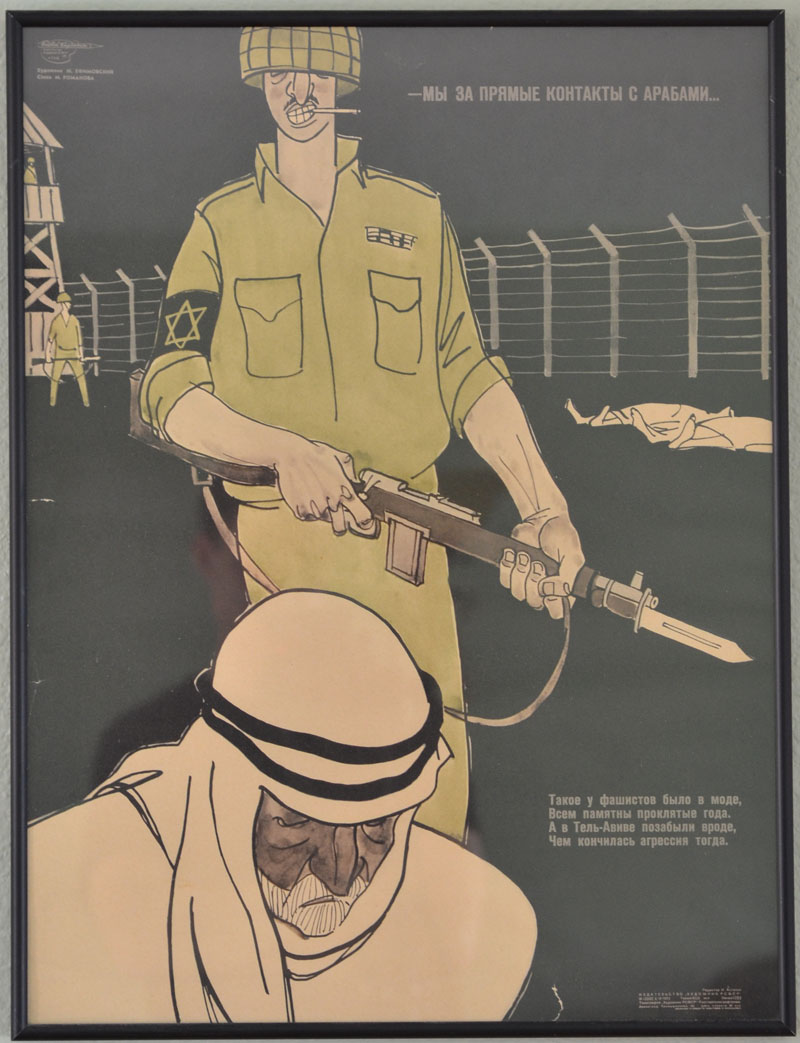 If anyone can translate, please let us know what it says. Printed in 1977. 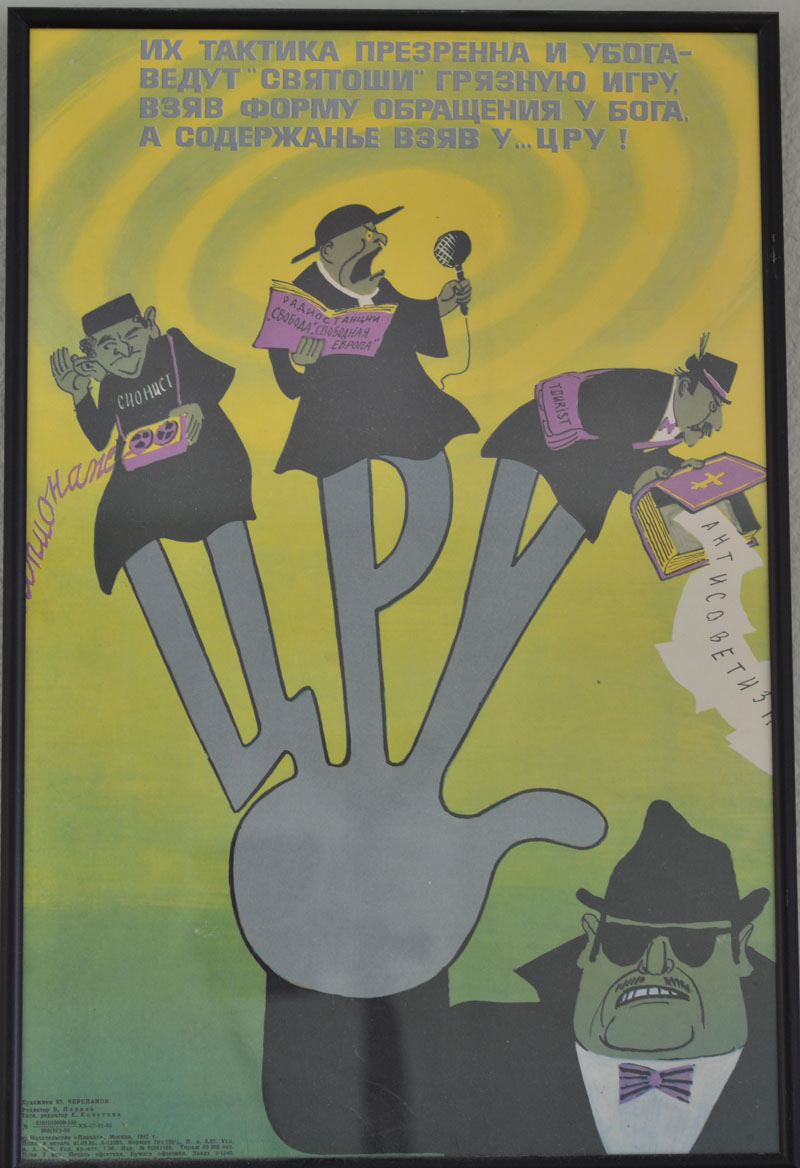 This is an odd one. We found this at Seattle’s Pike Street Market a few years ago. Translation, anyone? Printed in 1985. 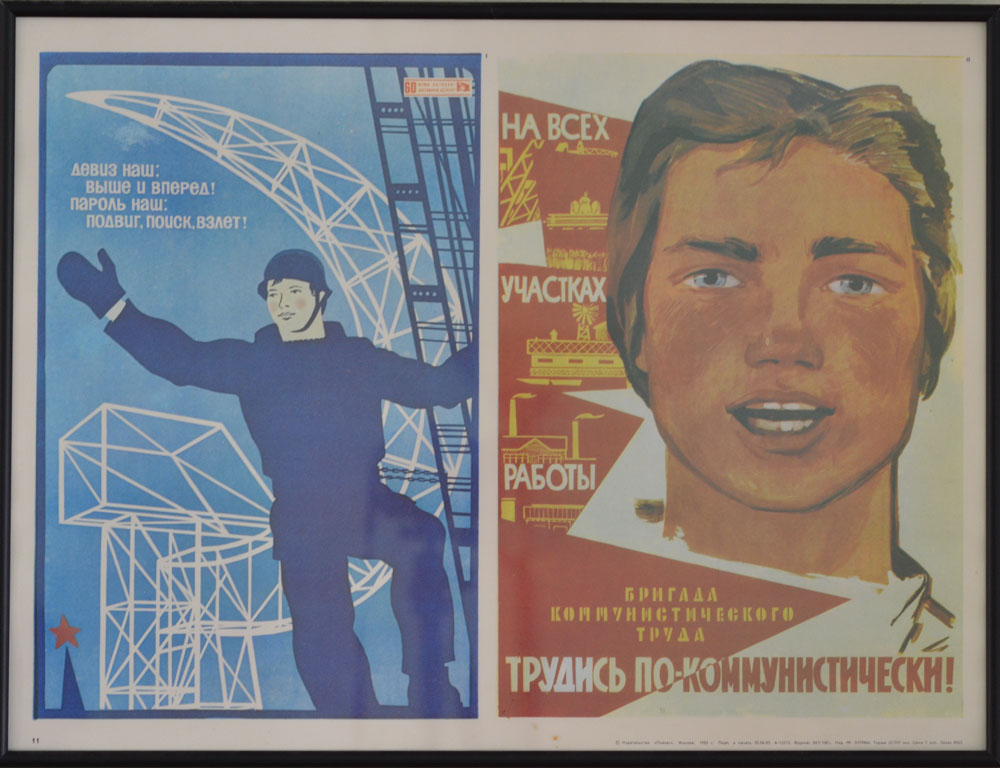 I believe this was a commemorative poster. Translation? Printed in 1983 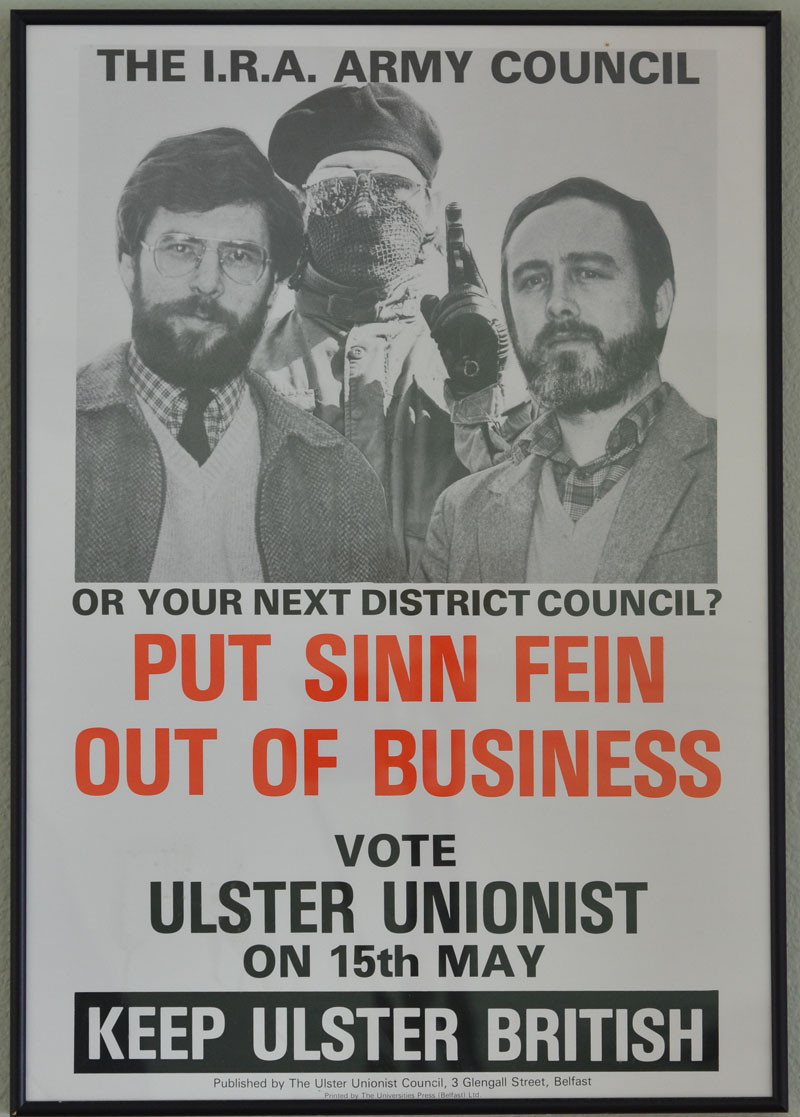 An interesting poster from Ireland. Not your standard political campaign. It will be interesting to tour Northern Ireland on our trip.