A couple of days before leaving Portland to start our around-the-world adventure, the Oregonian Newspaper got word about our trip and wanted to interview us for an article. We agreed and the reporter, Kristine Thomas, met us at our temporary apartment, Beervana. We didn’t know what to expect, as we had never been interviewed by a newspaper before, but Kristine showed up and it went really well. It turned out that she was well traveled and we had a great time answering her questions and talking about our upcoming trip and she told us about some of her own adventures while traveling. Afterwards, we posed for some photos and that was that.

We left Portland on November 1st and wondered when the article would get published. On Saturday November 10th, I got an email from someone that had found a balloon with one of our business cards attached. The day before we left Portland I had laminated a couple of business cards that said, “Contact us if found” on the back, and attached them to two helium balloons that my employer had given me at my Bon Voyage party.  I had done similar things when I was a kid to see how far the balloons would travel, but never had much luck. When Kerri and Sydney came to pick me up on my last day of work, Sydney launched the balloons from the parking lot of my work and we watched them float to the north and discussed if Santa Claus would get them, or where they would end up. While they didn’t go as far we had expected, the person who contacted me sent the following message:

“I was visiting my parents yesterday evening, and they had a blue star-shaped balloon in the living room. My dad had found it on the property the day before tangled up in some blackberries. He figured it was a scam by a travel agency, but curiousity got the better of me so I checked it out online. Great story! I also picked up the newspaper this morning and saw an article about you guys – cool stuff!”

It turned out the balloon only traveled about 4 miles, which wasn’t as far as we had hoped. But it was great that someone actually did find it and contacted us. But what really blew me away was that we were in that day’s Oregonian Newspaper. We started to get other messages from people saying it was a great article, but we couldn’t find it online, nor get a copy as we were in Idaho. We pleaded with my grandparents, who happened to have a copy, if they would scan the article and send it to us, and we were very thankful that they did. The online article came out today and can be found here: http://www.oregonlive.com/clackamascounty/index.ssf/2012/11/oregon_family_embarks_on_a_2-y.html 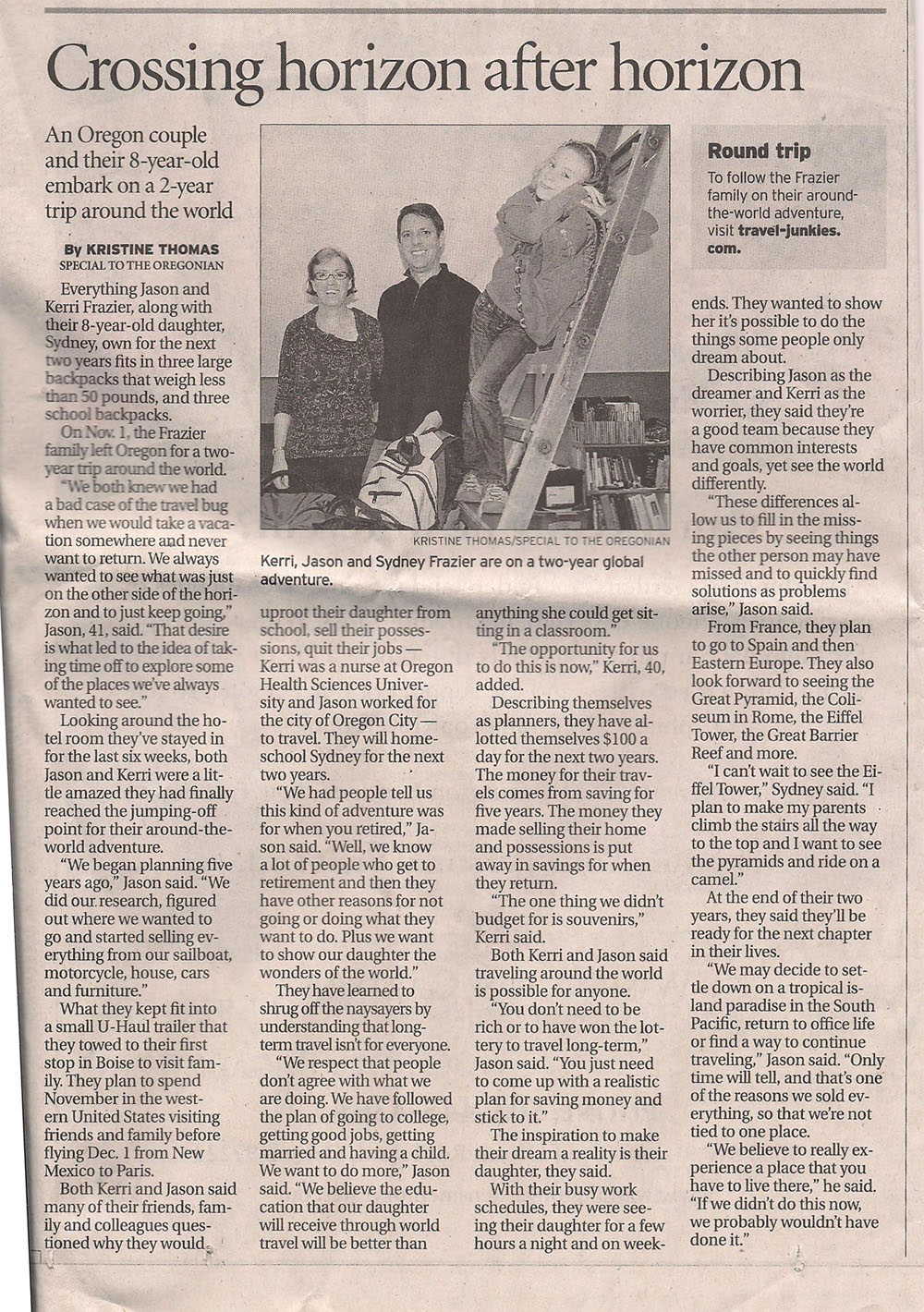