Petroglyph from the Pueblo Indians 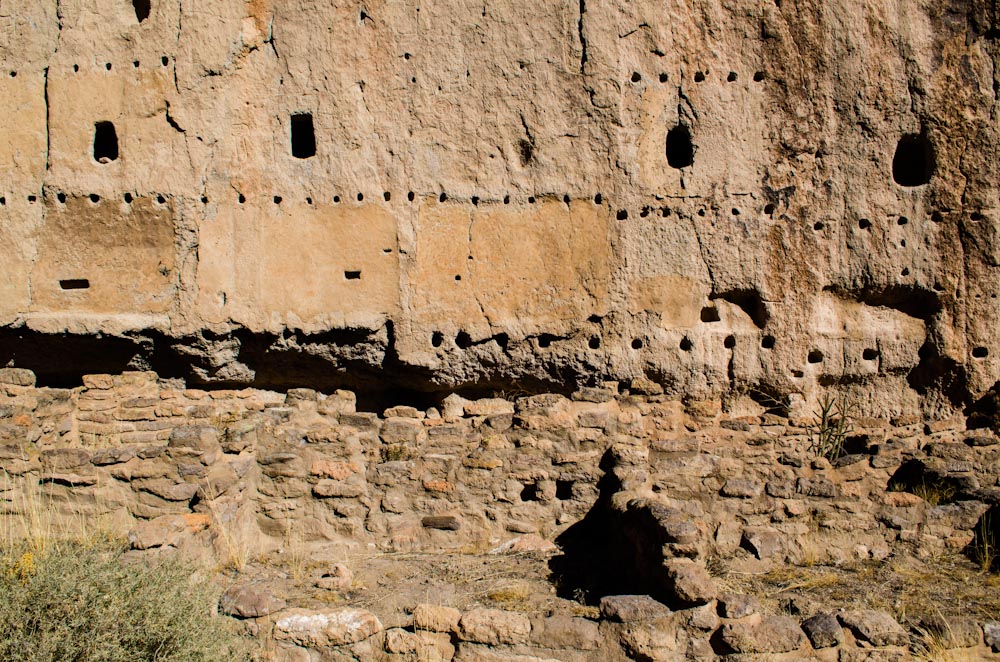 Each cave had a adobe home in front of it. The small round holes above and below the cave are anchors for the roof beams. 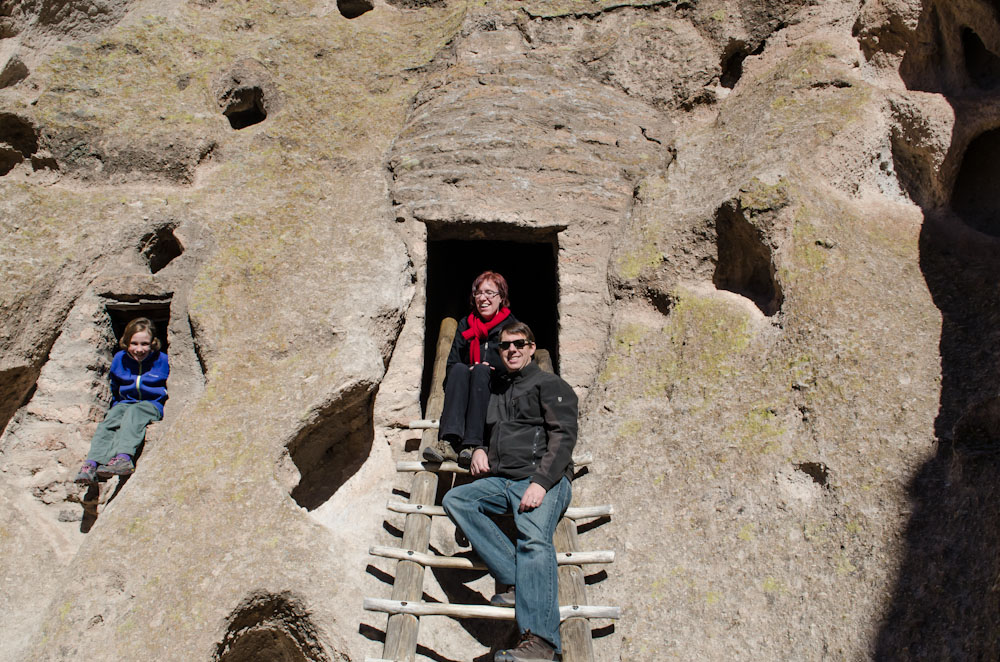 Mom, Dad, and I at Bandelier. 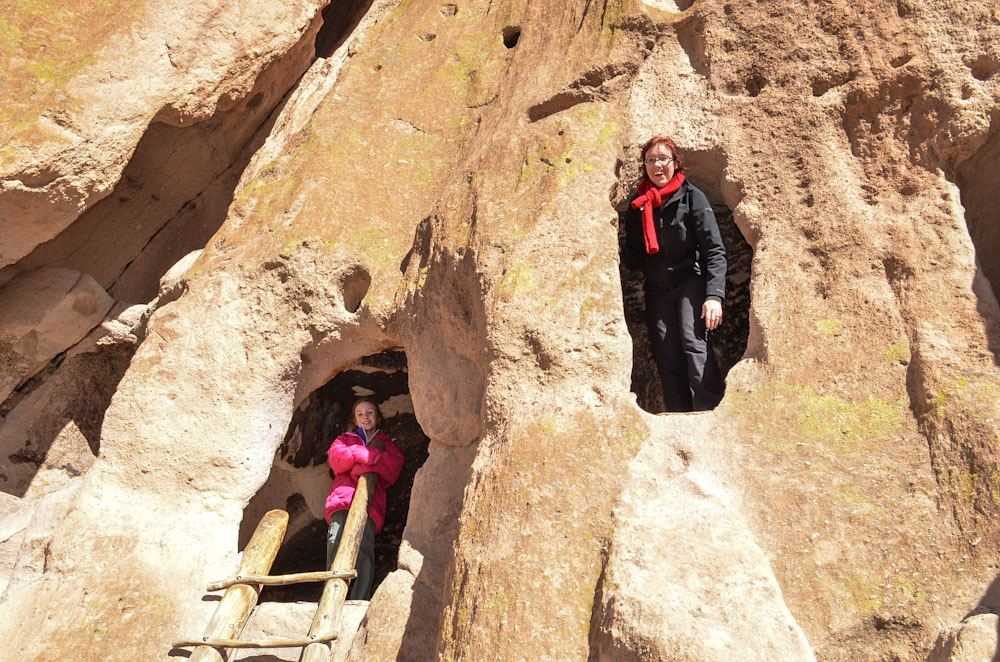 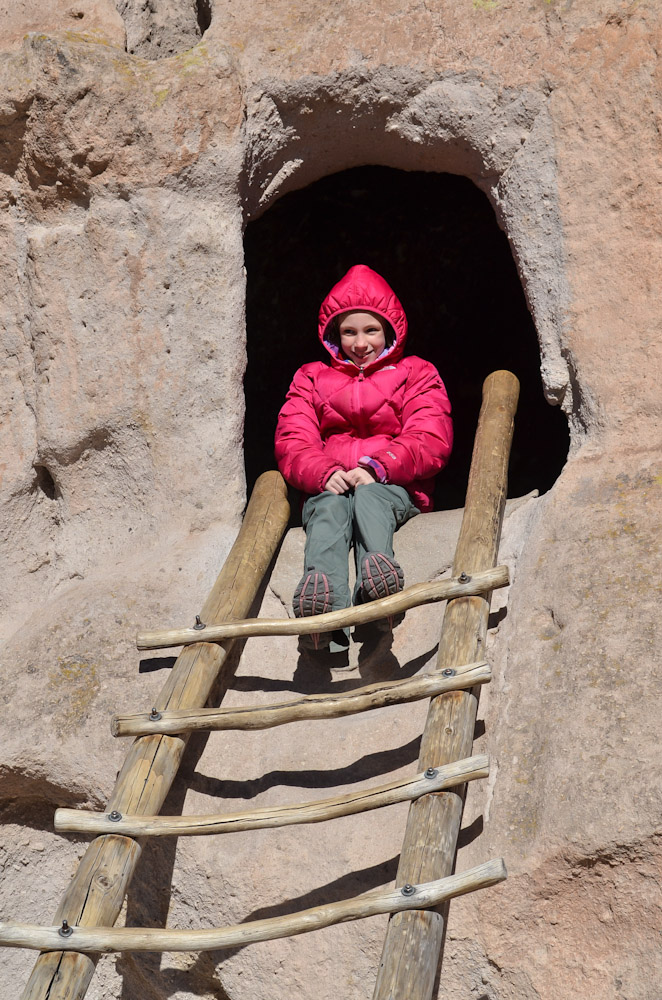 Exploring the caves at Bandelier. 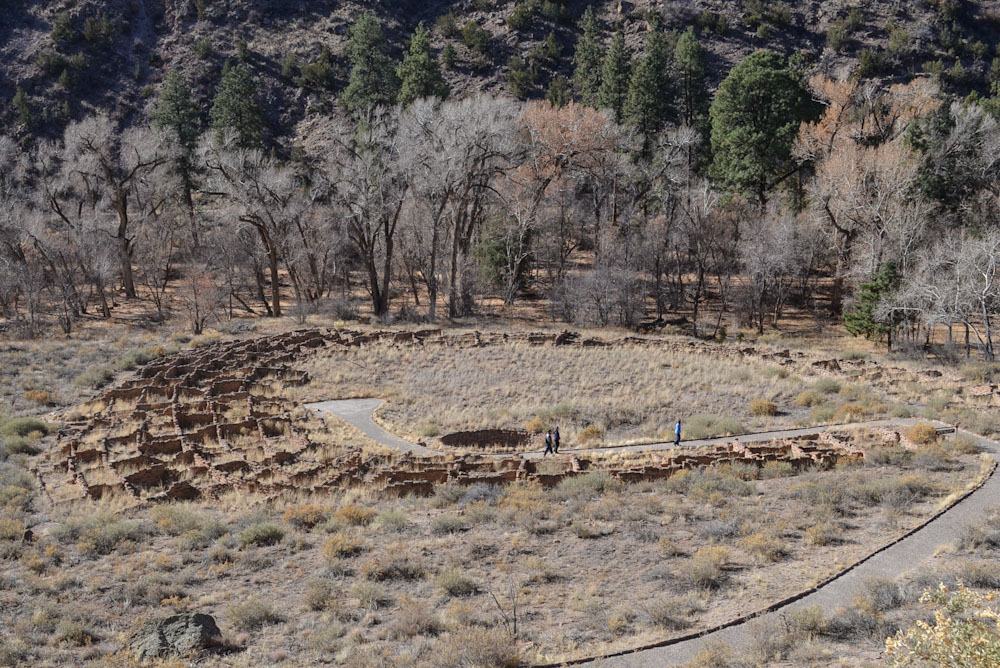 Ancient Pueblo ruins on the floor of Frijoles Canyon at Bandelier.