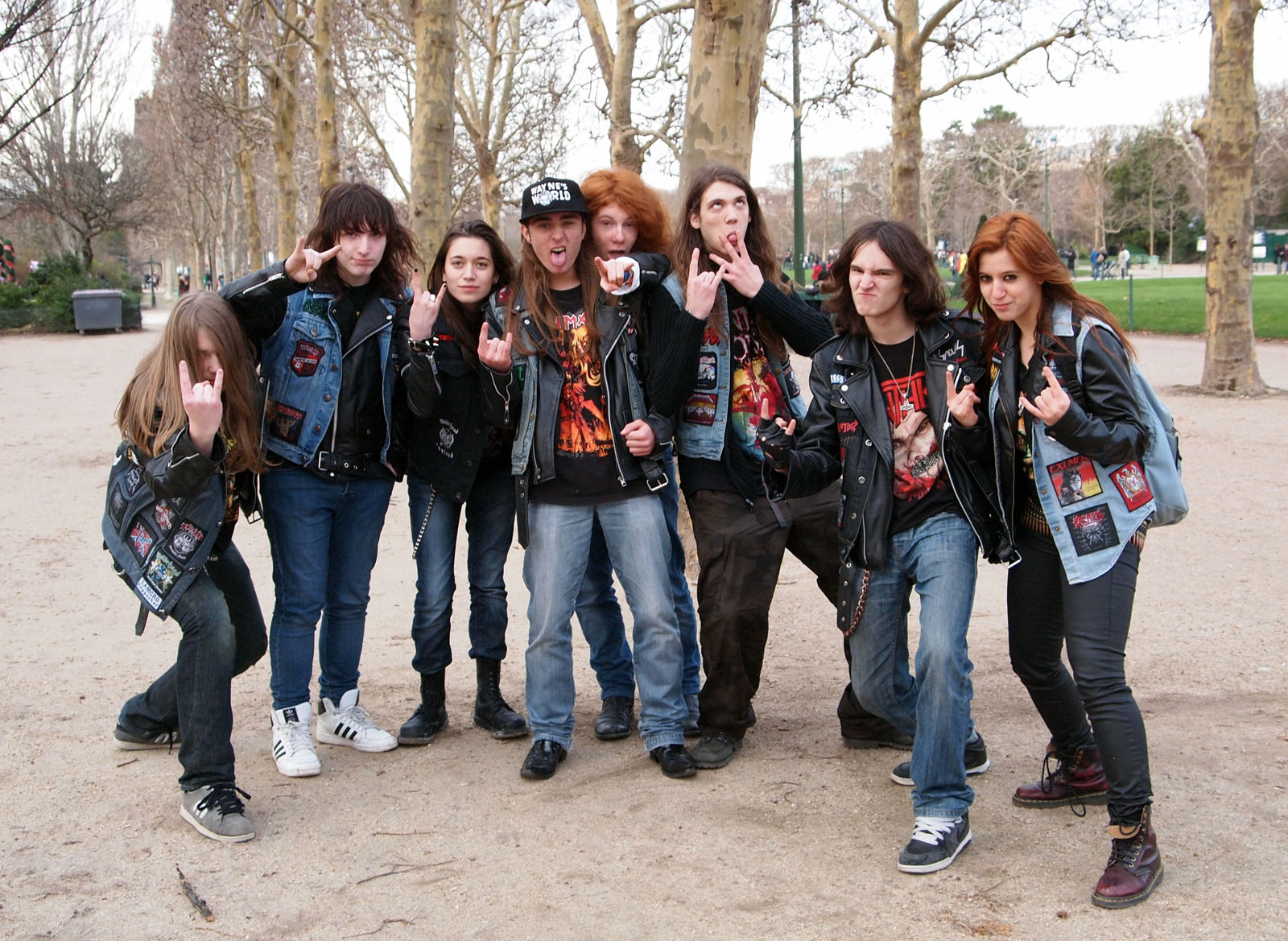 After nearly a month of the typical Paris fashions something different really jumps out at you. In Paris, everyone looks the same. Black wool coats, tight pants, skirt with tights and boots, and everything in dark or drab colors. They seriously look like clones after awhile. So, when we were walking through the park in front of the Eiffel Tower and came across this motley group that looked like they were right out of my 1980’s high school, I had to stop and take a photo. The back of their jackets had giant patches displaying heavy metal bands such as Metallica, Slayer, Judas Priest, and others. I really wanted a shot of the back of them with the backs of their jackets showing, but did not want to shoot from afar without their permission. So, I walked up to them and pointed to the camera and asked, “Photo?” while pointing at them. They turned around from their huddle and looked at me curiously. I was not sure if they were going to beat me up or give me the photo I wanted. They did not speak English and I did not speak French, but they quickly grasped what I wanted and posed for a photo. I got the camera ready and then did something to make the shot more dynamic. I gave them the international sign of heavy metal, “the horns.” After that, they did what you see here and what I feel is a great shot. This is NOT your typical Paris!