I have a confession to make. Despite our short time here, I have fallen in love with the Provence Region of France, more specifically Arles, France. I love the shuttered houses with muted colors and the narrow winding streets. I also love the food, which seems to be a fusion from Italy, France and Spain. But I especially love the Provence region for its’ Roman history. Some experts say that this region has some of the best-preserved Roman ruins, and even better preserved than in Italy. 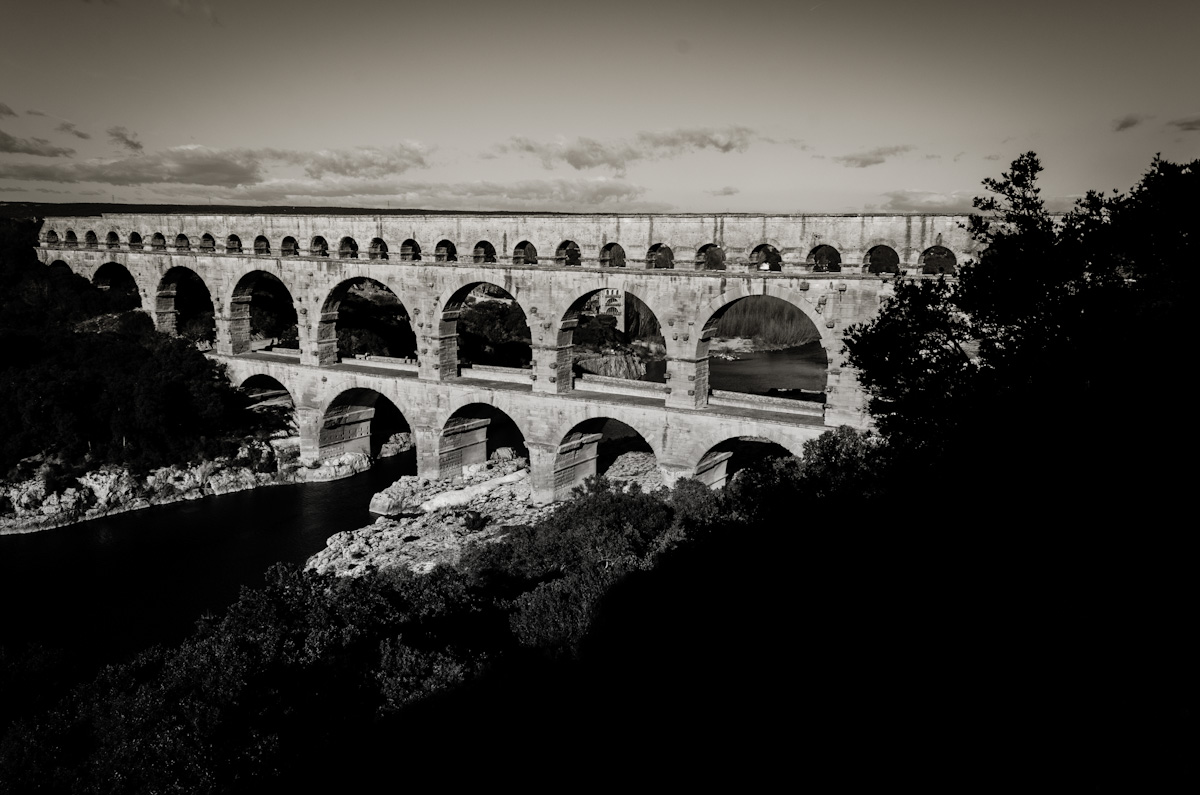 Since arriving, we have been able to see several marvelous Roman ruins in the town of Arles itself. However during our first couple days in Arles, we took advantage of having a car and went to the UNESCO world heritage site of Pont du Gard. Pont du Gard is approximately 30-minute drive from Arles. After our initial experience with photo radar while driving from Paris to Arles, Jason diligently followed all speed limits signs and aided with our Provence Region Michelin Map we made it to Pont du Gard with minimal wandering and hopefully no tickets. Once arriving at Pont du Gard, we drove to the parking lot but with dismay we discovered that it cost 18 euros to park. We promptly turned around and found free parking in the town of Remoulins. While looking for a parking spot, we had fun joking about the name of the town as it is similar to the name of an alien race in Star Trek. Although, we were able to find free parking with relative ease in Remoulins, I imagine it would a challenge during the summer. Once parked, we walked approximately 1.5 miles to Pont du Gard with a nasty headwind courtesy of the famous Provence Mistral winds. Despite the cold and constant winds the walk was all worth it once we made to Pont du Gard. 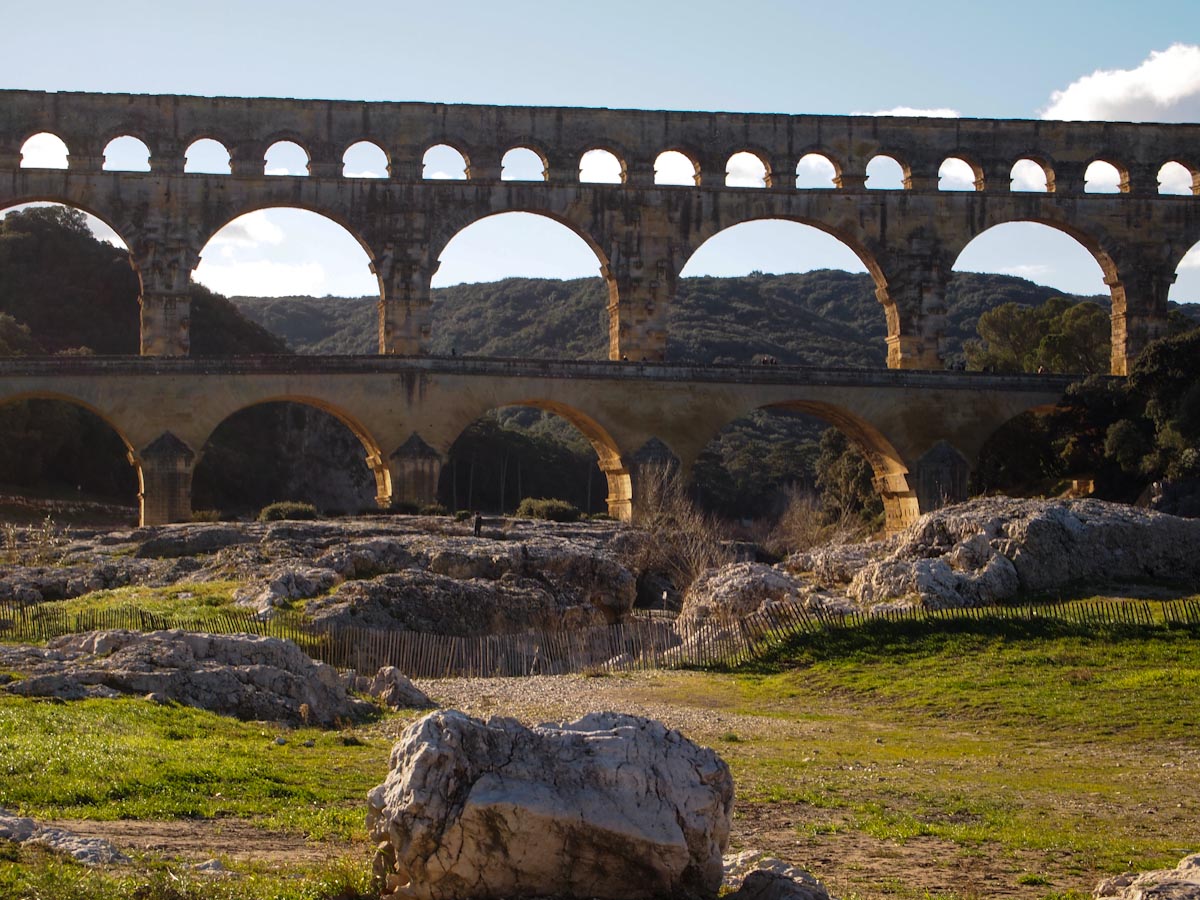 Pont du Gard is a Roman aqueduct-bridge built in the first century AD that spans over the Gardon River. It is just a small section of a larger aqueduct system that stretched over 30 miles from Uzes to bring water to the Roman town of Nimes. It is truly an amazing piece of Roman engineering. During the summer, people enjoy the day by sunbathing along the river, swimming, kayaking and diving off the rocks into the Gardon River. Unfortunately for us it was way too cold for any of those activities, so instead we had fun exploring the aqueduct. There are several trails around Pont du Gard including a trail that leads up a hill to a great viewpoint. 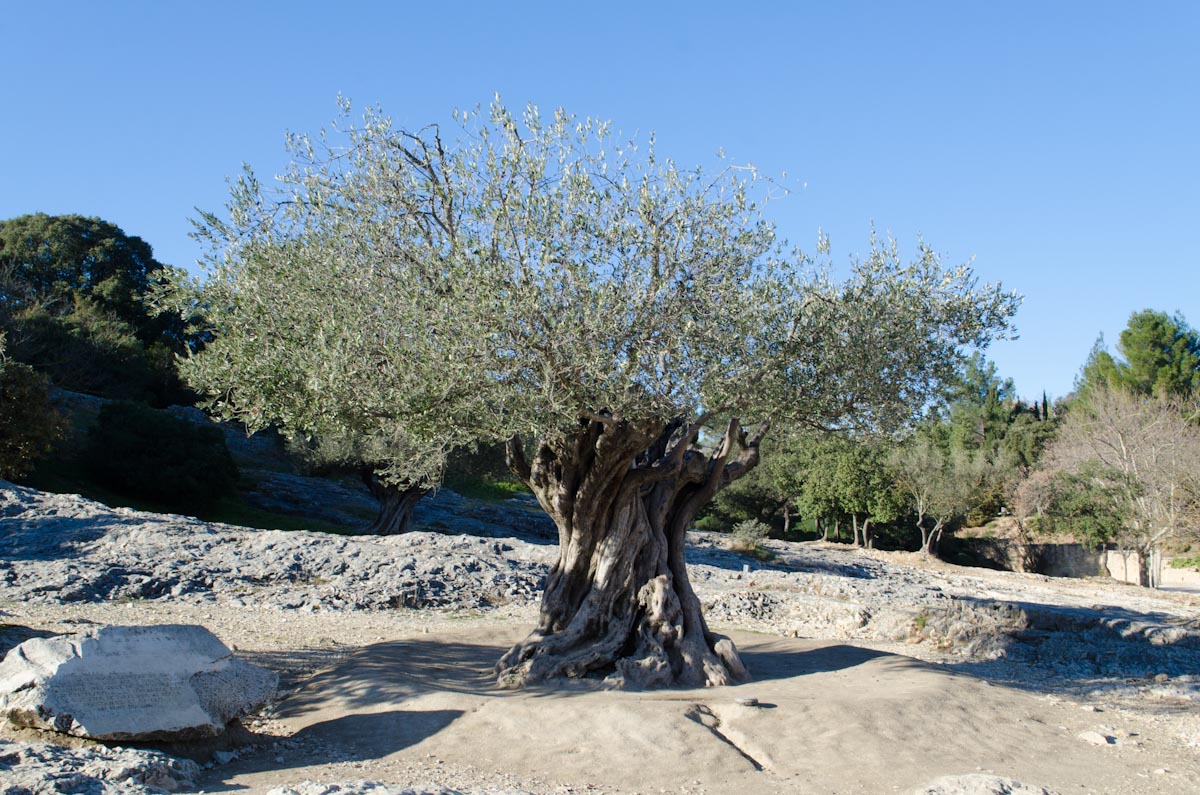 After crossing over the Pont du Gard, we passed several huge olive trees that were planted in 928 A.D. and we headed to the free museum. Wow, is all I can say about the olive trees. I have never seen a tree that old before. Pont du Gard has an excellent museum for both adults and kids and the material is in several languages including English. Sydney had fun learning about Roman Numerals and weighing food. Jason and I enjoyed learning about Roman engineering of the aqueducts and plumbing. I had no idea how intricate Roman plumbing was with faucets, ability to heat water, and “flushing toilets.” It is startling to think that after the fall of Rome much of this technology was lost for centuries. After a great day of sightseeing and exploring, we made our way back to our car with of course another headwind. If Provence Region of France is on your list of places to travel, Pont du Gard is a must see!