Shhh….I have a secret to share; I have found a place where you can get drunk on amazing wine for cheap, and the food is so good that you are guaranteed to increase your pant size if you stay too long.  What place in the world could be that good?  Okay, I will confess, it’s the Provence Region of France.

Before we left on our around the world trip my husband, Jason, frequently talked about how cool it would be to buy fresh, local foods daily.  Secretly, I did an eye roll and thought about how it sounded like drudgery.  I use to hate going grocery shopping and viewed it as a chore.  This chore occurred usually on Saturday or Sunday, depending on how busy our weekend was, and it became a race for me to get it done before my husband would venture out to shop.  He would frequently come home with such “treats” as hotdogs or ravioli in the can. Travelling to France, and especially the Provence Region, has dramatically changed my feelings about shopping and food. 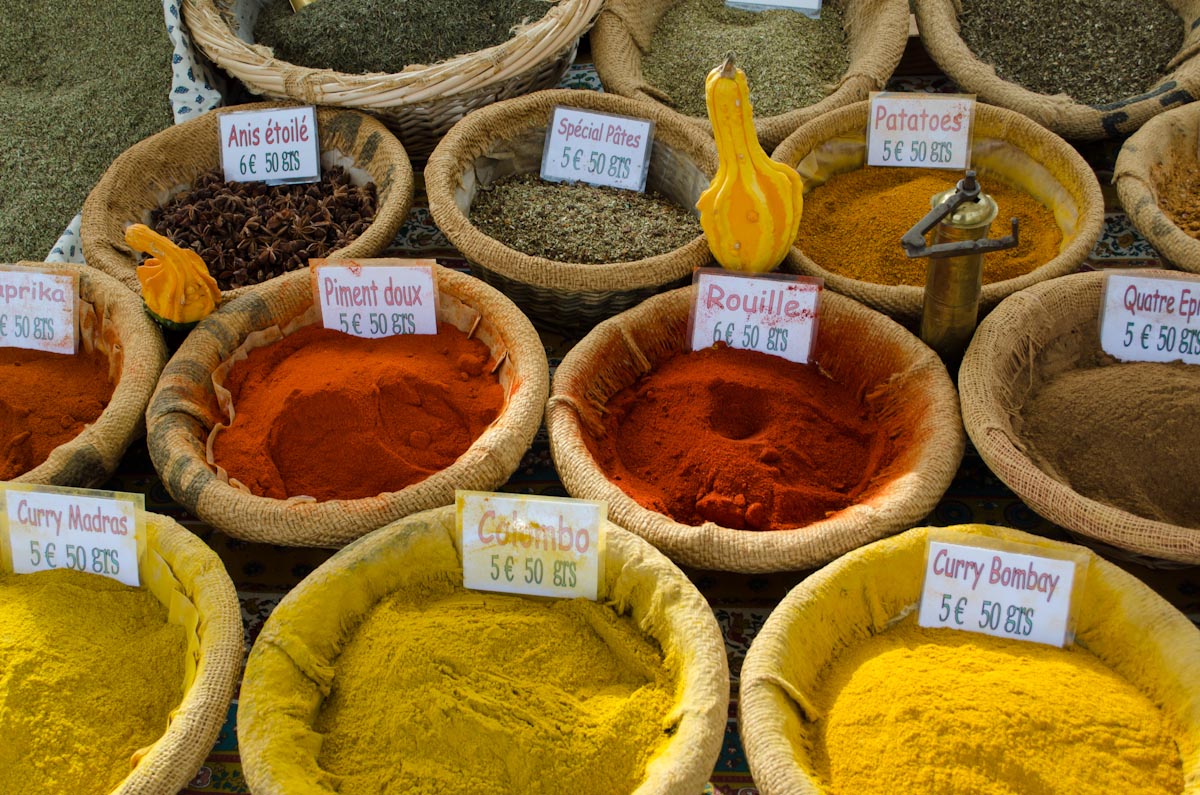 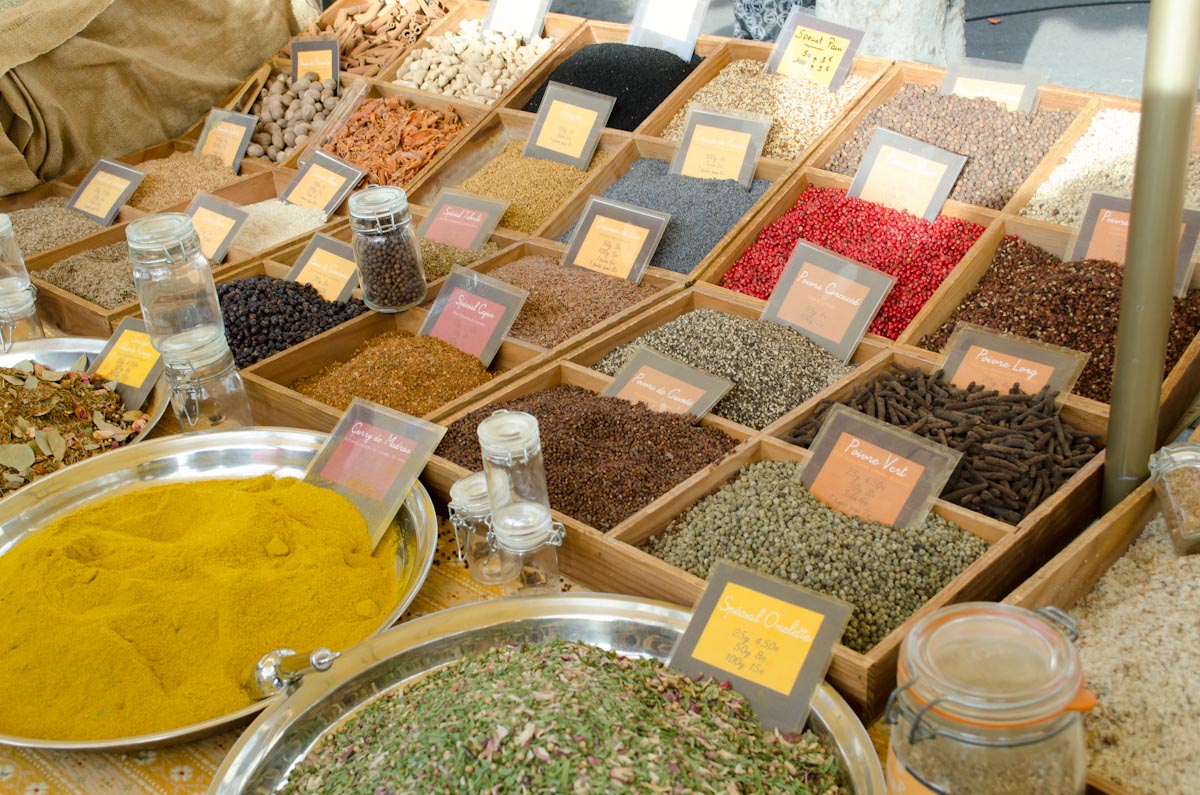 The food in the Provence Region is a fusion from Italy, France, Spain and North Africa that makes for an explosion of tastes.  This fusion is most evident on market day, which occurs on Wednesday and Saturday in Arles.  The market has everything from olives, sausages, breads, spices, to local artesian cheeses.  I have so fallen in love with the food and the market that two times a week I listen to Jason reminding me about our budget and how we need to stick to the list. I give an airy reassurance that of course we will stick to the list.  However, once I enter the market my resolve quickly evaporates.  During the market, Jason frequently has to literally pull me away from the different sellers before I spend too much money.  I have actually been guilty of blowing our daily budget on cheese alone.  But it was really, really, really good cheese.  Who could possibly pass that up? For the French, it is not about what is cheapest, but it is about the taste and quality.  There is a sense of pride around the food.  I love the fact that my daughter, who previously frequently refused to try new foods, since coming to France has been much more open.  She has discovered that she loves all kinds of cheeses including moldy cheeses.  According to her, the scarier the better.  I have also challenged myself in being more open about trying new foods and found that I actually like green olives.  Jason who has always been adventurous in his food selections has been enjoying the multitude of options.  The other day, we were talking to our landlord and we mentioned how much we loved the food of Provence.  He then proceeded to state, “Well it will probably be all down hill from here.”  I keep on thinking I certainly hope not.  I am just discovering how wonderful food can be.

In the US, a minority of people try to buy fresh, local, in-season foods, but it can be very difficult to do so and tends to be costly.  Before we left for France, Sydney was interested in learning where food came from.  We went to several local grocery stores and a farmer’s market.  At the local grocery store, we found very few foods from the US.  This was especially true for the vegetables and fruits.  We saw tomatoes and mushrooms from Canada, grapes from Chili, avocados from Mexico and it when on and on and on.  At the farmer’s market, we were able to find produce that was local but it was significantly more expensive. 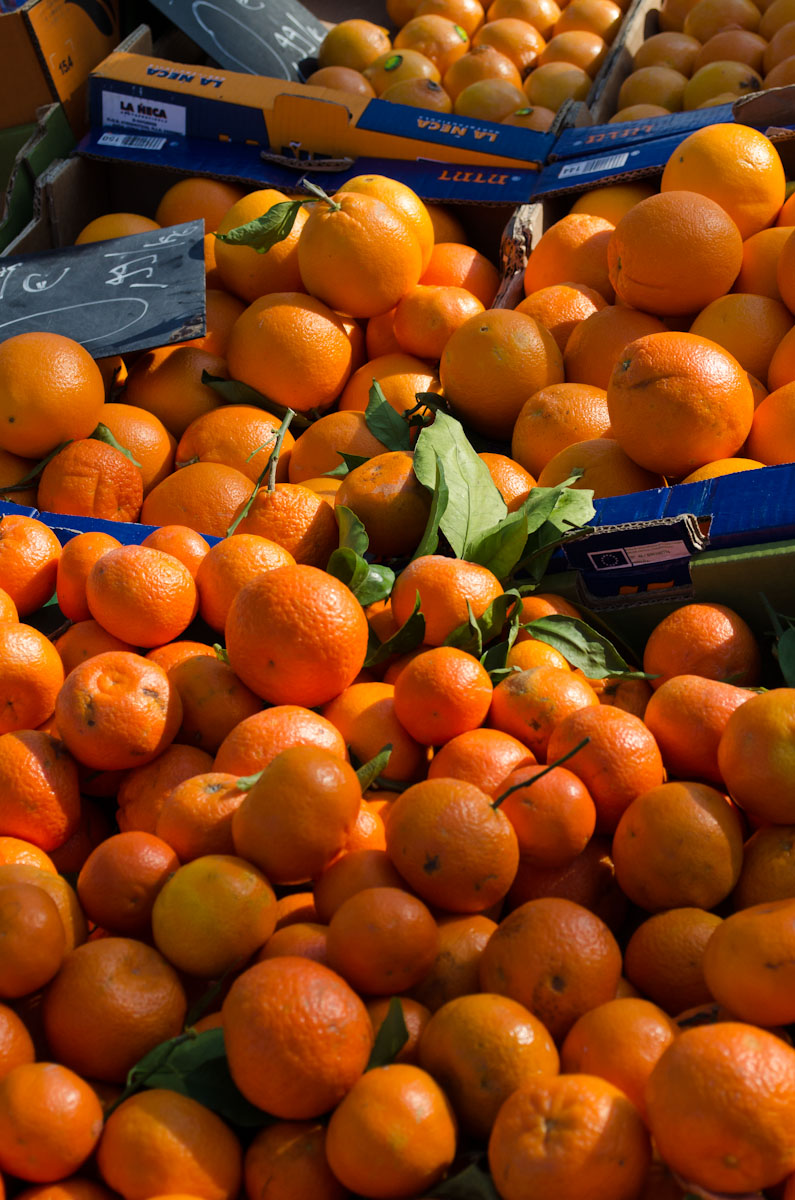 In France the opposite it true.  It is difficult to find food that is not from France.  This is true across the board, from the food found at the grocery store, to the corner store, to the local market, one has to look hard to find food that is not produced in France.  I love the fact that when I go to the market, I know that the vegetables have just been harvested and that I am buying directly from the local farmer.  I can see the dirt under the seller’s fingernails and the pride in his produce.  The prices at the market are very reasonable and can be even cheaper than what is found in the grocery store. 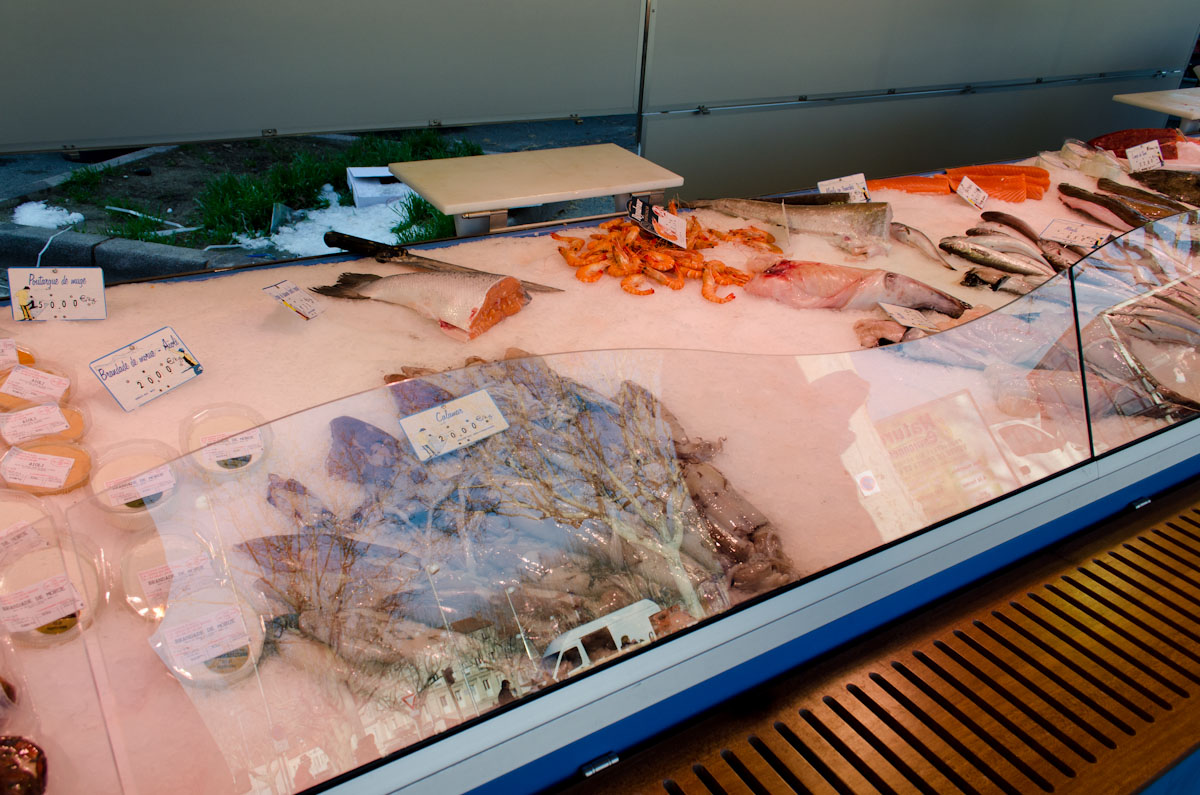 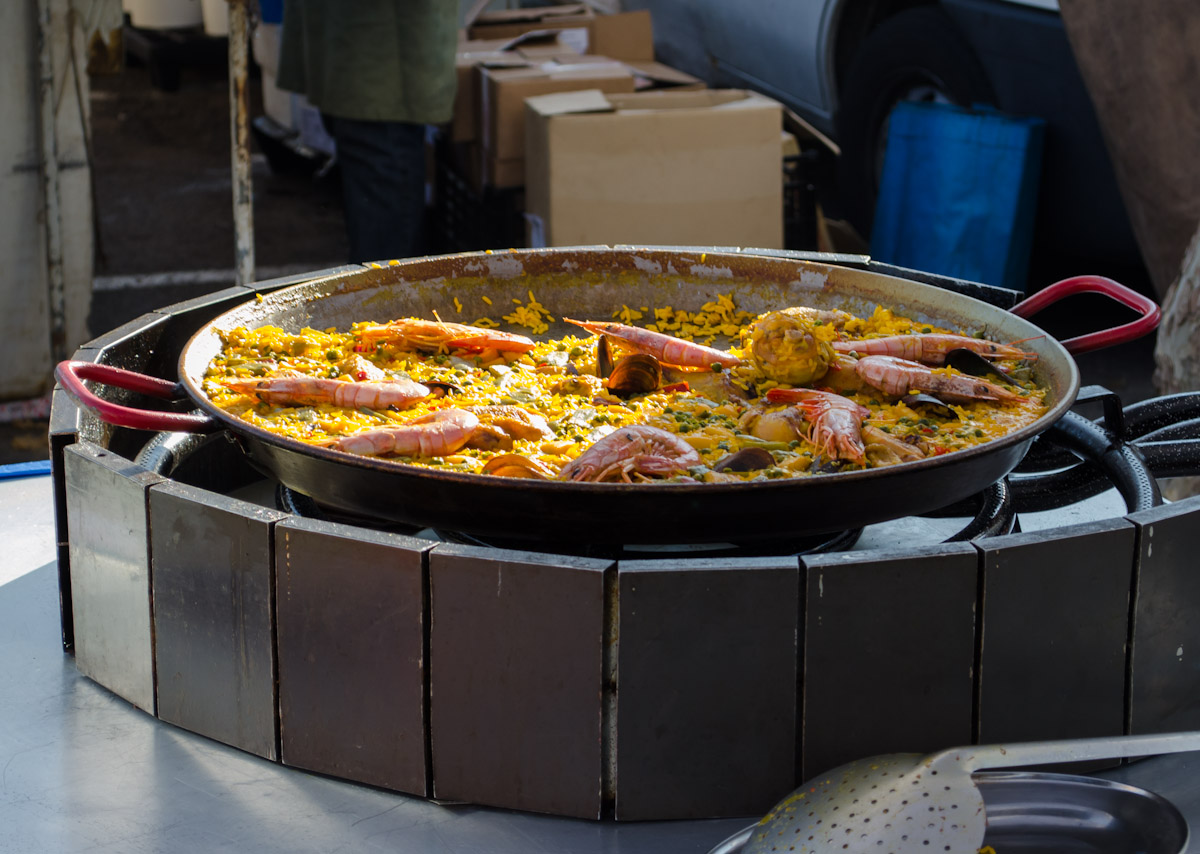 France unlike the US does not have mega grocery stores with Cosco size food portions.  Since coming to France, I have not seen a grocery cart, as daily shopping is the norm.  Since we have started to shop daily we have also noticed that we have minimal food waste.  Prior to traveling, I would routinely buy the same foods over and over and frequently end up with 2 or 3 of the same thing in the refrigerator.  The food would then end up rotting and I would throw it out.  I am embarrassed to say that when we left Portland I threw out a large garbage can of food left over from our freezer and refrigerator.  It made me sadly shake my head and think how wasteful I was. I am hoping that after we are done traveling, I will continue to be much more thoughtful about what I buy and how I consume food.

So, if you want to experience the most amazing foods at great prices, skip Paris and go directly to the Provence Region on the Cote D’Azur in Southern France.  You will not be disappointed and may never leave.