I got to speak with an archeologist. Her name is Catriona Murray, aka Cat. An archeologist studies about cultures and the history of humans. I liked listening to her and I liked her pictures. I got to ask her questions. 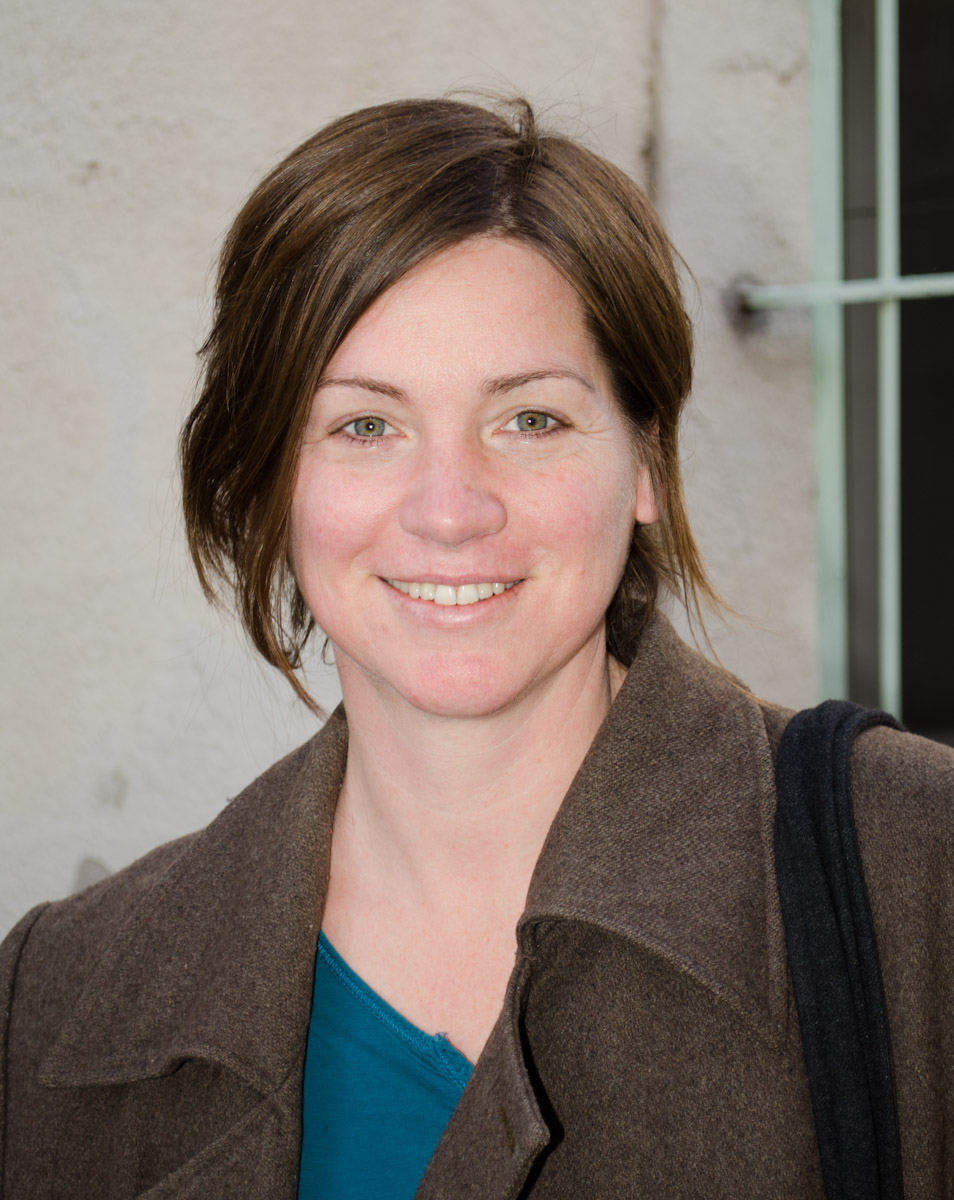 When she was 7 she liked archeology. When she was a grownup she became an archeologist. This is what it takes to be an archeologist. You need to go to college and study science, history, geography, and drawing.  I was surprised about the drawing. Drawings get more details then a camera.  Did you know that?  Even with the best lens the drawing is better, because there can be really tiny details.

Archeologist can dig up an area with a little shovel or a bulldozer. After they get down to the layer they want, they make a grid. A grid is to help you draw what you are trying to draw and map out the site. When they are done finding something they have to fill out paper work of what they found. 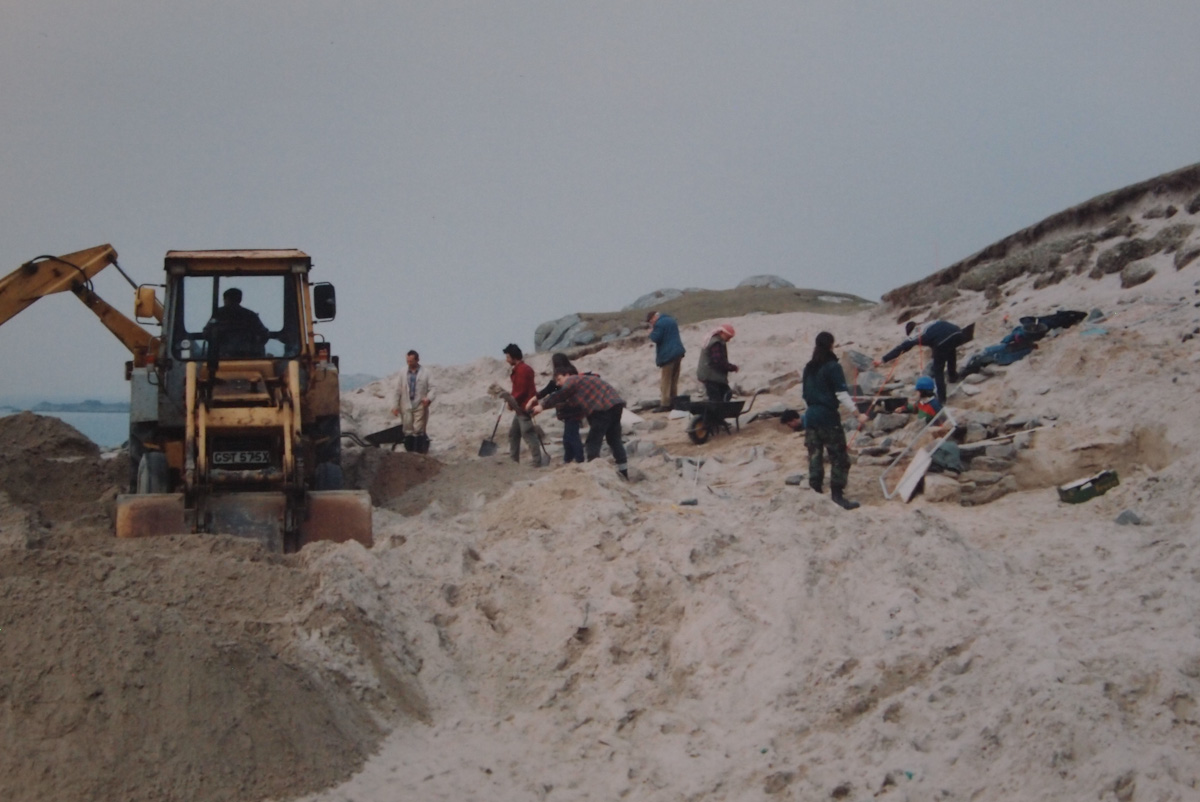 Archeological excavation on a beach in Scotland 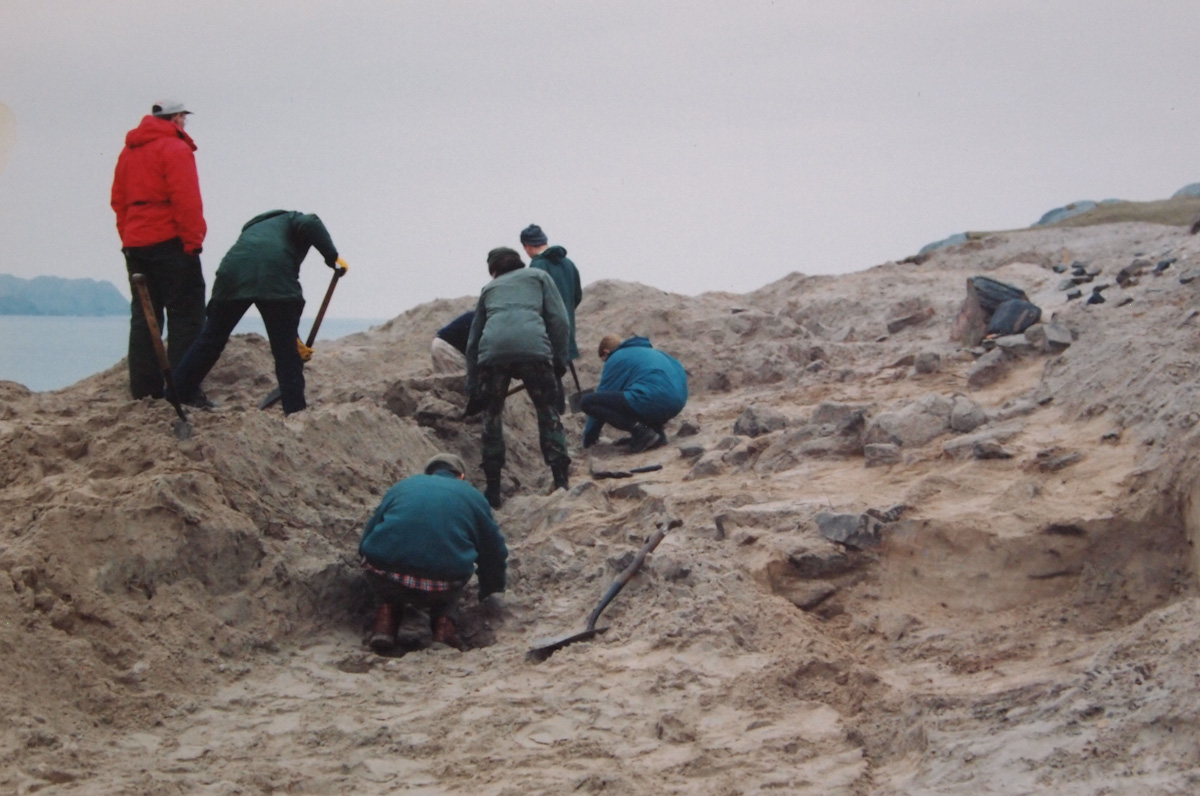 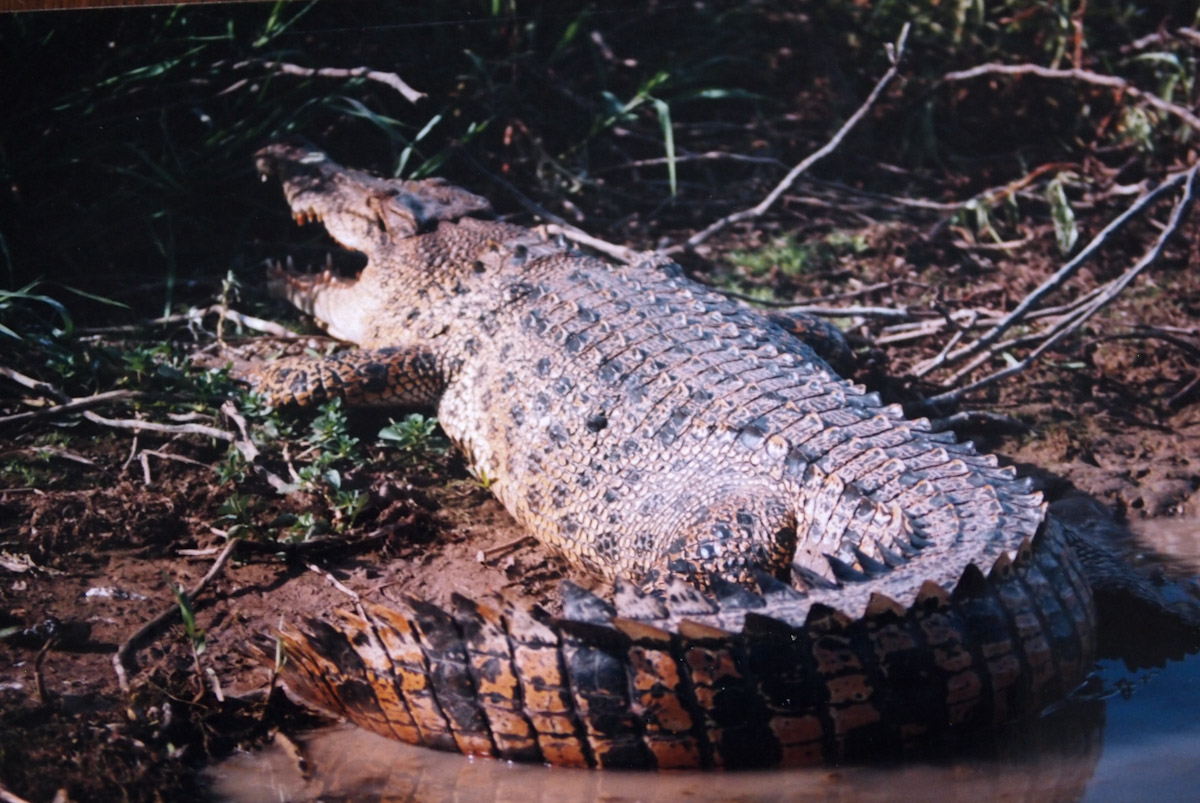 A crocodile in Australia Cat on a dig in Australia

Cat has done archeology digs in Australia, Scotland and France. Cat’s favorite things that she found were an Acheulian axe and Aborigine hand paintings in a cave. The axe was the size of a piece of paper. It was 200,000 – 300,000 years old. Cat liked the handprint with a grownup hand over a baby’s hand.  Here is how an Aborigine would make a handprint on a cave wall. First they put their hand on the cave wall. Next they put paint in their mouth. Last they spit the paint around their hand. I thought it was funny how they do it. 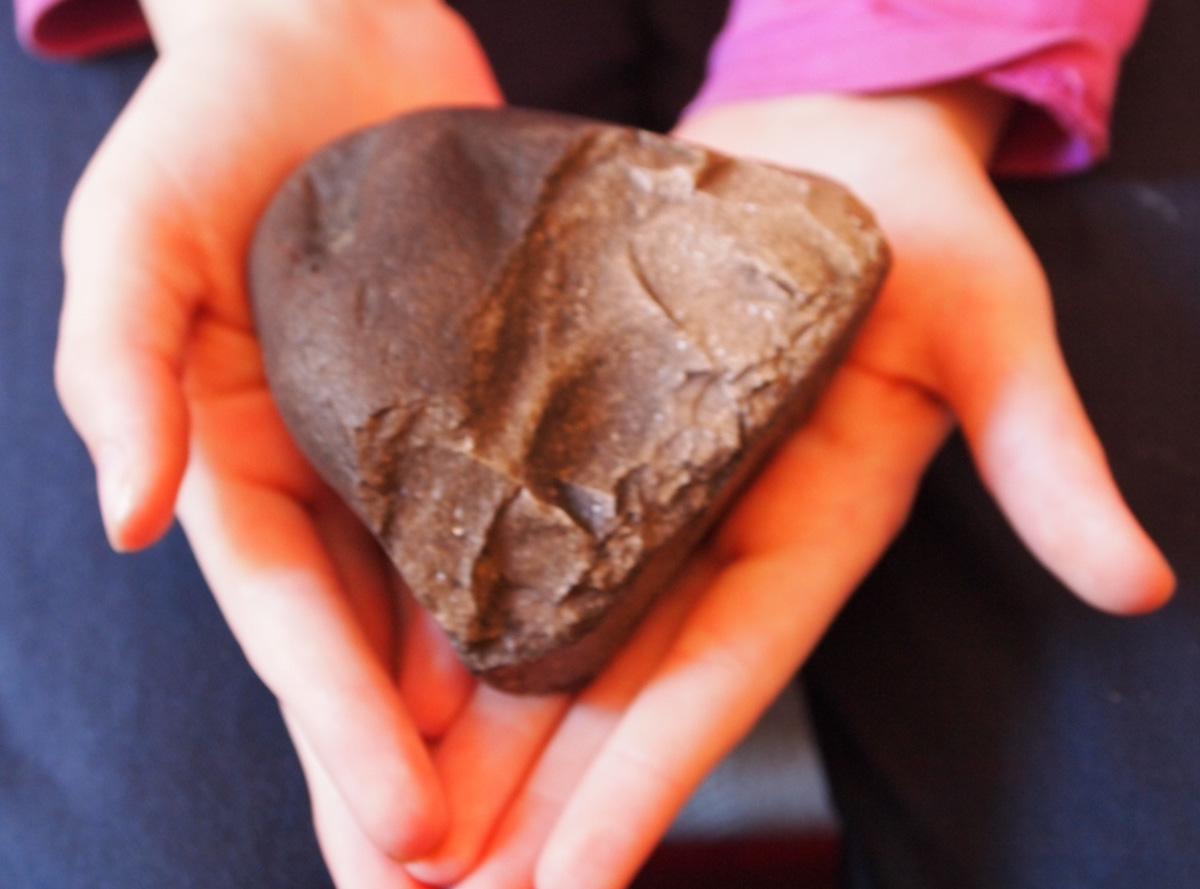 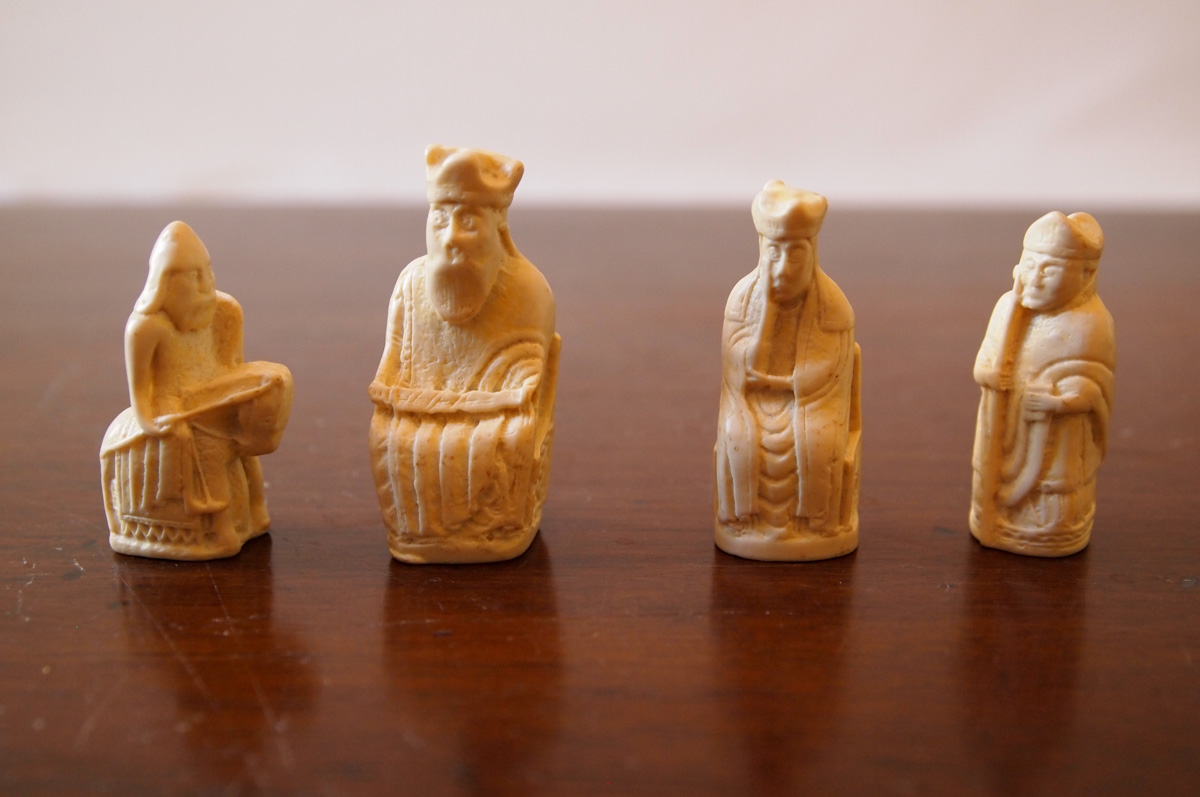 Replica of Lewis chess pieces found on a beach in Scotland. 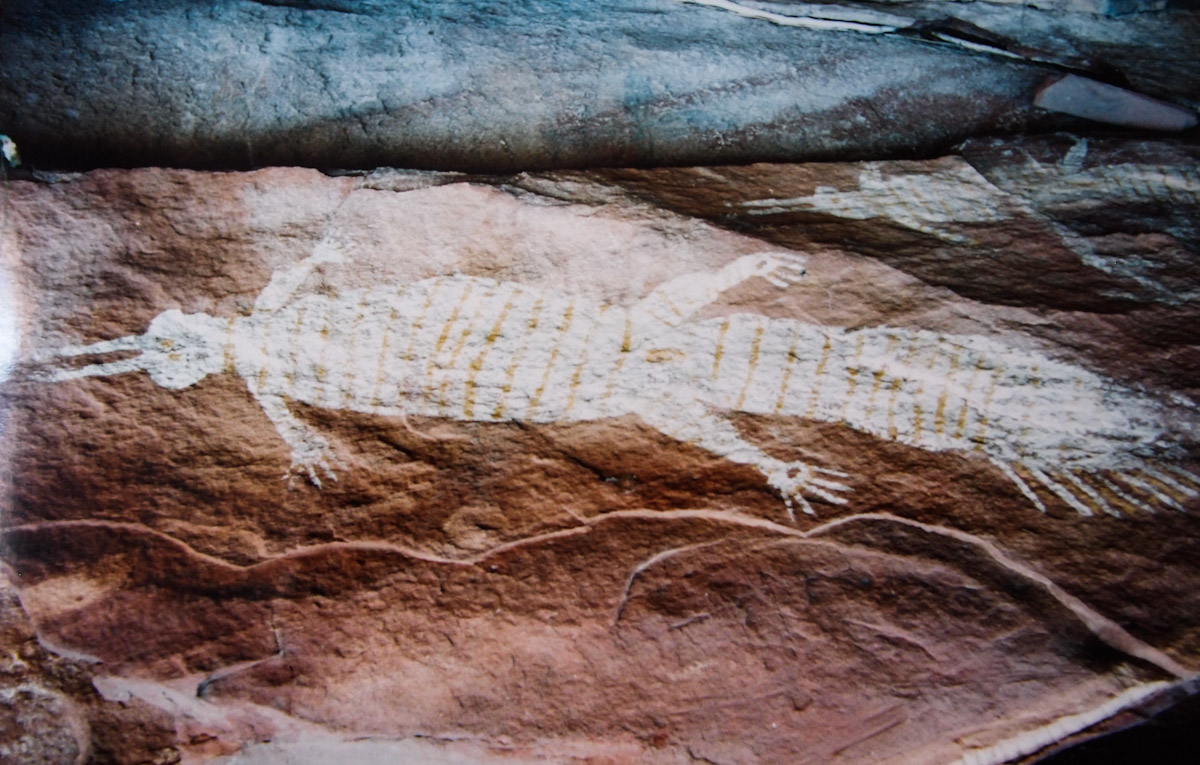 She also found a knight in the Dordogne area of France. The knight lived in medieval times.  His queen was Eleanor Aquitaine. There are rumors that the knight’s queen ran away with an Arab. The knight was in a sword fight and someone slashed down on his arm and head and the knight survived. I think he lived because he was big and tough.  They think he died when he was 45 with an infection. That is pretty good for medieval times.  This is what they found in his tomb bits of metal and a Templar cross. He wasn’t buried with armor, because he was not special enough.  I think kings, queens and their royal kids got buried with their armor when they died. Before excavation in France where the knight was found 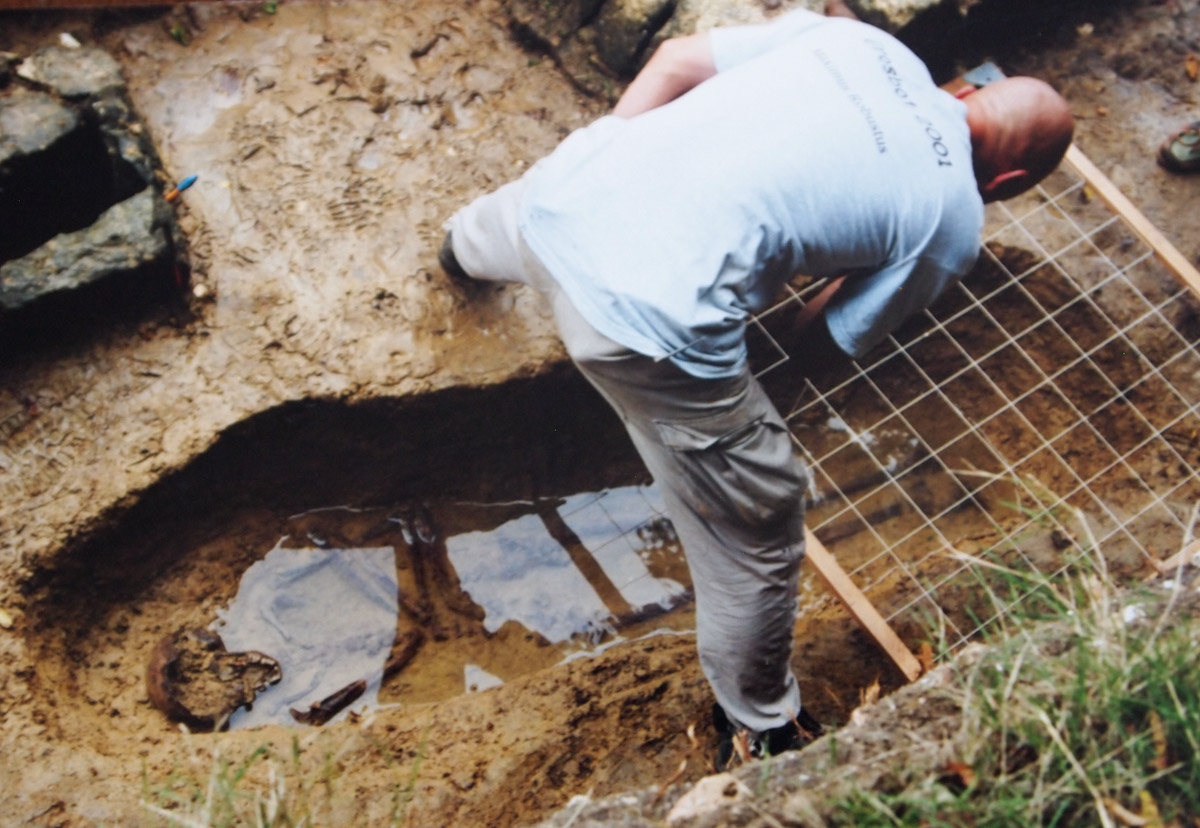 Grid with the Knight 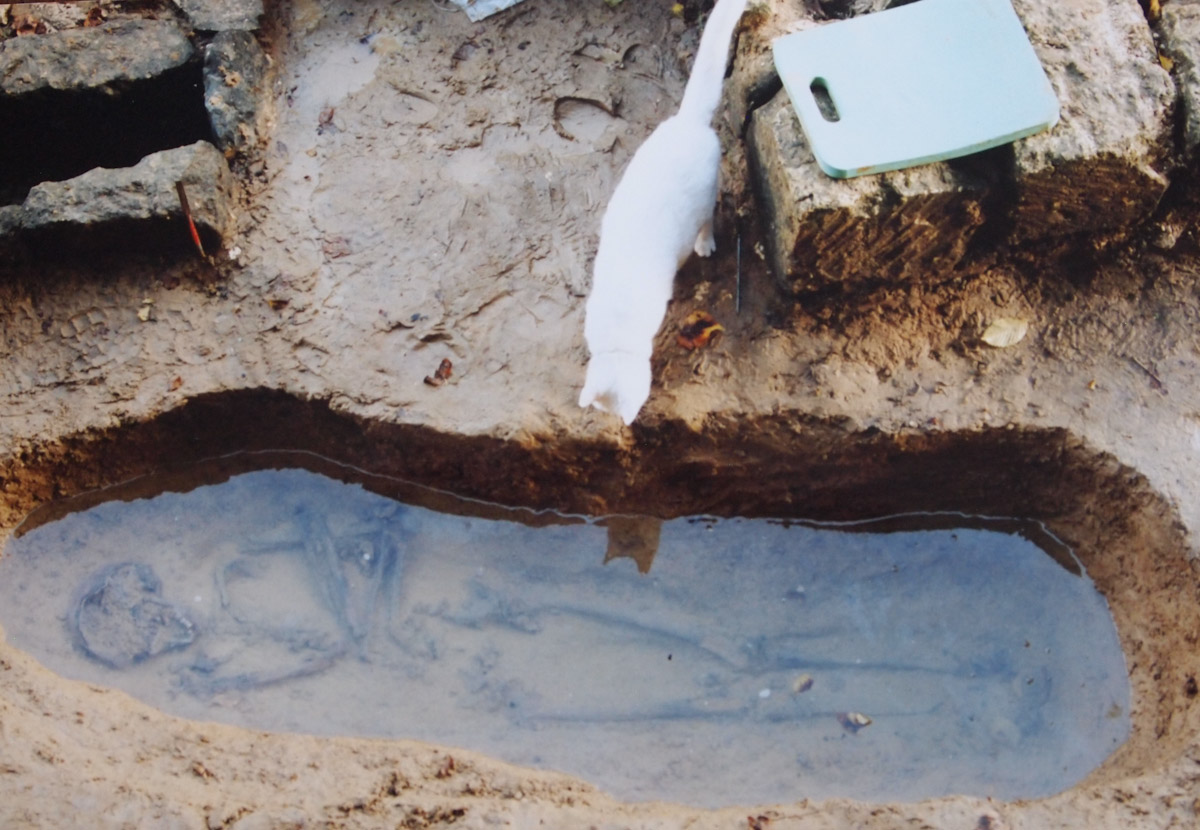 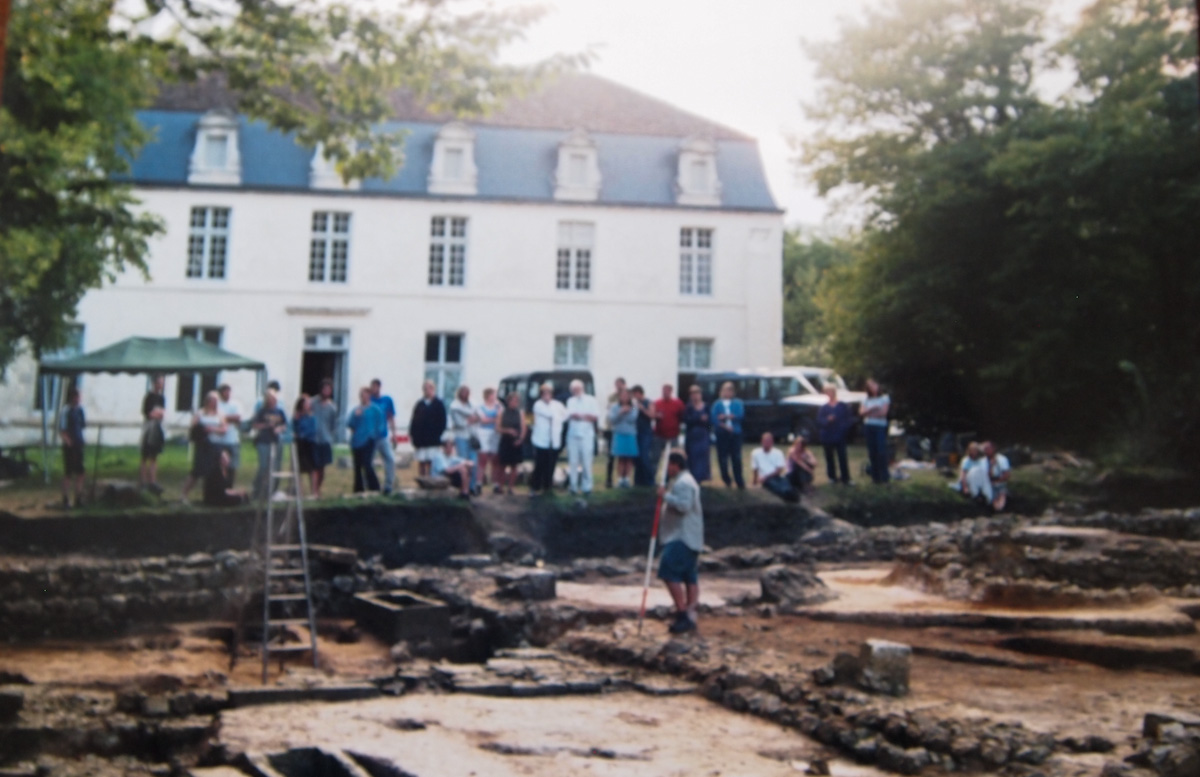 Start of excavation in France where the knight was found.

Now you know all about archeology.  Thank you Cat for sharing your photos and telling your stories.  I really like them.