When we said that we were staying in Denia, Spain, for the month of February many asked, “Where is Denia?” And then proceeded to state “Hmm…. I will have to Google that.”  When one thinks of Spain it is of the well known cities that you have heard of: Barcelona, Madrid, Selville, Toledo, or Granada, but not Denia, Spain.  Honestly before we came to Denia, we had not heard of it before either and we had to Google it.

In case you don’t know Denia, Spain is located halfway down the coast on the Mediterranean Sea in the area known as Costa Blanca, approximately 1 hour south of Valencia. When we first arrived we were wondering what the heck were we going to do for a month. But as we have settled in and explored the area, we have been pleasantly surprised by the number of activities available, besides the obvious one of hanging out on the lovely beaches.  So, we thought we might share some of the activities we have found.

Torre del Gerro, which means “The Jar Tower” in Spanish, was built in the 16th century to watch for pirates and marauding Arabs.  It perches prominently on the cliffs near Cape de Sant Antoni.  The tower is well preserved and still has the crest of the Kingdom of Valencia on the front.  Unfortunately, the tower itself is not accessible unless you are willing to do some serious scaling of walls. The path to Torre del Gerro is a paved road that goes almost all the way up to the base of the tower.  However, if you are like us and do not have access to a car, it is approximately a 1 ½ mile walk from the center of town to the base of the hill.  The road up to Torre del Gerro is somewhat steep, but well worth it.   Besides the tower there are some phenomenal views of Denia, the Mediterranean, and Cape de Sant Antoni. and if you look around on the ground pottery shards from the 16th century can be found.  Several hikes also start at the tower. 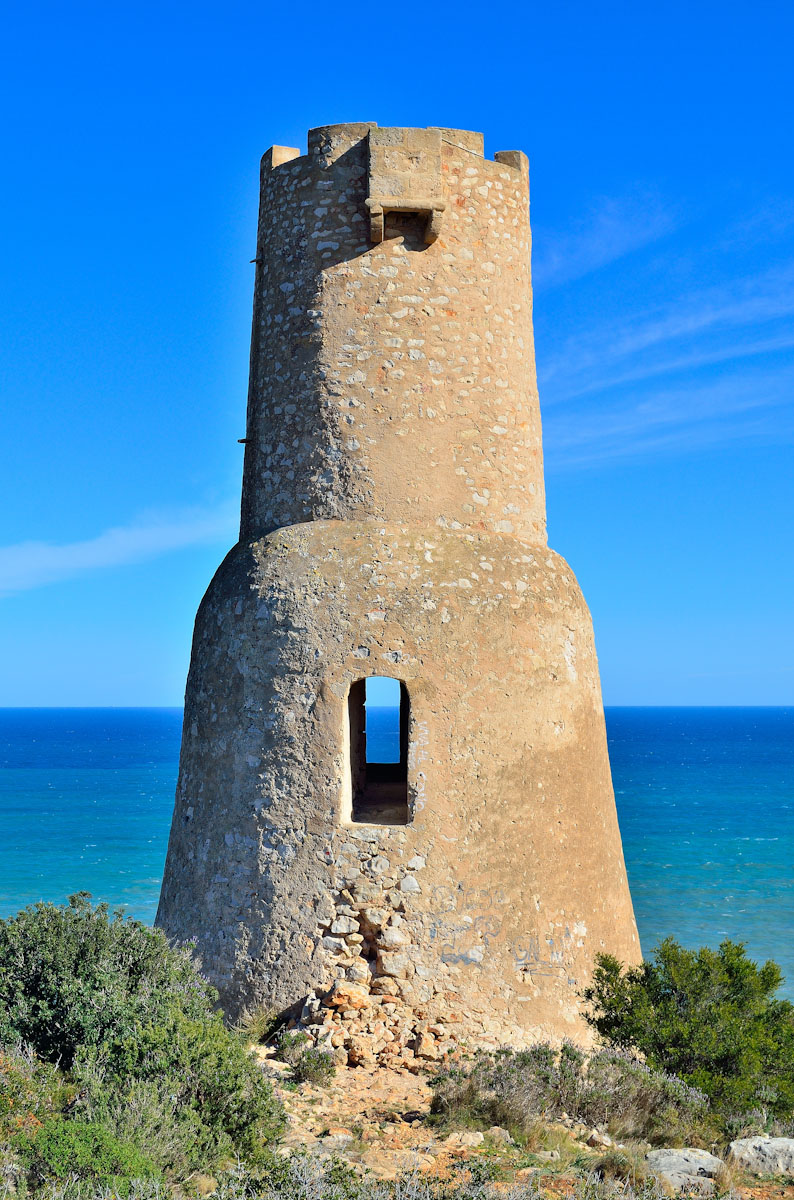 In keeping with the Spanish tradition of the siesta, after a walk to Torre del Gerro enjoy a nice café con leche in one of several restaurants at the base of cliff.

Denia is situated at the base of Montgo Mountain.  Montgo is a craggy mountain made of limestone, which sores 2,470 feet above Denia.  Montgo Mountain has unique flora and fauna of Spain including wild lavender and the Pine Processionary Caterpillar.  Just a word of warning, avoid the Pine Processionary Caterpillar at all cost as it can cause severe pain, itching, rash, and even temporary blindness.  Thank our luckily stars, we did not pick up these innocent looking caterpillars.

Montgo Mountain has several trails including one that goes to the summit and to several caves.  There are trails for all levels of fitness. We had the opportunity to hike to Cova de L’Agua, which means “Water Cave”.  Cova de L’Agua was used by the Roman Military around 238 BC as an outpost to watch for invaders.  Before entering the cave, one can still see the Roman inscriptions carved in the rock.  Those Romans continue to surprise us, as they seemed to have been everywhere, at least in Europe that is!  In the back of the cave is a natural pool of water that was used for irrigation in the 16th and 17th century.  In the cave there is lots of “graffiti” other than the Roman “graffiti” where people have carved their name and date into the wall.  The oldest carving, we were able to find dated back to 1873.   During the summer, be sure to hike early in the morning and bring lots of water, as there is not a lot of shade along the trail and I imagine that it can get scorching hot.  A free map of some of the trails can be picked up at the Tourist Office in the center of town. 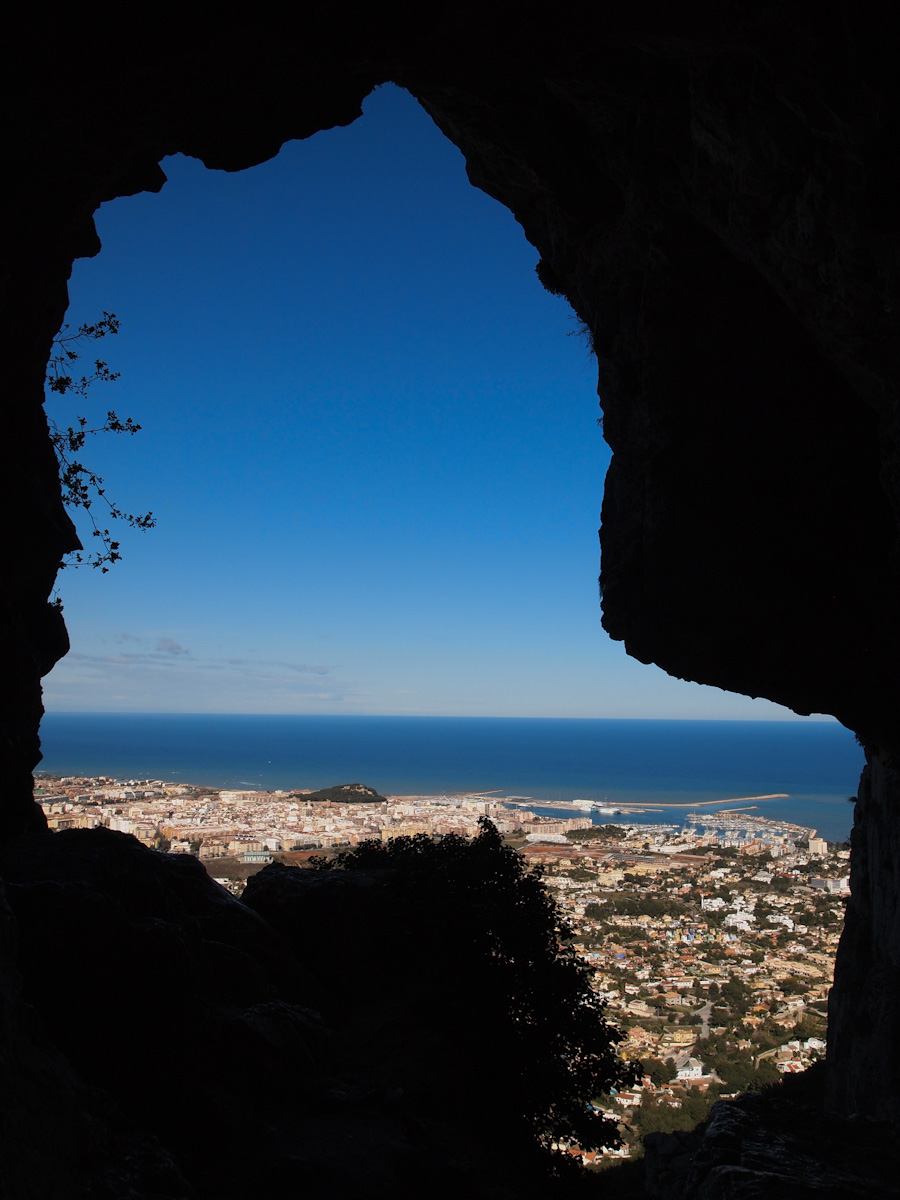 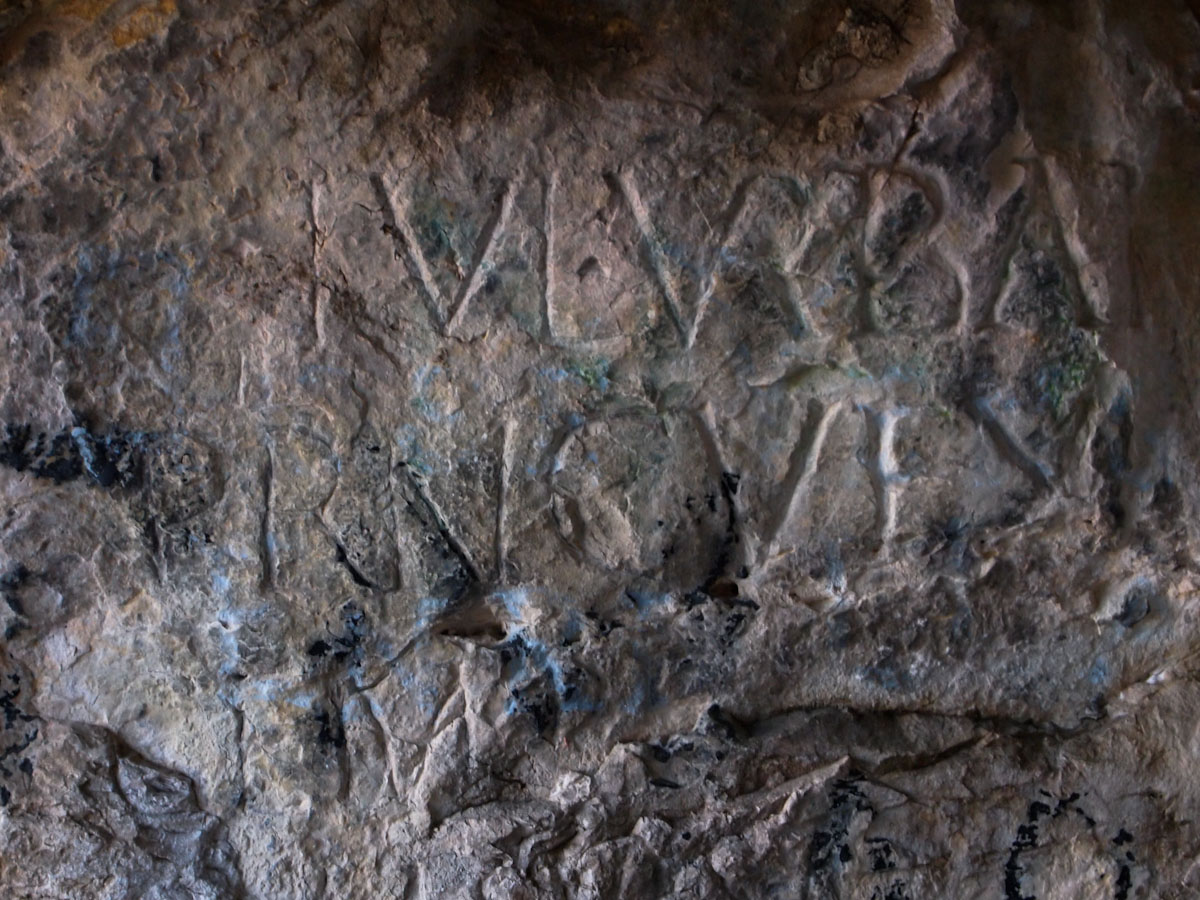 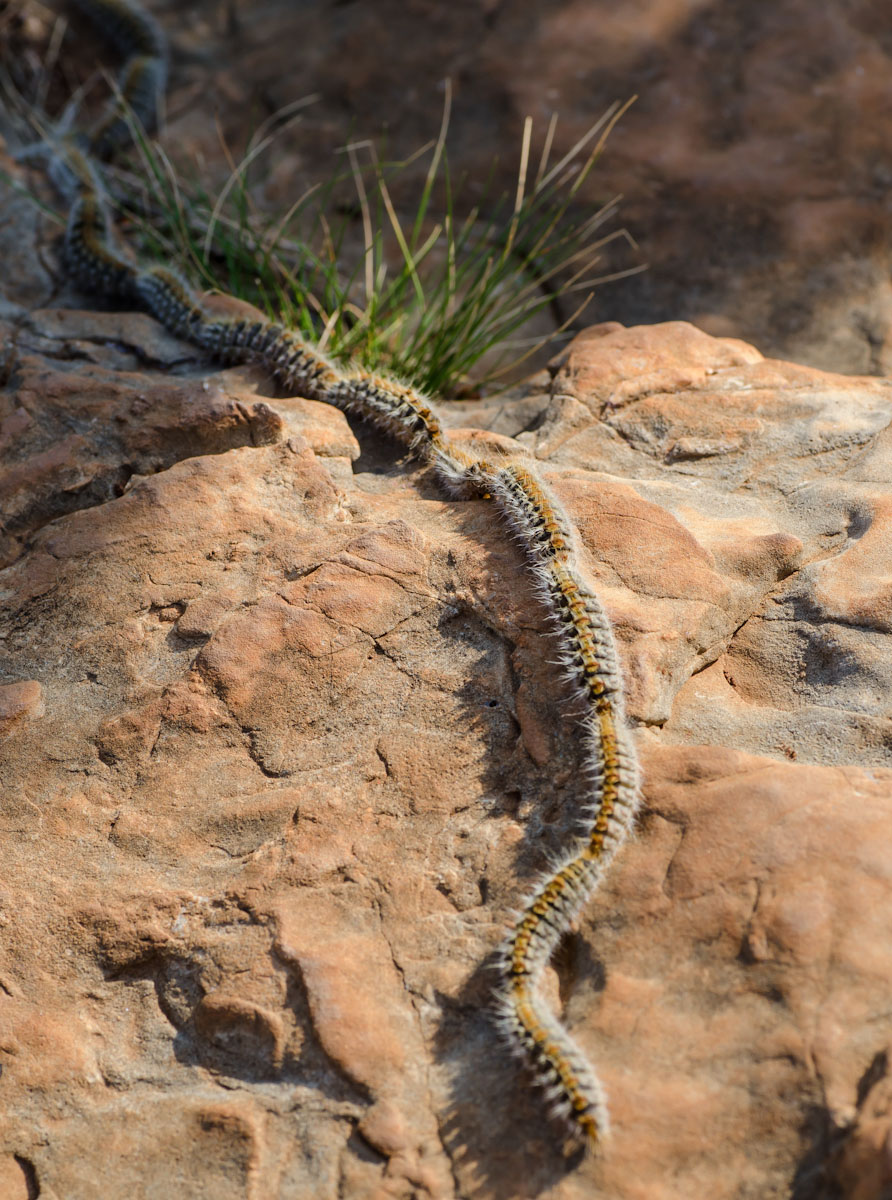 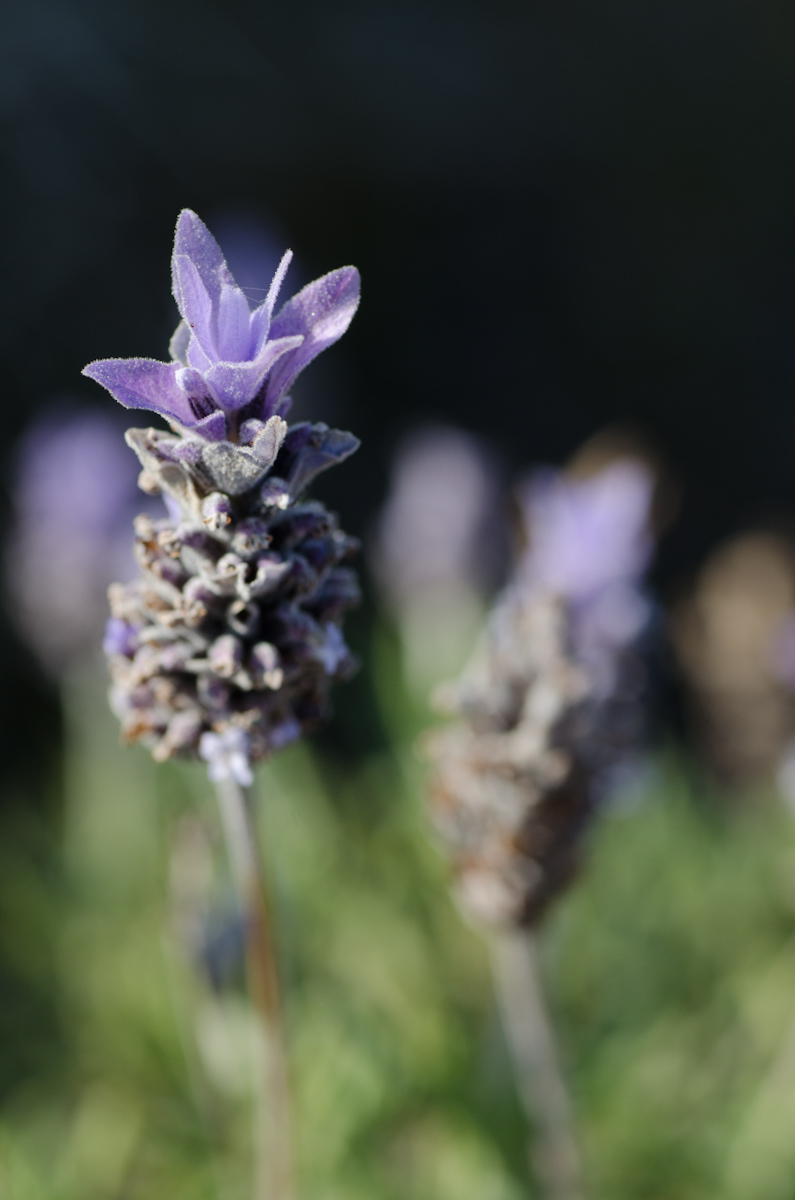 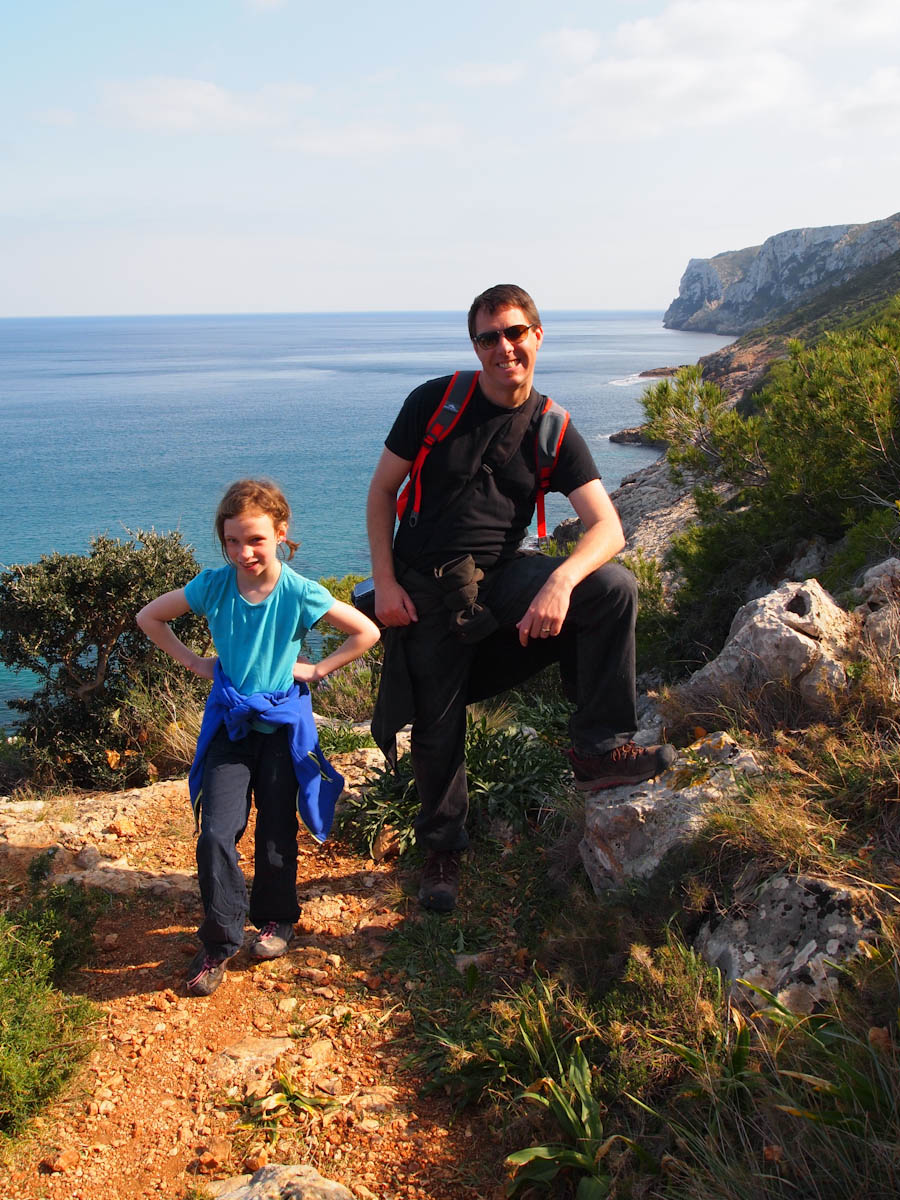 Boy was I excited when I found out that Denia is a wonderful place to ride bikes.  The city of Denia has made this town very bicycle friendly even for small kids.  Most of the paths are relatively flat and several bike paths do not allow motorized vehicles.  There are also clearly marked bicycle lanes on several of the city roads and bike paths that connect to other local towns including Ondara, Xabia and El Verger.  One of my favorite bike rides in Denia has been a path that meanders along the Mediterranean Sea.  We have enjoyed biking along the path with frequent stops to explore many of the beaches.

Since we did not have a car while staying in Denia, we decided that getting around on bikes would work nicely for us.  We found reasonable bike rentals for the month of February through Ring-Ring and the person helping us was very nice.   www.ring-ring.es. There a numerous other bicycle rental options in Denia including through the city itself.  Denia has several bike stations located throughout the city center and the cost is very reasonable. However, in order to use one of the city bikes, a pass needs to be purchased.  The pass has the option for daily, weekly or monthly rentals.  The city bikes can only be used for 2 hours at a time and must be returned to the station.  If one exceeds the 2-hour time limit then the pass can be suspended.  www.denibici.es.  A map of some of the bike baths can be picked up at the Tourist Office. 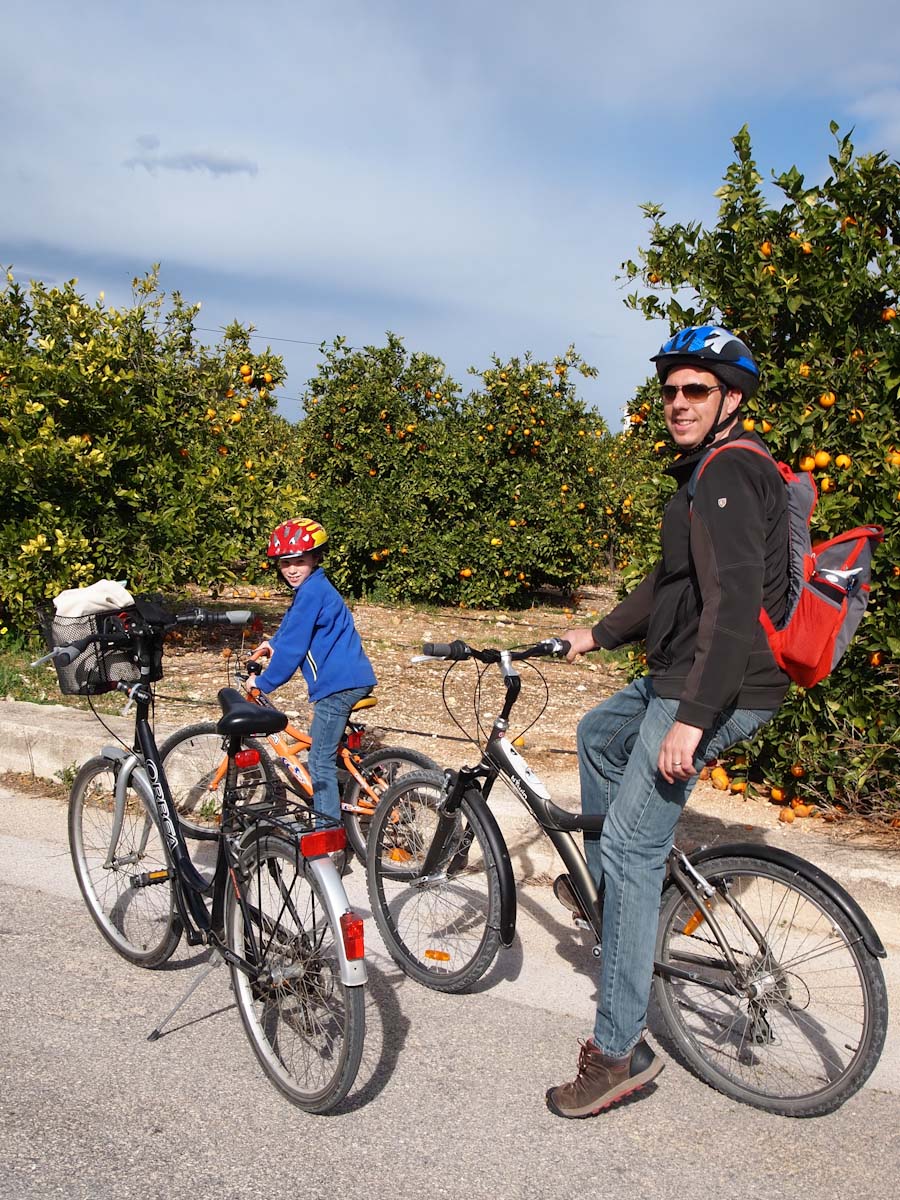 Enjoy a nice picnic and build a sand castle on the beach after riding along the Mediterranean.

Denia Castle is located in the center of the city on a hill.  It was built in the 11th century to help protect the port and the city has grown up around the castle.  The cost to enter the castle is cheap, however very little of the castle itself survives today.  Despite the fact that very little of the castle survives, it provides good views of the city and the port.  Inside the castle is one of the 3 museums that are located in Denia and the entrance fee to the castle covers the cost for the museum.  Although there are no signs in English in the museum, signs are really not needed.  The museum contains lots of well-preserved amphora from Roman times and other antiquities found in Denia. 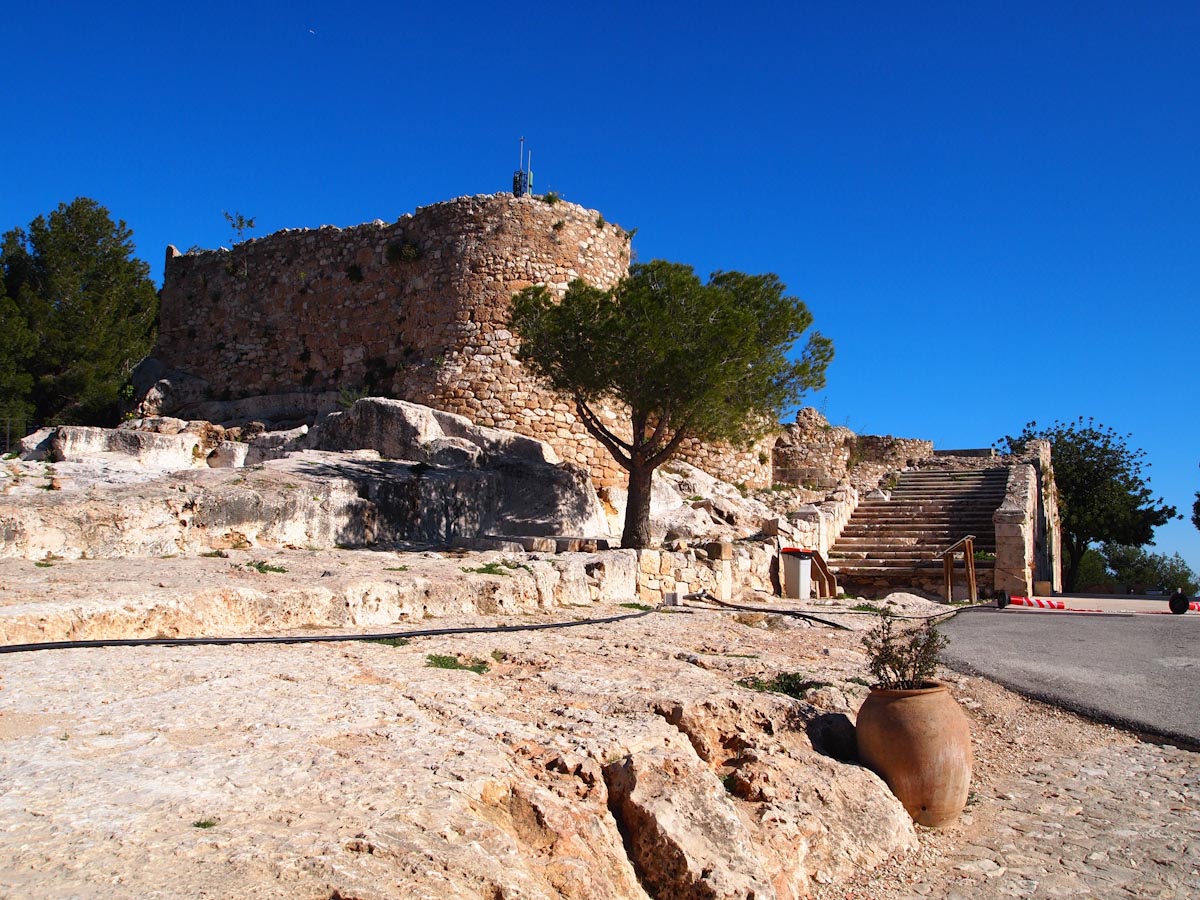 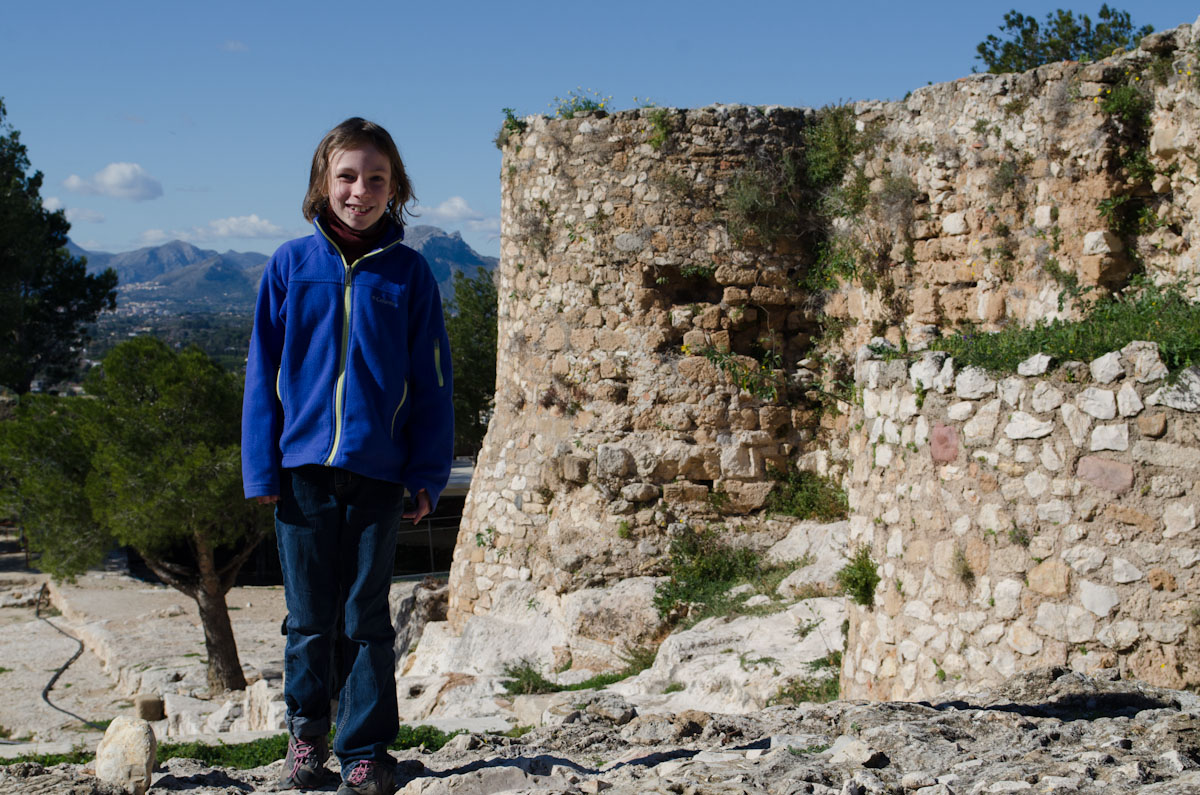 Time to enjoy melted chocolate with a churro at Valor located in the city center of Denia.

Before leaving on our round the world adventure, our daughter had been taking horse-riding lessons and has been missing this.  We were excited to find reasonable costing lessons for her in Ondara at Hipica Ondara.  The owner Jodi is very nice and it was great to see Sydney get really excited about riding horses again. www.hipicaondara.com.  Hipica Ondara also offers 2 to 4 hour trail rides at a reasonable price. If no car is available, Hipica Ondara can be reached by bus or bike. After the long bike ride to and from Ondara enjoy a cerveza or glass of wine in one of the many restaurants and bars in Denia.

True, you will not find world-class museums or UNESCO world heritage sites in Denia.  What you will find is a nice beach town with lots of outdoor activities and an atmosphere that encourages you to slow down and enjoy the small things in life.    Hopefully this will give you an idea of activities to do, if you happen to decide that you would like to spend time exploring Denia.  Here is an additional link for activities in Denia.  www.denia.net  Enjoy!