London is a city with endless options for activities including over 240 museums.  During our 10-day stay we could have easily spent our entire time inside museums. However, this would have been a very bad idea, as spending all our time in museums would have resulted in a very cranky, mutinous child.  Believe me, nobody wants a cranky child. So to prevent museum overload, we carefully looked at our options and settled on 3 museums.  Each of these museums were interesting in themselves and well worth the time spent, but by far, we all agreed our favorite was the British Museum. 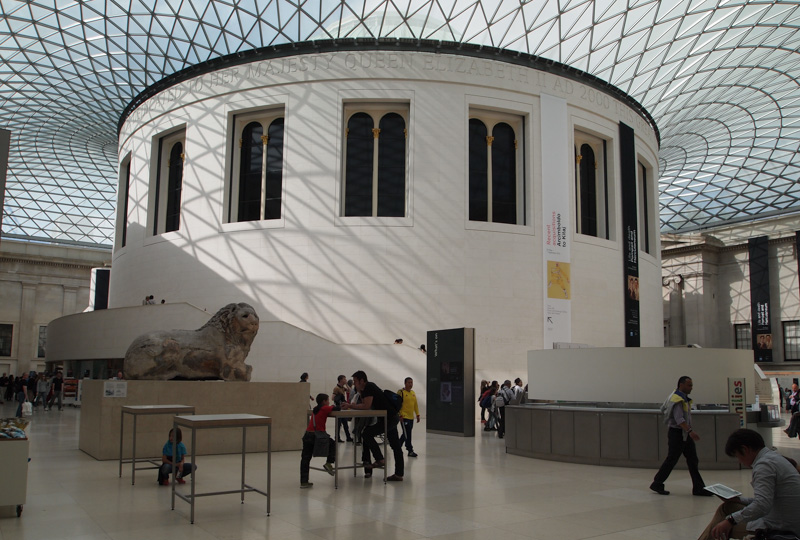 The British Museum was founded in 1753 and was the first national public museum in the world.  The original collection was started by Sir Hans Sloan with 71,000 objects.  It now includes over 8 million works from all over the world! With the opening of the museum, it initially received approximately 5,000 visitors a year, and has since grown to an impressive 6 million visitors.  But the best part of the museum – it is free to the public! 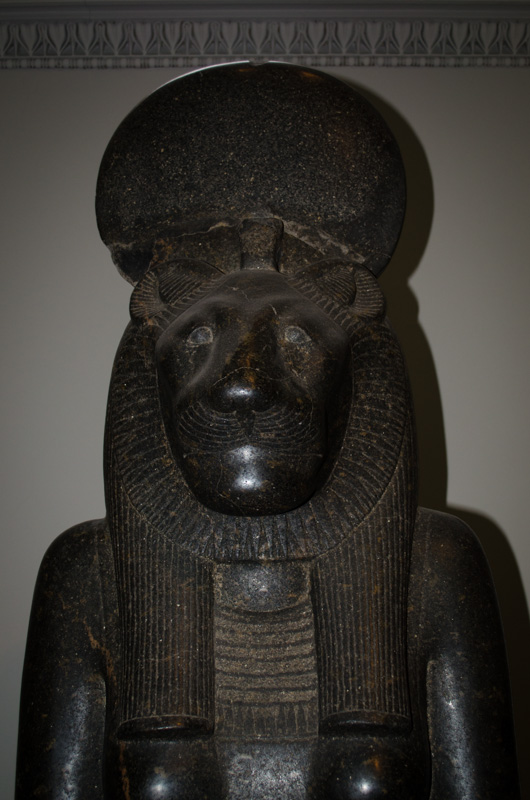 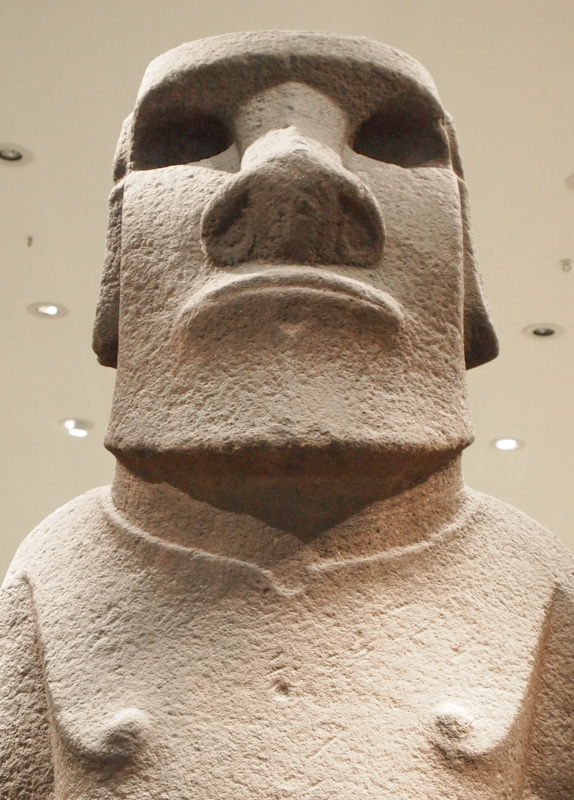 Initially when we walked into the British museum, I was in awe and overwhelmed all at once by the sheer amount of artifacts.  Many of the artifacts were things that Jason and I had previously only read about in textbooks such as statues from the Parthenon, mummies from Egypt, and the Rosetta Stone.  Wow!  I cannot even begin to express how thrilling it was to see objects of such enormous historical importance to humanity.  This is one of the reasons I enjoy traveling so much, as I am able to see and experience history outside of history books.  But I have to also admit our visits to the British Museum were tinged with sadness when I  think about how these national treasures have been removed from the country of origin.  It is sad to think that  an object of such cultural importance may never be seen by its’s own citizens. 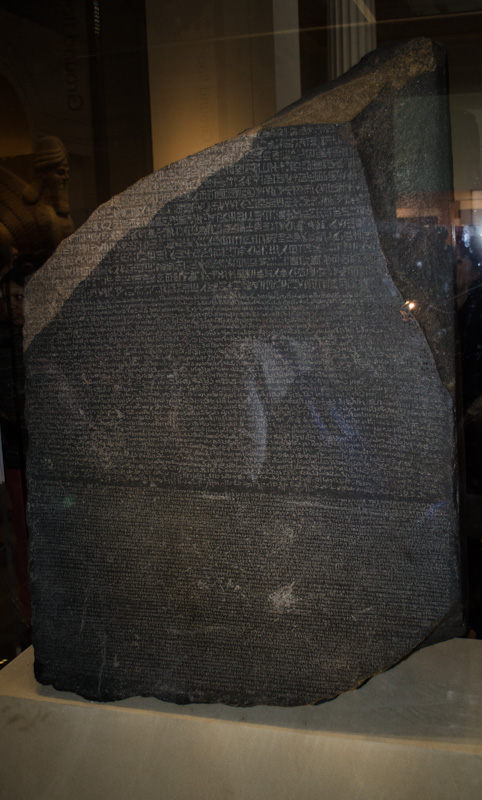 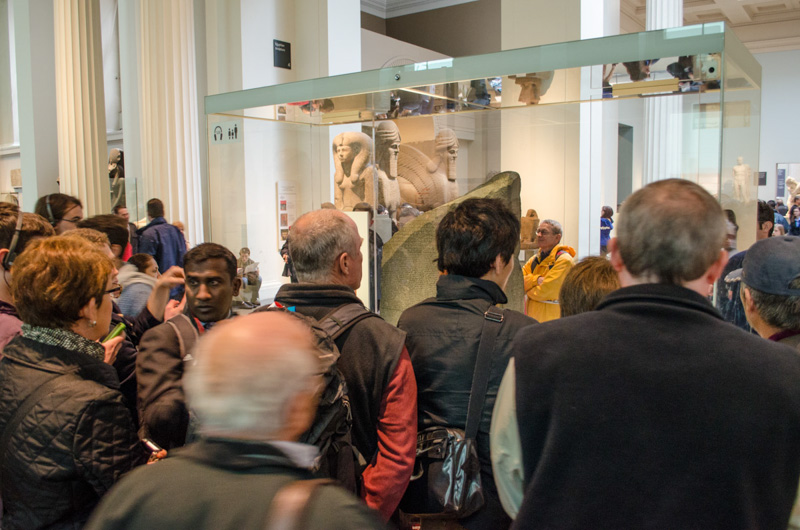 Crowd Around the Rosetta Stone 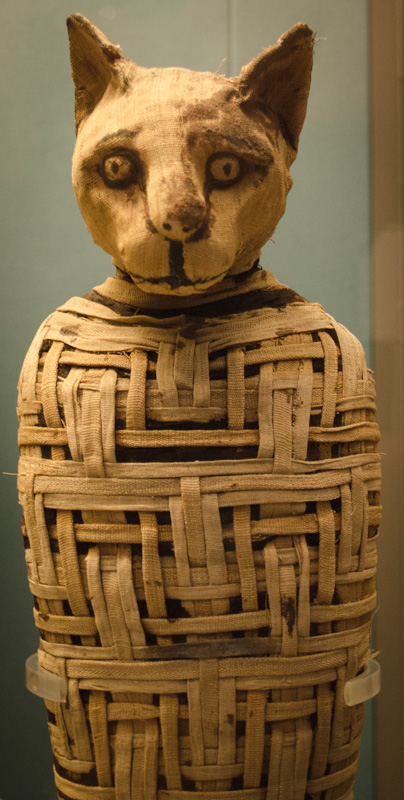 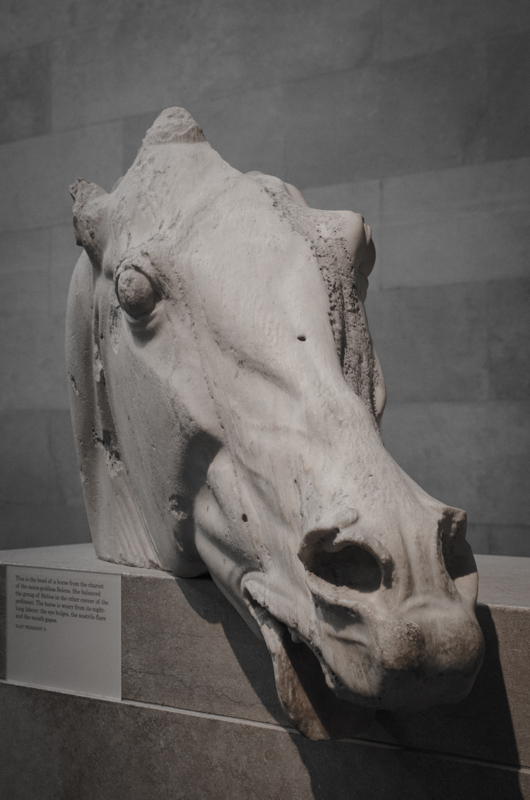 Statue From the Parthenon

The amazing diversity of artifacts in the British Museum kept Jason and I coming back over and over again.  In fact during our stay, we could frequently be found leisurely strolling through one of the rooms of the museum before making our way to other parts of the city. Despite returning over and over again, we only scratched the surface of the museum and did not make it into every room.  Although we came multiple times, the British Museum never got old, as each time we were rewarded with seeing another amazing artifact or learning something new.  But the British Museum is not only for adults, it is also for kids.  The museum does a great job making history fun and interesting for kids with lots of excellent activities.  During our stay even Sydney was requesting to go back again and again.  We knew that we had found a great museum when Sydney was willing to go back! 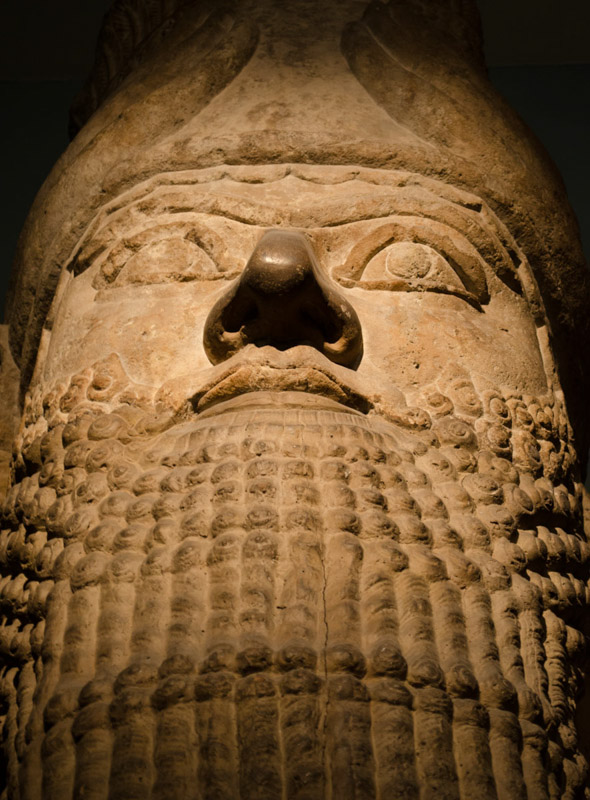 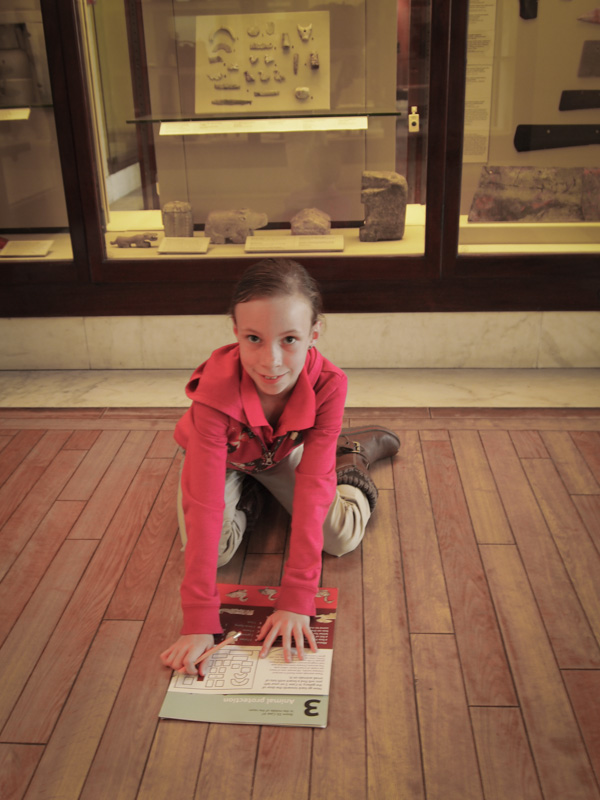 Sydney Going Through One of the Activity Books 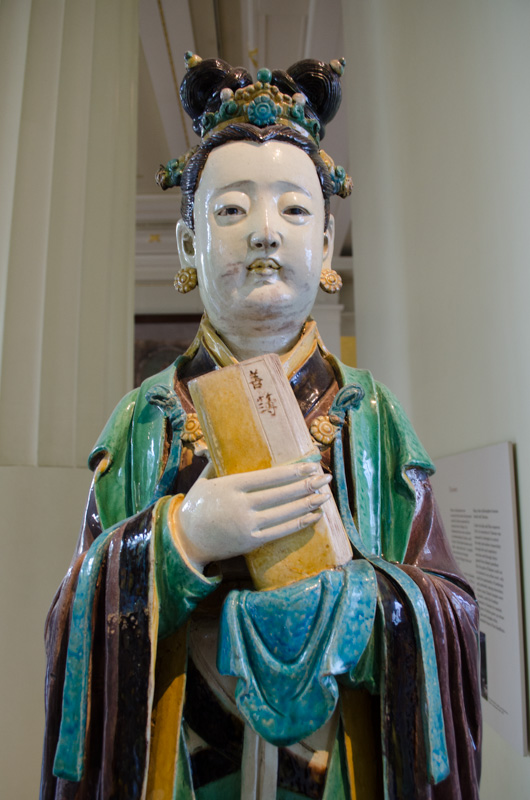 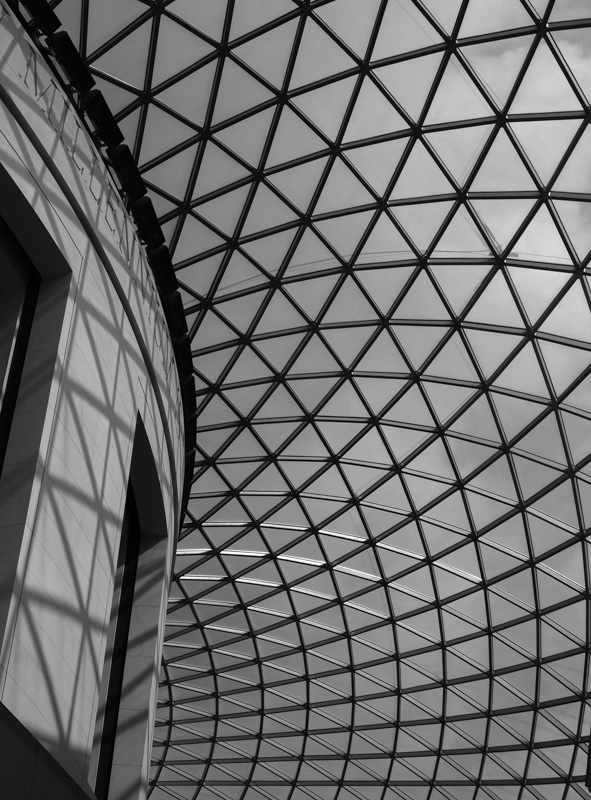 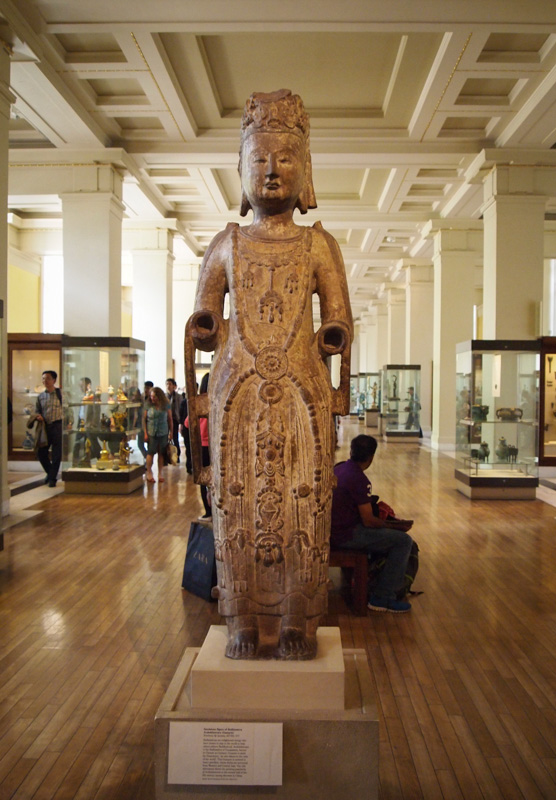 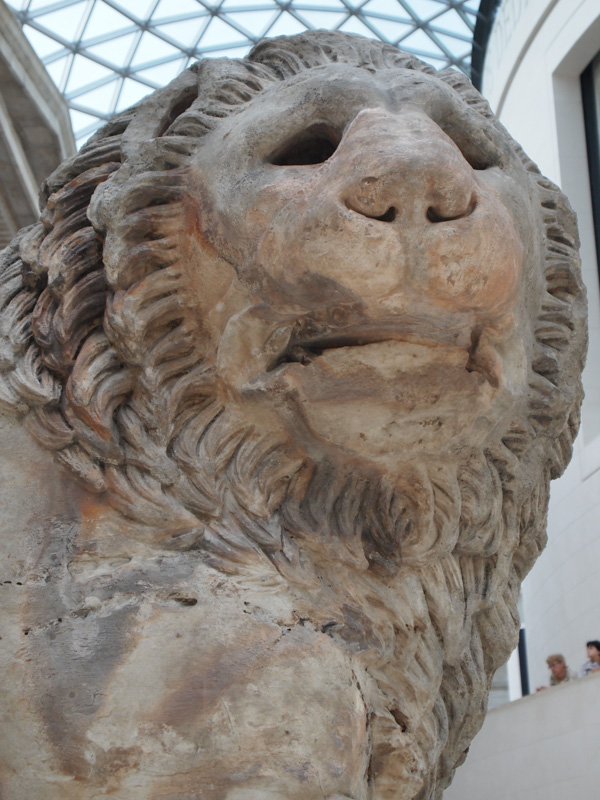