When we first arrived in London my first thought was, “This town needs to be shot in black and white!” Color can be a distraction and London is distracting enough without adding the stimulus overloading colors of late spring. So with that in mind, I spent nearly 2 weeks in London shooting nothing but black and white with my favorite Nikon manual focus lens. Why a manual focus lens? It makes you slow down and think about the shot!

Here are a few of the photos and a brief tour of London. I hope you enjoy…

The London Underground (aka The Tube)

Most Londoners spend a lot of time commuting underground in the city’s extensive subway system. The Underground offers some great photo opportunities, if you are discreet. 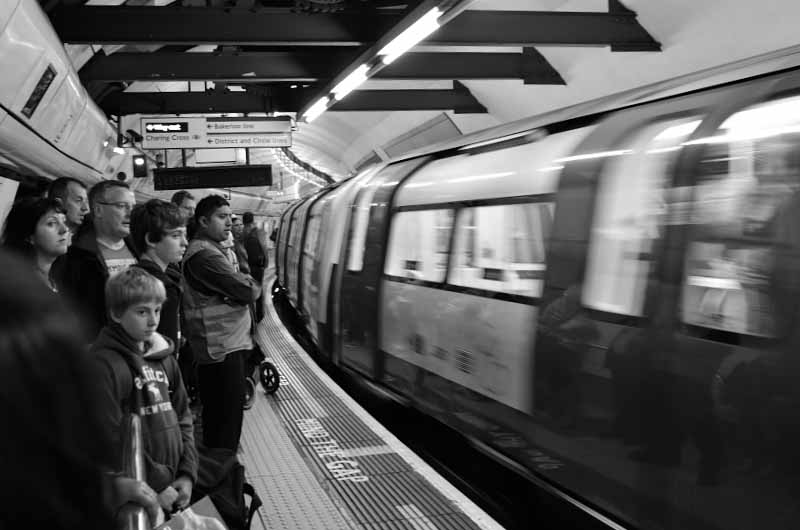 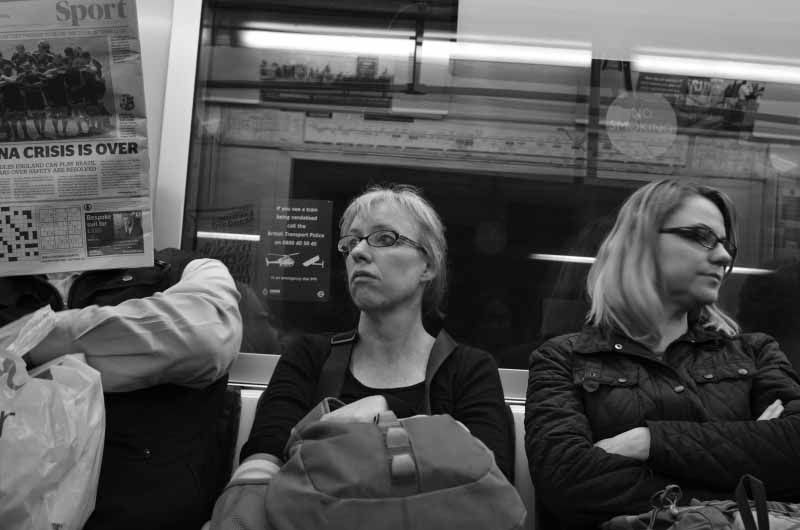 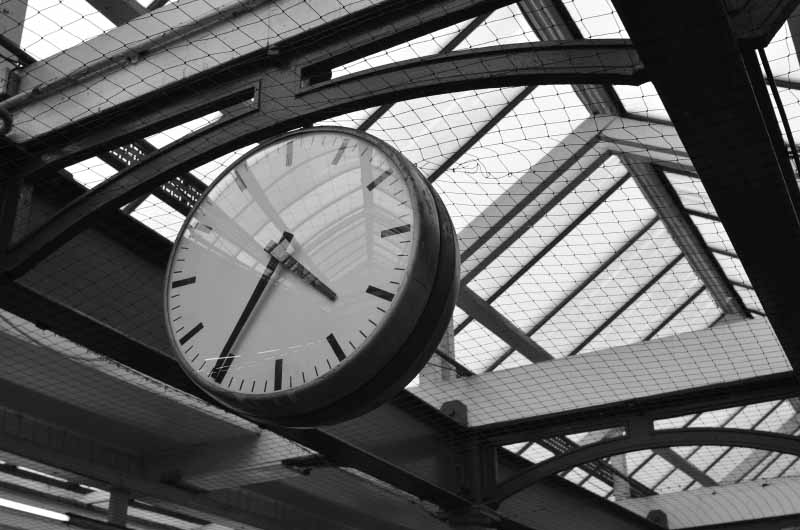 A corner of Hyde Park is open for public speaking, discussions,  and debate. It is a very interesting area and draws a lot of people who have a lot to say about politics and religion. It actually reminded me of many online forums. But I didn’t go there to listen to what they had to say, I went there to take their photos. This guy made a bold statement in just the way he was dressed. He was even growing a Hitler mustache! 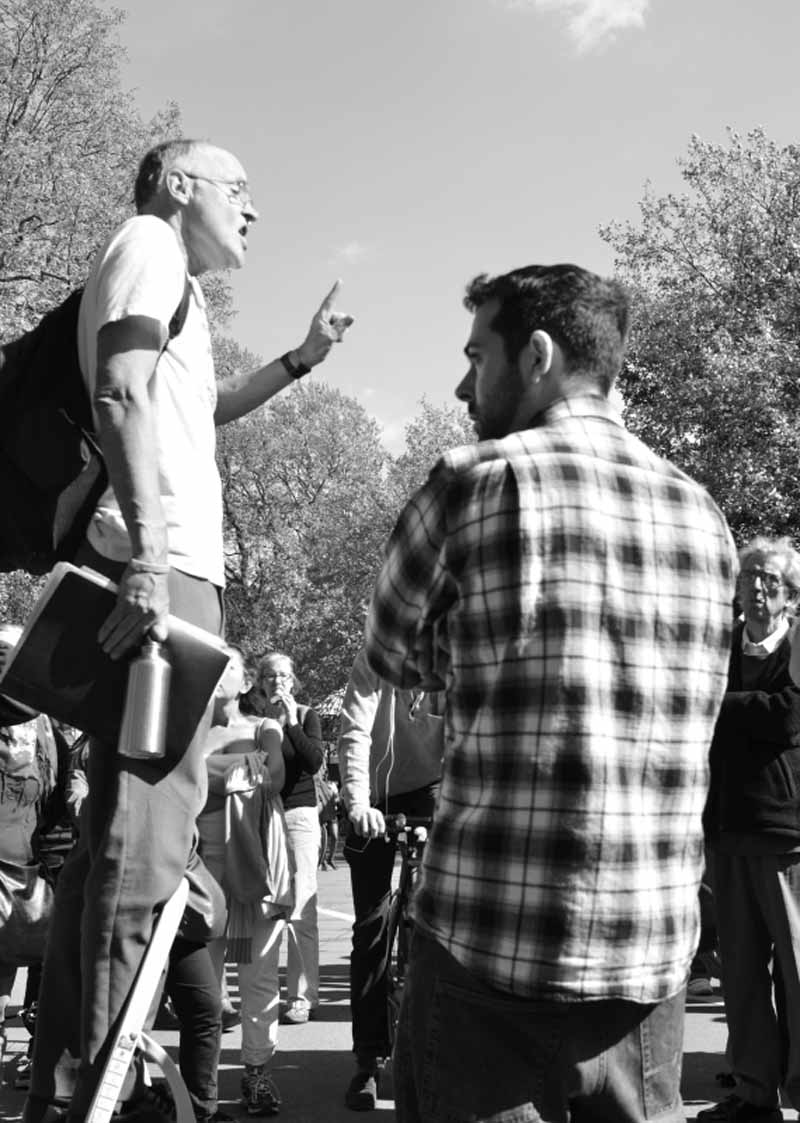 This guy loved to discuss religion and politics and really drew a crowd!

Bridges Over the River Thames

The River Thames cuts London in two and has a plethora of bridges to get from one side to the other. Not only are the bridges useful as transportation, but they also make a great subject for photography. Bridge over the River Thames Tower Bridge, which is often confused as being London Bridge, but it’s not! The Millennium Bridge that made people sick because of the motion. It has now been fixed. 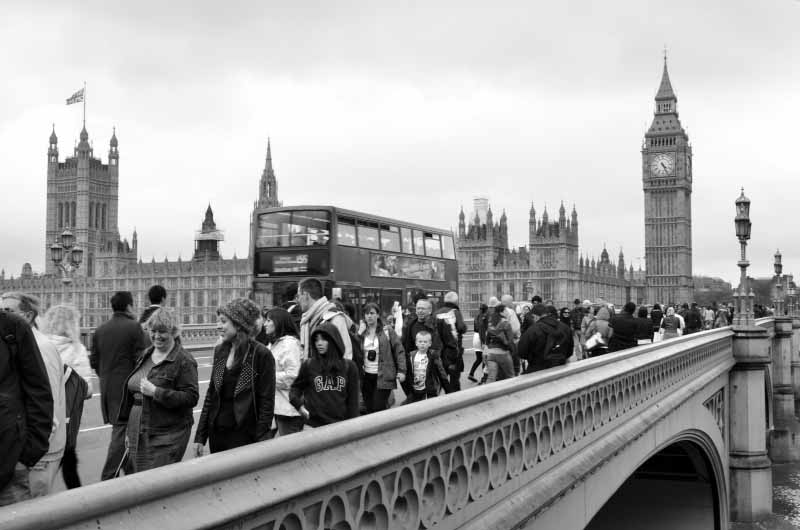 And yet another bridge. There are a lot of bridges over the River Thames!

London has over 200 museums and many near popular London hotels. Here are a couple of shots from the inside of our favorites. 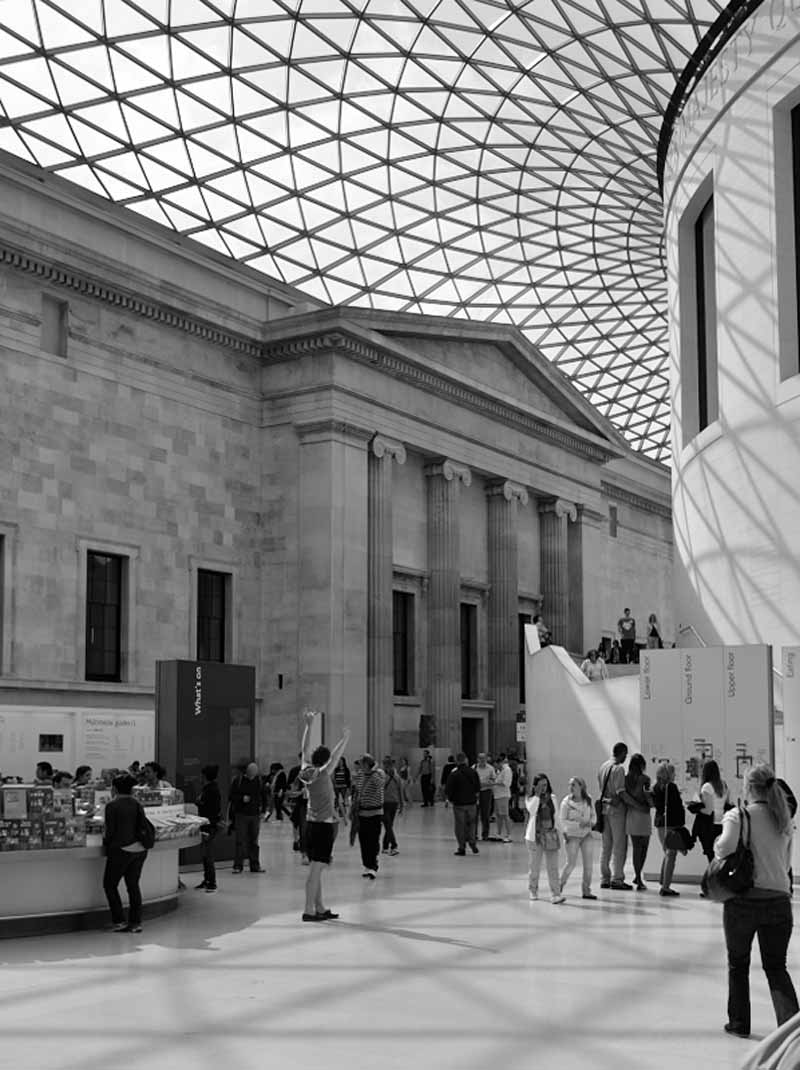 Inside the British Museum. We could not get enough of this place! Inside the Victoria and Albert Museum

One of London’s most visited sites, with the long lines to prove it! Lots of history here and some shiny crown jewels that could not be photographed 🙁 Sentry standing guard at the Tower of London. Other than museum guard, this has got to be one of the most boring jobs in the world! View of Tower Bridge (not London Bridge) from inside London Tower. The cage on the right houses the imprisoned ravens that promise the fall of London Tower if ever they leave. Poor ravens!

You can’t go to London without taking photos of these two giant icons. On our last full day in London our daughter reminded us that we had not visited Big Ben or Parliament. Oops! So, not wanting to cause emotional trauma later in life because her evil parents refused to take her to see the two most famous icons in London we  hopped on the Underground and showed her Big Ben, Parliament, and Westminster Abbey, which happened to be closed that day (thank God!) And yet, another photo of Big Ben. At least I got a double decker bus in it to add to the London icons. 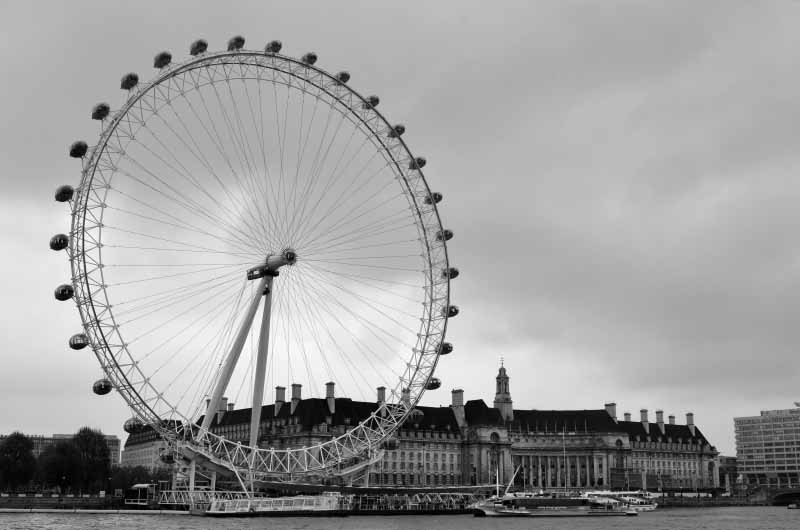 It’s big, it’s round, and it has been taking tourists for a ride since 1999; it’s the London Eye! Even though we have seen it twice, we still refuse to pay the ridiculous prices to go for a ride. Looking up on the London Eye

Changing of the Guard

Wow, was this one of the most boring tourist activities ever! 1000’s of tourists gather daily to watch these guys march around and play music. They did play the James Bond theme, which was kinda cool! Shots From Around Town

Here are a couple of shots that I took that I thought were interesting. Skate park covered in graffiti near the river

The Queen of England

You can’t go to London without getting a photo of the Queen of England, right? So, we were standing around at the really boring Changing of the Guard (see above) and I heard someone shout, “It’s the royals!” I looked to my left and there was the queens hat in the window of a police escorted limosine flying the queen’s flag. I got one good photo and this was it. 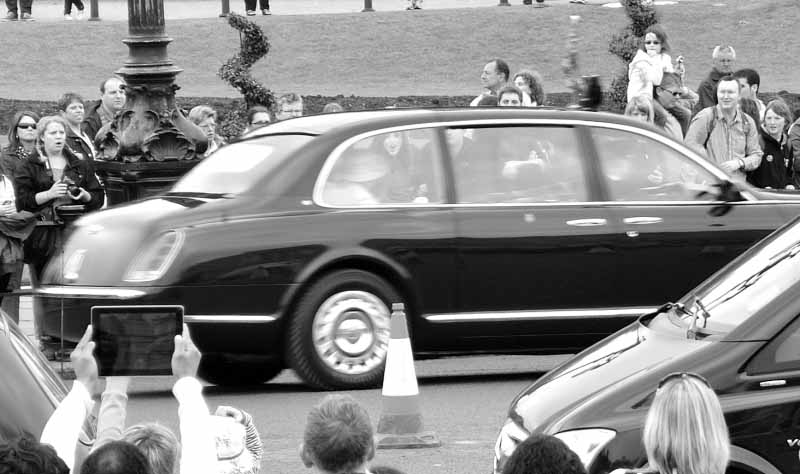 The Queen of London

I hope you enjoyed this tour of London in black and white. I must admit that I really enjoyed shooting black and white photos during these 2 weeks and will probably continue to do so in other cities.