The ancient ruins of Pompeii are praised as an educational experience. It offers a look into a thriving Roman civilization that was frozen in time after the devastating eruption of Mount Vesuvius in 79 AD. On our visit to Pompeii our 8-year old daughter, Sydney, received a bit more education than we had hoped!

The ancient city of Pompeii is immense. You could easily spend a couple of days there and still not see everything. Since we were only there for one day we decided to make the most of it and see all the highlights and then whatever else we could fit in.

As we were wandering around the ruins we noticed on the map that we were near a brothel. Wanting to check another ruin off our list we strolled up the narrow street and entered a small, ancient building.

I had imagined a Roman brothel to be a large building but was completely shocked at seeing how small it was. Inside was a small room with 3 alcoves on the sides where the women worked their craft. Inside each of the alcoves was a small raised stone platform bed that was too small to even stretch out on. 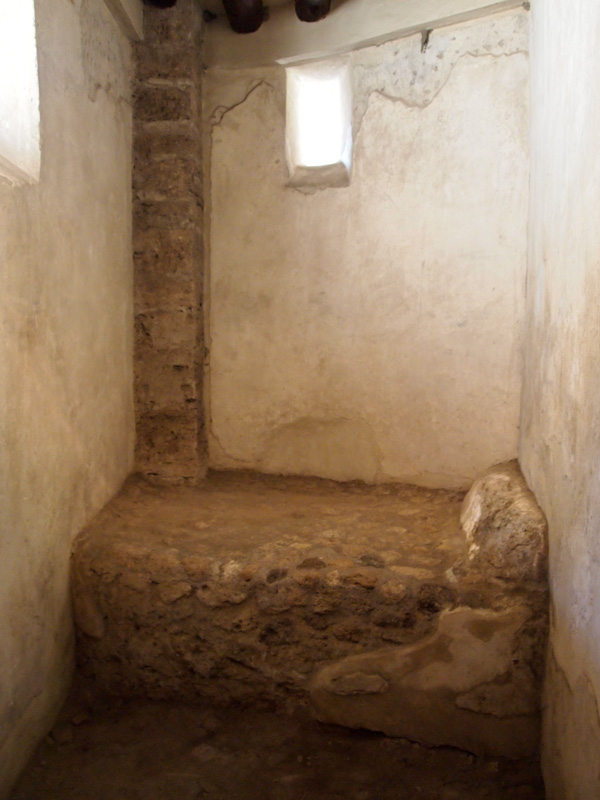 Brothel alcove where the prostitutes worked

In the first alcove was a stray dog taking a nap, or perhaps “working.” Sydney was enthralled that there was a dog inside this ancient building. As she gawked at the dog we looked up and noticed detailed frescoes on the upper walls in the main chamber. The frescoes depicted different methods of copulation and were definitely detailed and creative. I assumed this was some kind of “order by number” system similar to ordering a meal at a fast food restaurant. “Um, I think I will have the #3!” 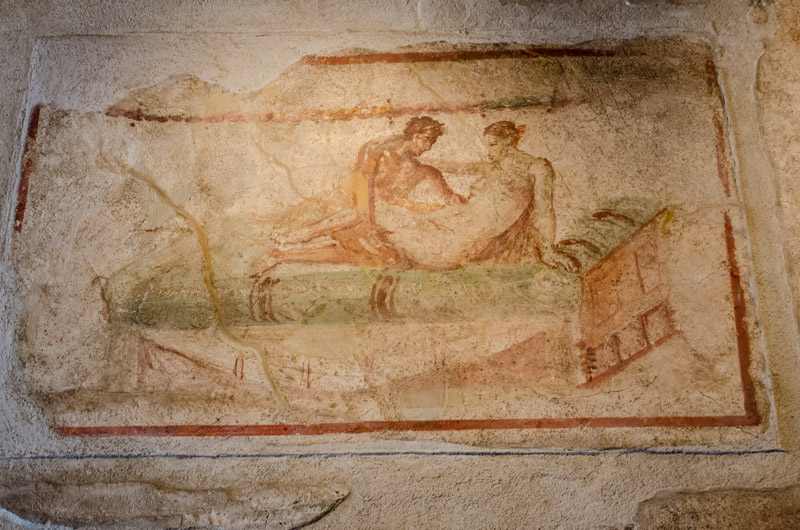 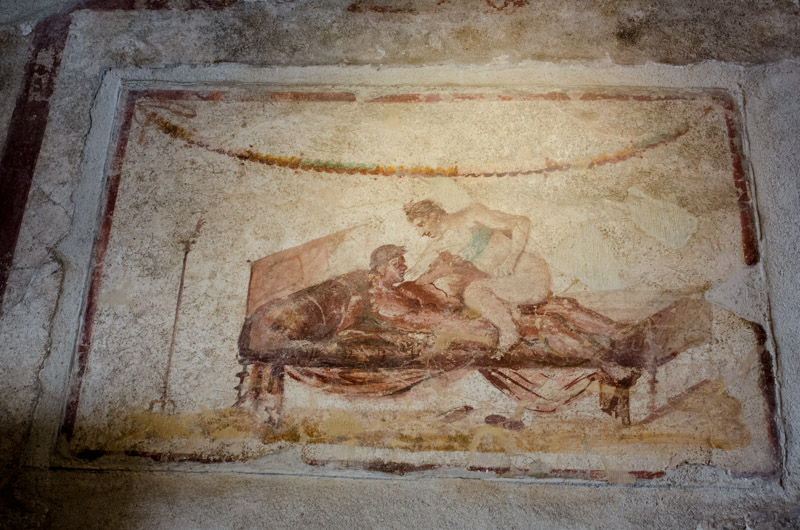 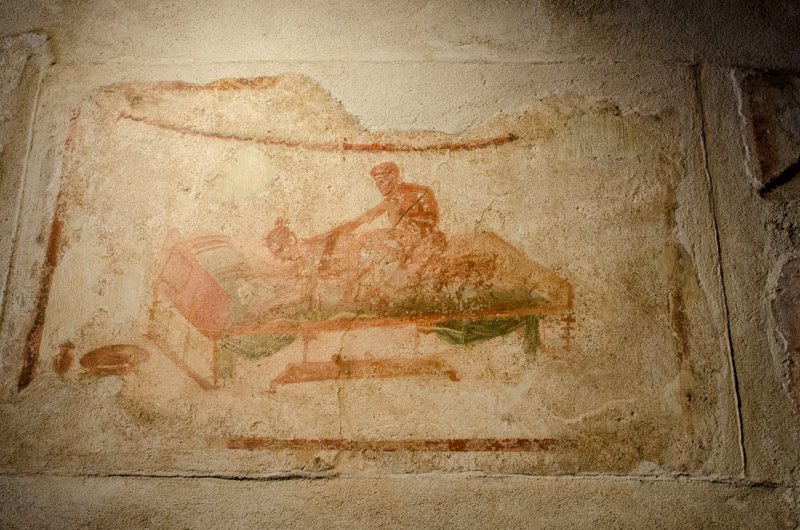 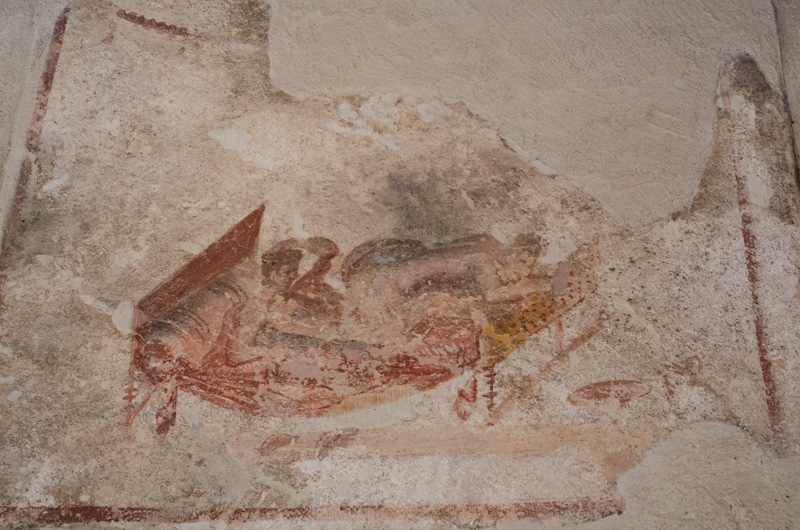 After Sydney lost interest in the stray dog she focused her attention on what we were staring at, the frescoes. She looked a little puzzled and asked, “What is a brothel?”

Since we have never explained the details of the world’s oldest profession to Sydney and had hoped that we could make it as far as Bangkok before needing to, I replied in the typical parental way, “That sure was a cute dog!”

As we walked out of the brothel and headed towards the next set of ruins Sydney once again asked, “What is a brothel? Why won’t you tell me what a brothel is?”

Kerri and I both looked at each other and knew we had to somehow explain this to our daughter. As we stalled trying to figure out the best way to explain brothels and prostitutes to an 8-year old, we eventually just gave in and told her the truth outright.

“Well, some women will have sex with men for money. They are called prostitutes and work in brothels.”

Sydney was completely flabbergasted and a little embarrassed that her parents had just talked to her about people having sex and that some people would actually pay other people money for it.

We continued on about the legal and moral issues of prostitution around the world and throughout history, and hoped that she understood. But more than anything, we hoped we did not warp her mind!