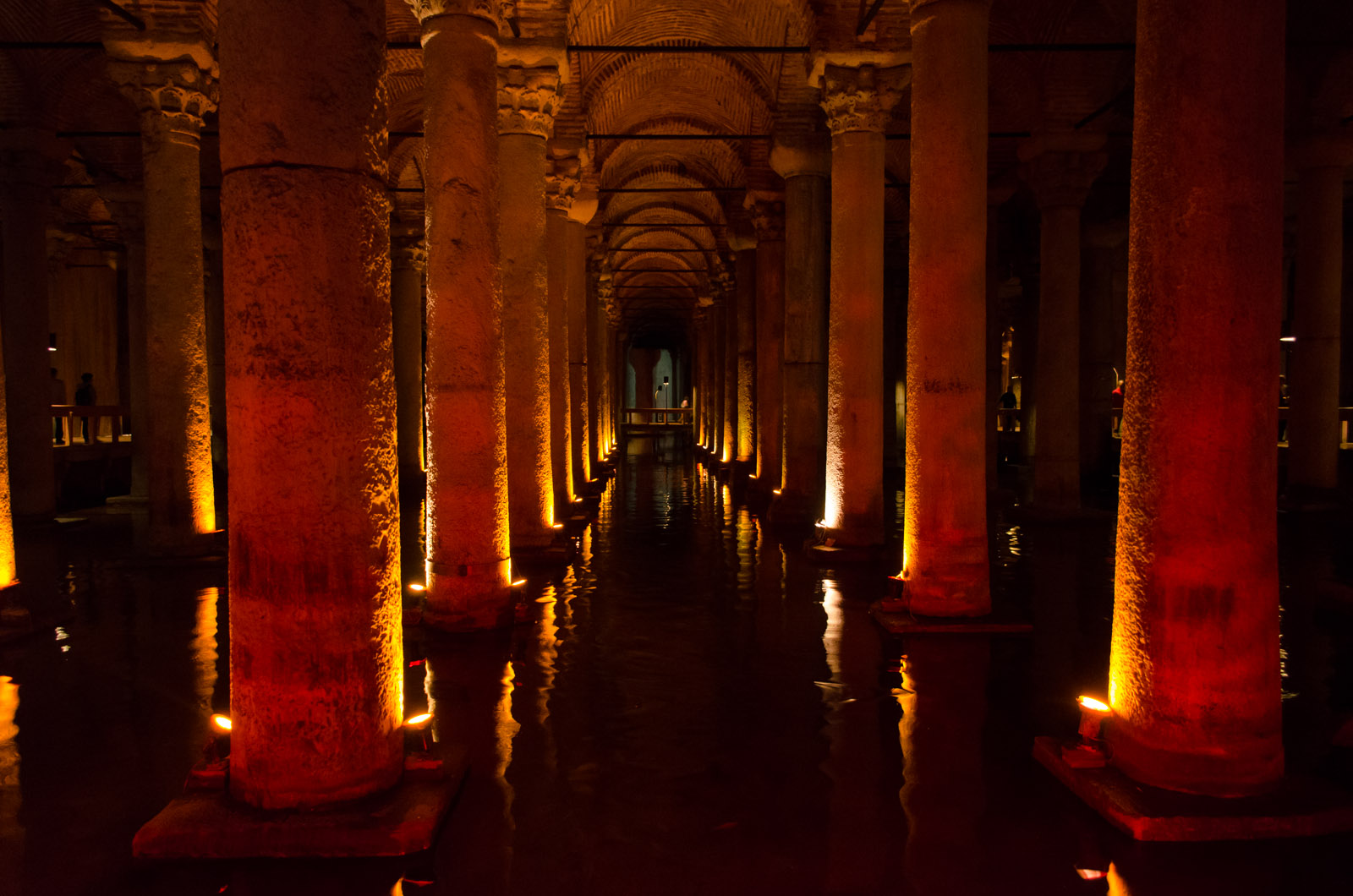 The Basilica Cistern is the largest of several hundred cisterns found under the Turkish city of Istanbul. A large basilica stood in its place before being converted to a cistern by the early Romans. When we visited the underground site the first thing we thought of was Dan Brown’s new book, “Inferno.” If you have read the book, you will know exactly what I’m talking about, but I won’t ruin it for anyone who has not read it. After entering we noticed that the water inside the cistern has large fish swimming around. We happened to have some bread with us and had fun feeding them. The cistern was actually our favorite amongst all the tourist sites we visited in Istanbul.