Initially, our around the world plans did not include Poland, but this changed when we found it difficult to find affordable accommodation in Greece during August. Apparently everyone wants to go to Greece in August.  Who knew?  After some research we decided on Krakow, Poland. It looked like a family friendly city and we were intrigued by its’ history.  Once we decided on Krakow, we thought about going to Auschwitz, the notorious Nazi Concentration Camp.  But what about our 8-year old daughter Sydney?  Would this be too much for her?

When we had talked with others about whether we should bring Sydney to Auschwitz, we got varying reactions: everything from absolutely DO NOT take her to yes take her, she can handle it.

After much discussion we decided that Auschwitz was just too important of a place and part of history to not take her.  This horrible time in history continues to have an impact even today on our political landscape.  The other factor in our decision was in all reality we probably would not be visiting Krakow again any time soon.

Our decision to take her was not a light one, so to help her gain some understanding of the significance of Auschwitz we incorporated WWII history into her homeschooling.  To help prepare her, we had her learn about WWII and the Holocaust by reading the Dairy of Ann Frank, touring the Ann Frank house in Amsterdam, reading about WWII and the Holocaust and talking about what it must have been like.

Despite this preparation, as we took the bus out to Auschwitz, I was queasy with doubt as to whether this was the right decision.  I was not sure what to expect and kept on asking myself would this be too much for Sydney? What if I traumatized Sydney?  Personally, before visiting Auschwitz, shocking images of piles of dead bodies and half starved survivors from my high school and college history textbooks and documentaries kept running through my mind.  My anxiety was made worse upon arriving at Auschwitz they would not give Sydney a headset for the guided tour as they said it was too graphic. 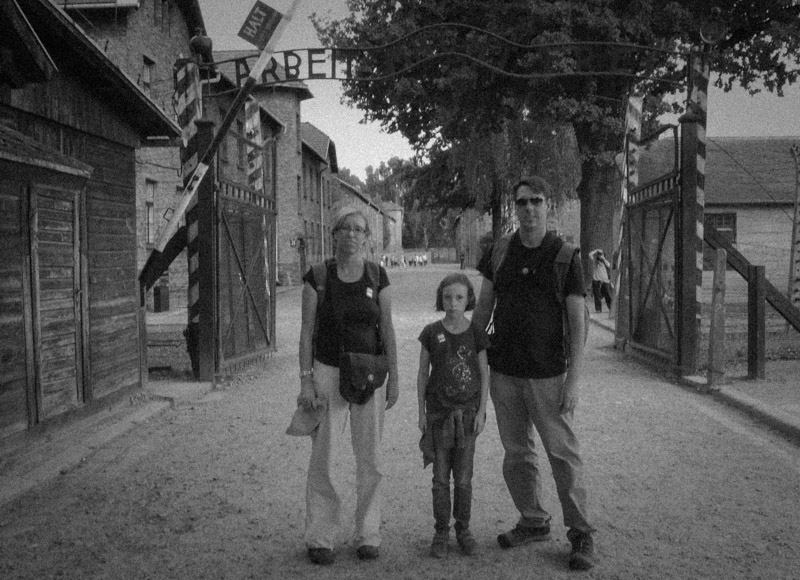 The three of us at Auschwitz

However, after visiting Auschwitz, I think my imagination was my own worse enemy. I have realized that the place is not about shocking visitors with graphic images, but is more of a memorial to the 1 million people who were murdered here.  Auschwitz provides a place for people to grieve and remember, especially for those who will never know the fate of their loved ones.  On the day we visited, family members could be seen remembering there loved ones by leaving flowers, candles, and notes. 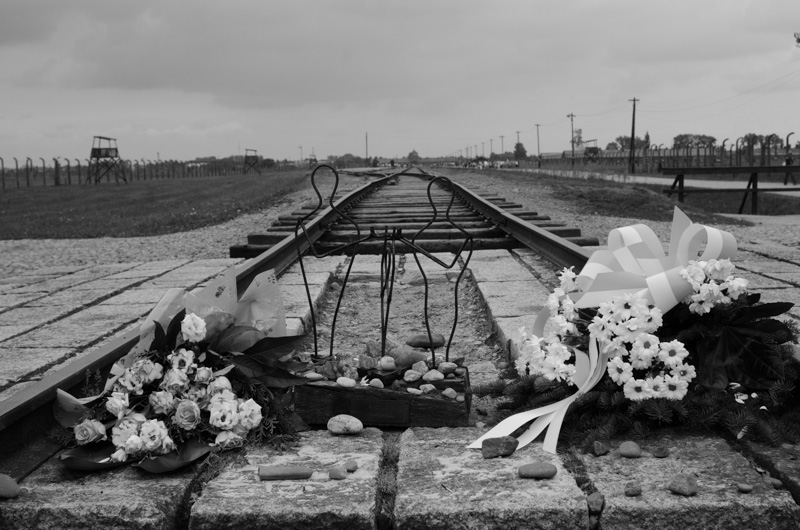 After visiting I realized that Sydney did not fully comprehend the depravity of Auschwitz. She saw it as just like any other historical site that we visited on our travels.  She did not find it scary or overwhelming.  What I am certain of, visiting Auschwitz will give her a much more in-depth understanding and empathy later in life. 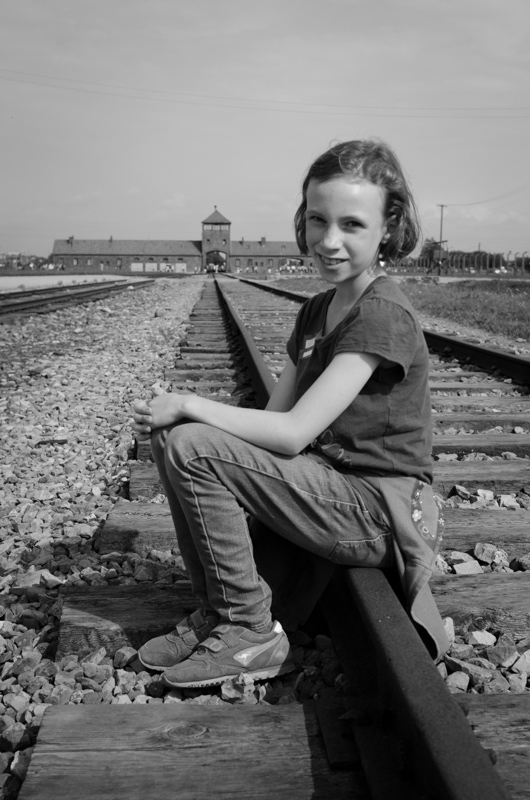 In learning about the Holocaust in a school setting, it can easily become about memorization of statistics, facts, and dates and thus in the process it loses its’ humanity.  But actually seeing Auschwitz brings a whole new level of comprehension and empathy for those who suffered horribly. For example, I knew that the camp was large, at one point housing close to 139,000 people at a time, but standing and seeing the endless line of chimneys across the horizon makes this much more real.  To actually see the size of the cattle cars that held 80 to 100 people and to realize that these people would be crammed into these cattle cars for days at a time is horrifying.  When Sydney learns about the holocaust in school later on in life, she now will be able to picture Auschwitz and hopefully be able to see beyond just the facts and statistics.  Seeing makes it much more real and human. 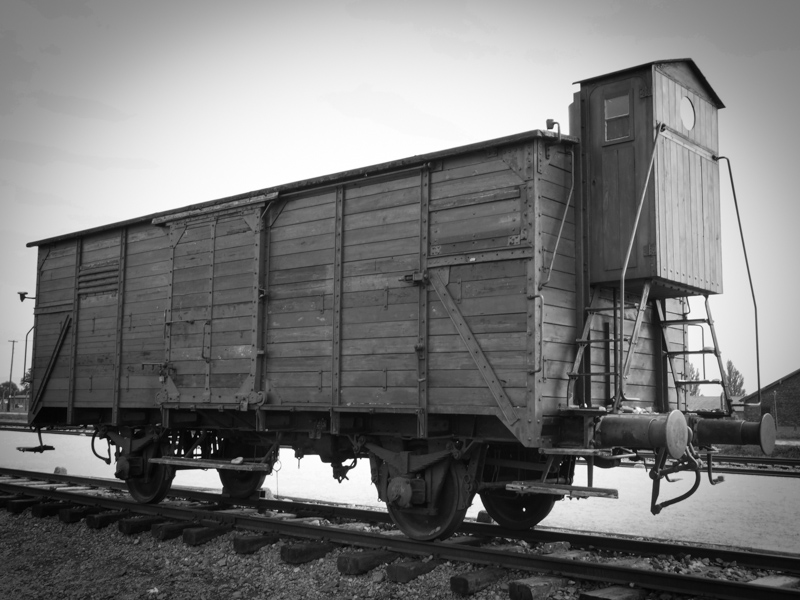 I know some will be appalled that we took our 8-year-old daughter to Auschwitz and I also know that this was not a fun outing for Sydney.  But I also strongly believe that one reason we travel is to gain a better understanding of our world today. Although it may be difficult, I think it does a disservice to sugarcoat or avoid talking about and seeing those difficult things in life.  When we avoid talking about difficult and complex things that happen in life with our children, it gives the opportunity for things like the Holocaust to occur again.  This is another reason why Auschwitz stands; to remind us what happens when we become indifferent to the plight of others.