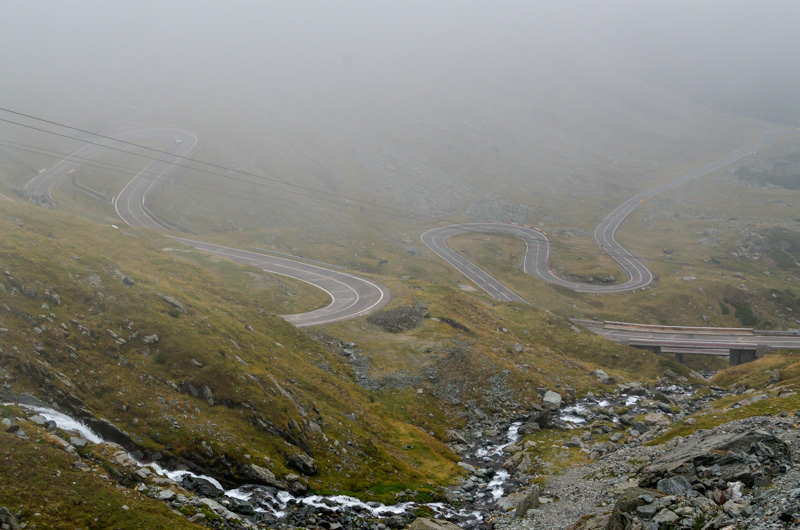 The travel guide’s warning made driving in Romania sound suicidal. From poorly maintained roads, potholes that would swallow your car whole, to slow moving horse carts and other obstructions that would ensure a snail space; it all sounded awful. Wanting to see more of the hard-to-get-to parts of the country we had no other choice. We rented a car!

With our seatbelts safely fastened in our Peugeot we ventured onto Romania’s roadways to seek out the historical castles and fortified churches that we had wanted to visit. As the city streets gave way to country roads a smile crept across my face; a maniacal grin, as my wife would call it. The roads were no longer straight and followed the contours of the land like a meandering stream. Zooming past fields of farmers working their land with scythes and other hand tools, it felt like we had gone back in time.

the journey was often more exciting than the destination!

As we made our way to the different cities and historical sites across Romania I found pure driving joy. The roads were well maintained, the horse carts and other slow traffic were easy to pass, and the roads never seemed to go straight. From rolling hills, to thick forests, to barren mountain passes, the scenery was breathtaking and the drive never felt dull or boring. Each curve of the road and slow vehicle that had to be passed gave a driving excitement you rarely find in other places. Driving in Romania was easy and the journey was often more exciting than the destination. Driving in Romania was a lot of fun!

Rated as the world’s number one road by Top Gear Magazine, the Transfagarasan Highway had to be driven. Built from 1970-1974 during the rule of dictator Nicolae Ceausescu the highway was to serve as military access across the mountains in case of a Soviet invasion. The construction of the highway was not easy and an estimated 6 million kilograms (13.2 million pounds) of dynamite was used on the northern face and 40 soldiers lost their lives in construction accidents. The result is an impressive 90 kilometers of twisting roadway that crosses over the Carpathian Mountains at 2,034 meters (6,673 feet) above sea level.

We drove the highway from start to end; breathtaking and a little white knuckled at times. With the hairpin turns and shear drop-offs, it was not only scenic; it was also a technical drive. At the top we saw thick fog and snow and understood why the road is closed from October to late June.

Check out the Top Gear video of the Transfagarasan Highway:

If you enjoy driving and plan to visit Romania, rent a car! You will not be disappointed.