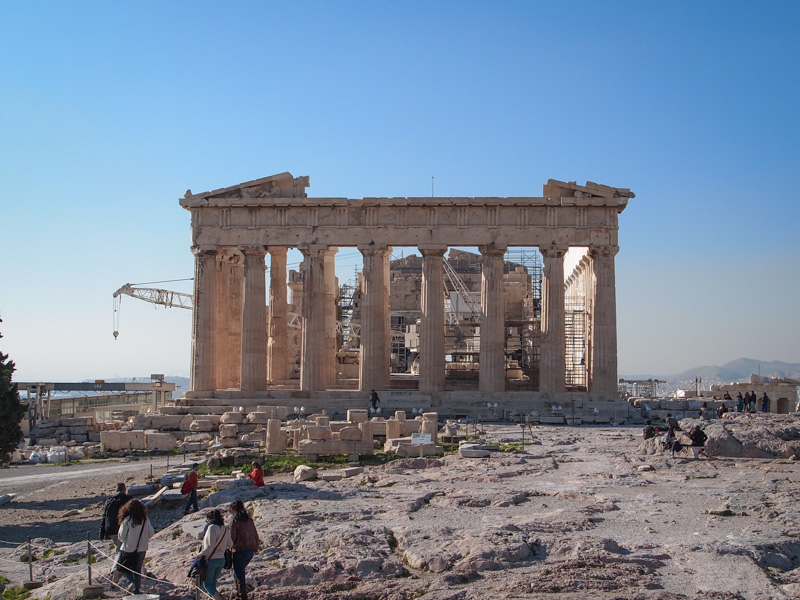 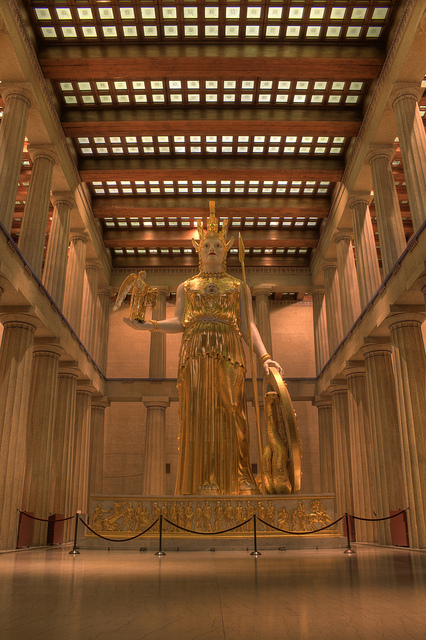 Replica of the Athena Parthenon. Photo by Tncountryfan.

I bet you wondering if I was at the Acropolis.  The answer is yes I was.  I thought the Acropolis was okay.  For me it was kind of boring.  To me it was just this giant old building. 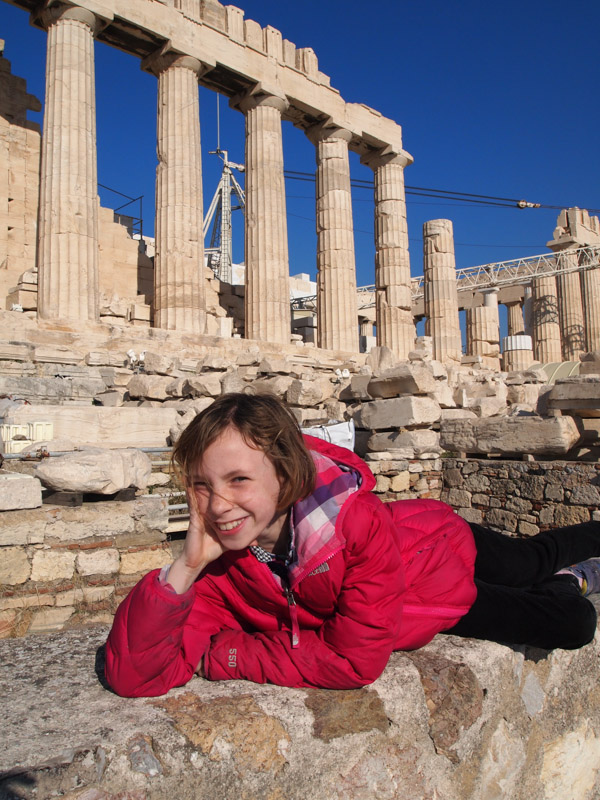 Sydney and the Parthenon 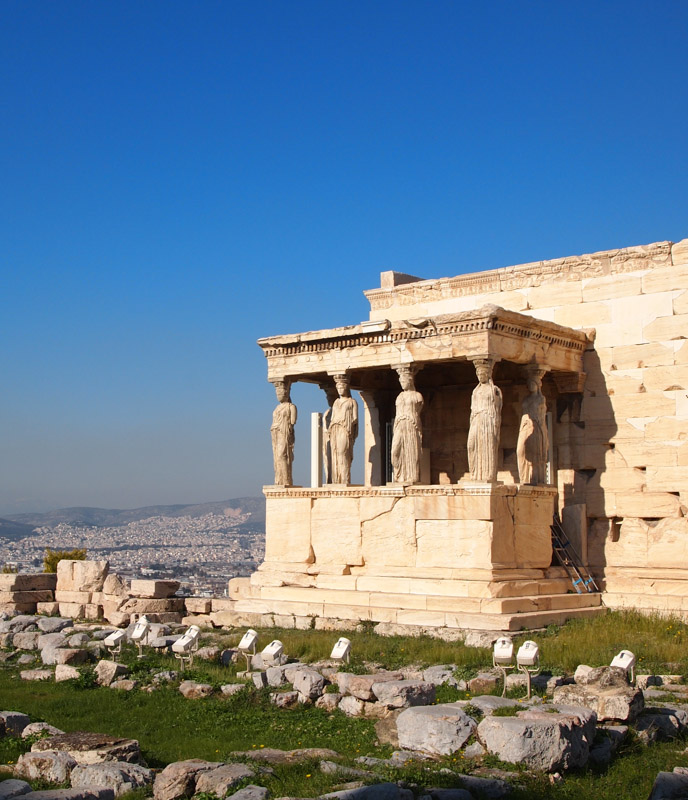 Erechtheion temple on the Acropolis 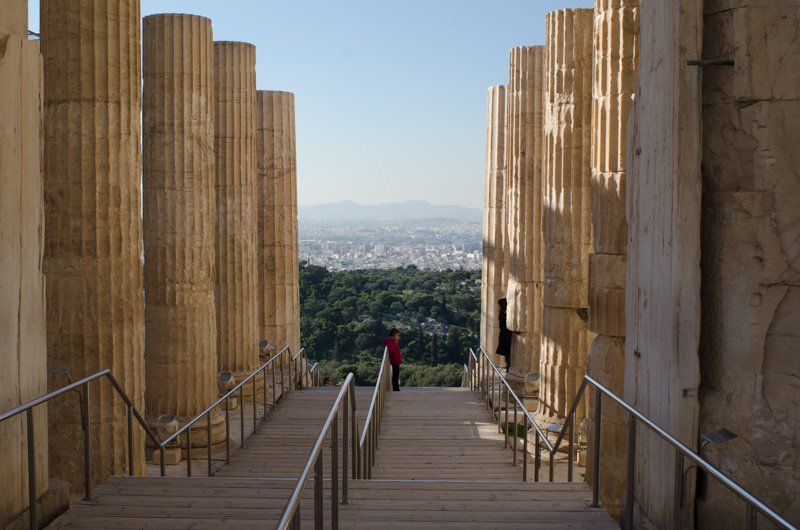 View from the Acropolis 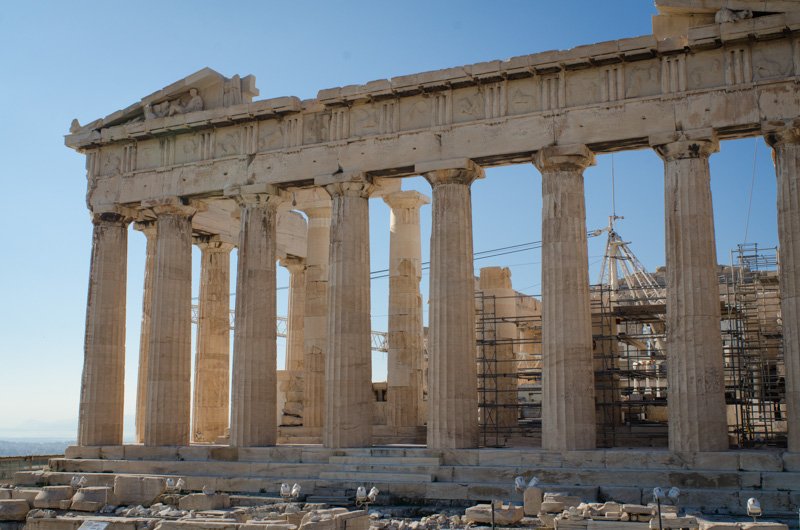 Did you know this?  Athena is the patron goddess of Athens.  She was born with no mother.  Here is how she was born.  Zeus was having a major headache.  The worse headache you could ever have.  He called in Hephaestus, the god of craftsmen and fire.  Hephaestus took a hammer and nail and split open Zeus’ head.  Out jumped Athena full grown and in armor holding a spear.

Athena is one of the youngest goddesses. She is the goddess of wisdom, war, and weaving. Athena invented the flute, the plow, the yoke, and the rake. She also taught woman to sew and to weave. So Athena was also very helpful. In war she was better then Ares, the god of war.

Here is the story of how Athena became the patron goddess of Athens. When a god or goddess grows up he or she can be a goddess or god of a city.  Athena and Poseidon, god of the sea, both wanted to be the patron of Athens. The people of Athens decided that the god or goddess with the most useful gift would be the patron of the city. Poseidon produced water. The Athenians thought that Poseidon would win. But when they tasted the water it was salt water.  Athena produced an olive tree. The people of Athens decided that Athena would be the patron goddess, because you can use the olive tree for wood, oil, and food.

Facts about the Acropolis

Now you know all about the Acropolis.