After our lame Christmas in Paris last year, we did not expect much from Athens, Greece. A Parisian Christmas sounded magical, but was a total dud. So when we read that the Greeks are not really that into Christmas, we imagined something even less festive than Paris. Boy, were we wrong!

Our first big surprise was our Athens apartment. The owner wanted to make sure we had a very nice Christmas so he put up Christmas decorations throughout the apartment and set up a large fully decorated tree. He even had a Christmas stocking for Sydney! And you cannot have Christmas without Christmas cookies, so he provided traditional Greek Christmas cookies for us. It was just our first day in Athens and already we knew that this Christmas was going to be different this year. We had heard a lot of negativity about Athens and we did not expect much. Our mission was to see the sites, celebrate Christmas, and get out. But Athens is a lovely city full of young, vibrant, and friendly people. In fact, Athens really surprised us and is now one of our favorite places. Everywhere we went we saw people wearing Christmas hats and lots of Christmas lights and decorations. It did not feel like the typical over commercialized American Christmas, it felt the way the Christmas season should feel. Magical!

The metro was cheap and efficient and got us everywhere we needed to go, but it also offered something we did not expect. Down inside several of the Metro stations we found Christmas markets offering lots of good treats, artisan olive oils, and traditional Greek Raki… aka Greek moonshine! In fact, they were happy to give you as many free samples of Raki as you wanted, which made the Christmas market seem even more festive. Besides the markets, the Metro also had live music featuring a full symphony. 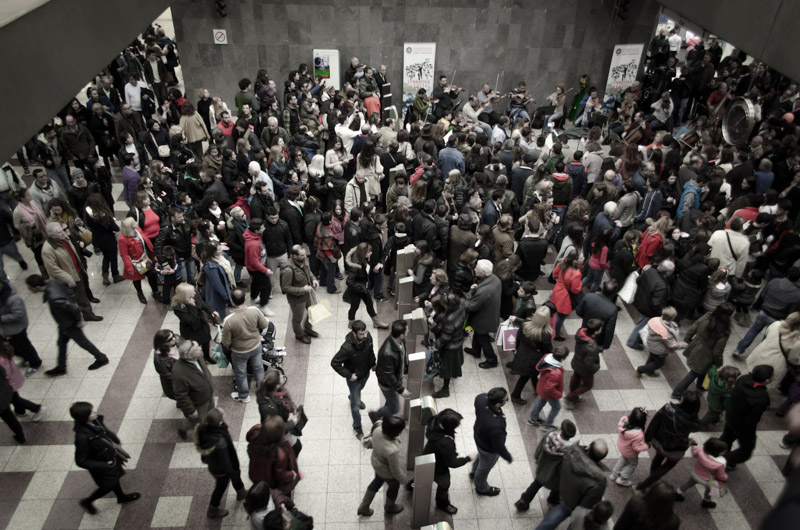 Symphony in the Athens Metro

And what Christmas is complete without a trip to visit Santa Claus? We found a place called “The Christmas Factory” that offered lots of fun family activities. They even had a place for kids to write letters to Santa and a large mailbox where they could mail them. And of course, the big man in red himself. Sydney asked Santa for a real live horse for Christmas. We had our fingers crossed that we would not find a horse in our living room on Christmas morning. 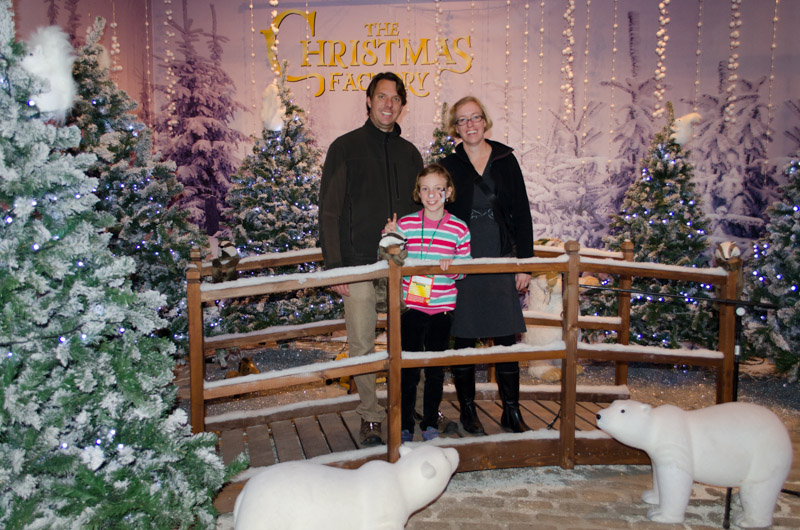 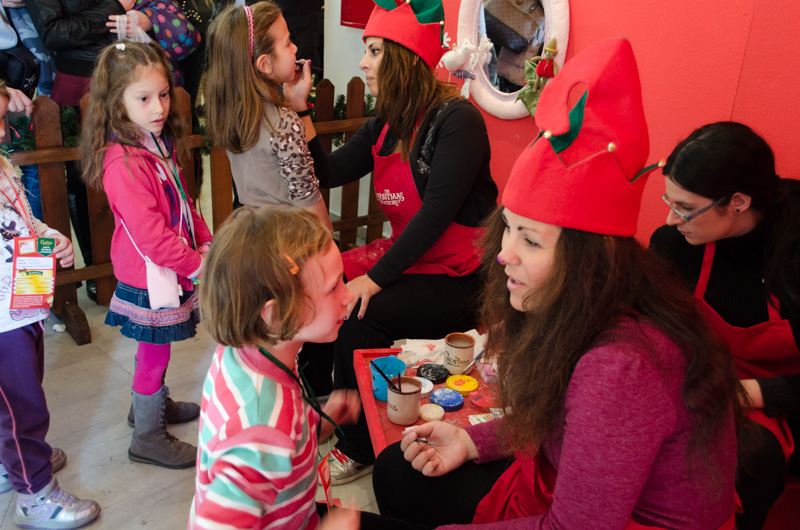 Deciding on a face painting 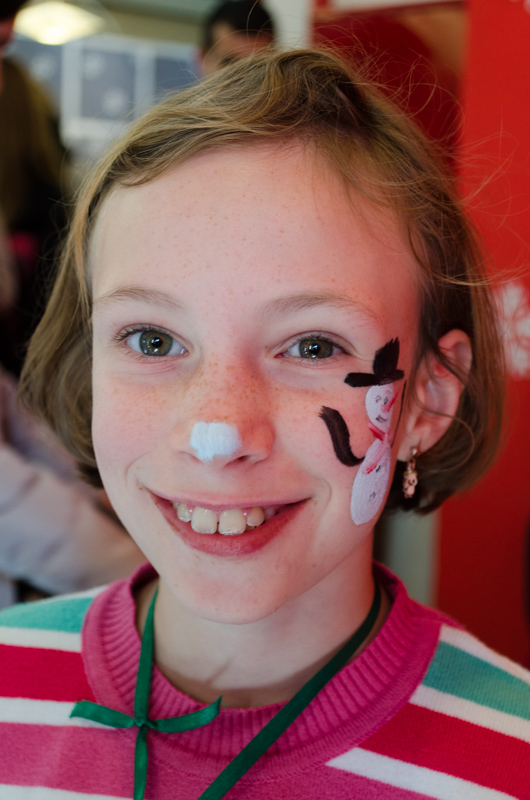 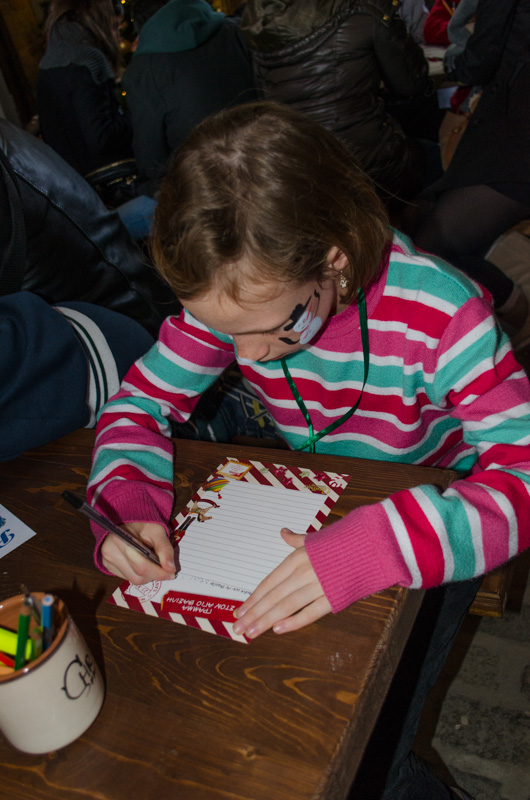 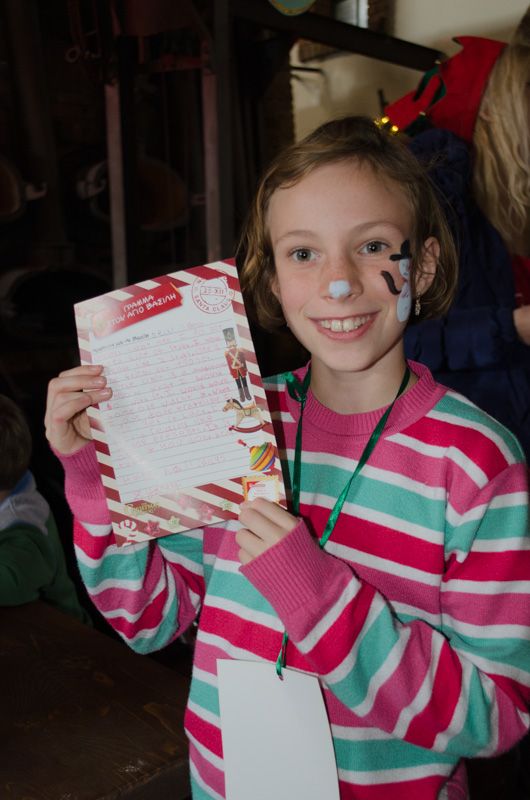 Sydney and her finished letter 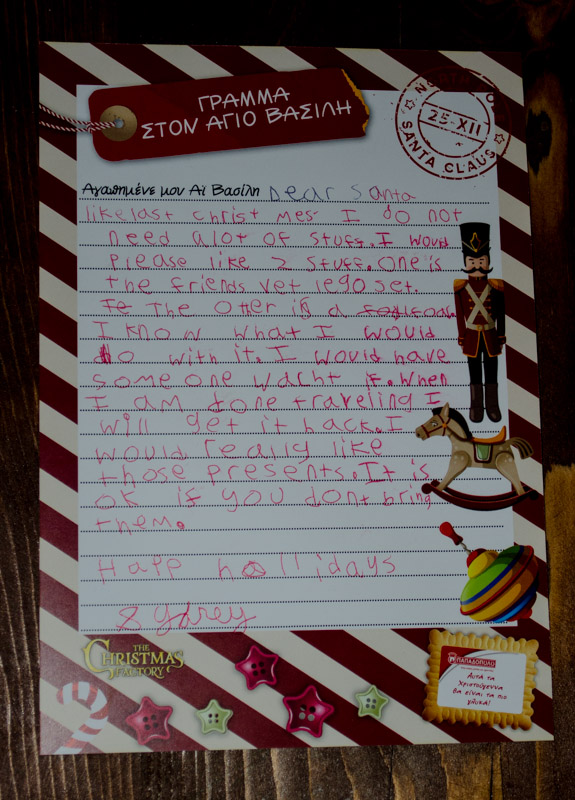 Sydney’s letter to Santa asking for a horse 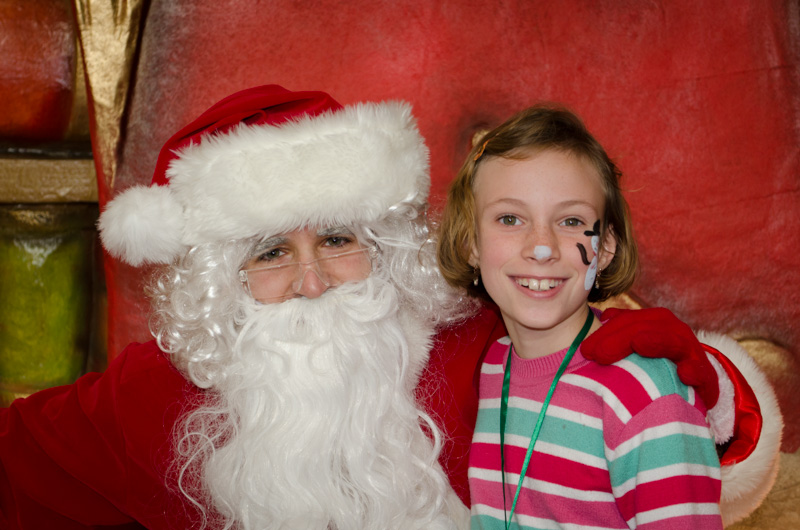 On Christmas Eve the city of Athens was filled with caroling kids with musical triangles. They would play their triangles and sing a traditional Greek Christmas song. They were on the streets, on the Metro, and they even came caroling at our front door. We were not sure what the correct procedure was, so we gave them some Christmas cookies, which they seemed happy with.

One of the reasons we chose the apartment we did was for the modern kitchen with oven. Many of the apartments we stay in have a kitchen, but no oven. Taking full advantage of the oven, Kerri and Sydney spent Christmas Eve baking apple turnovers and zucchini bread, which made our apartment smell really good.

For Christmas Eve dinner we purchased a whole turkey and baked it in the kitchen. It felt really nice to be making such a nice holiday meal again. 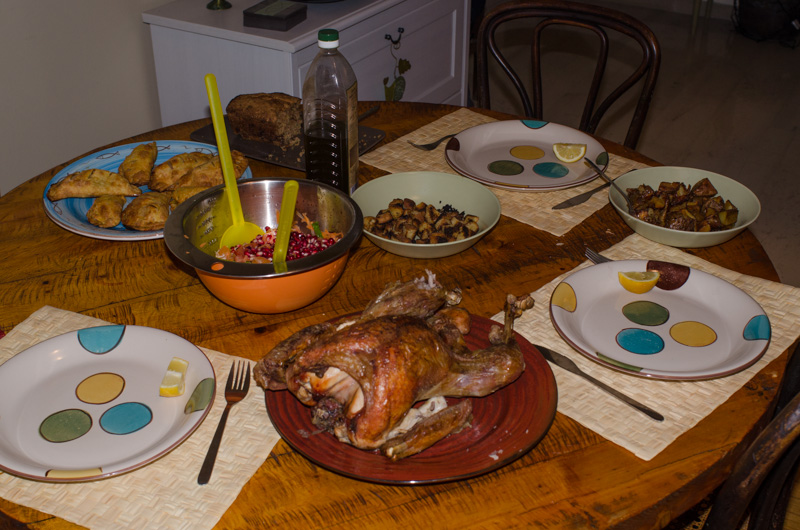 Before going to bed on Christmas Eve, Sydney left cookies and milk for Santa and carrot sticks and water for the reindeer. 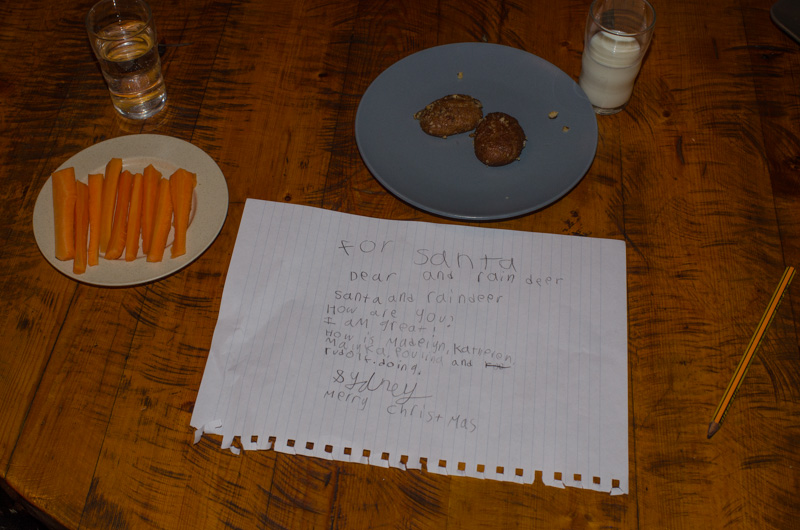 On Christmas morning we awoke to church bells and Sydney letting us know that Santa had come and left presents under the tree. We got up and sure enough, Santa had come in the night and left presents. While there was no live horse to be found in the apartment, Santa did give Sydney a real live horse. He signed her up to adopt a horse at Redwings Horse Sanctuary in England. Her horse’s name is Zippy and he is a beautiful Gelderlander. She can go to the stable’s website and view pictures and videos of her horse and send him messages. She also receives updates in her email and if we ever make it back to England, she can visit Zippy at the stables. She says this was the best Christmas ever! 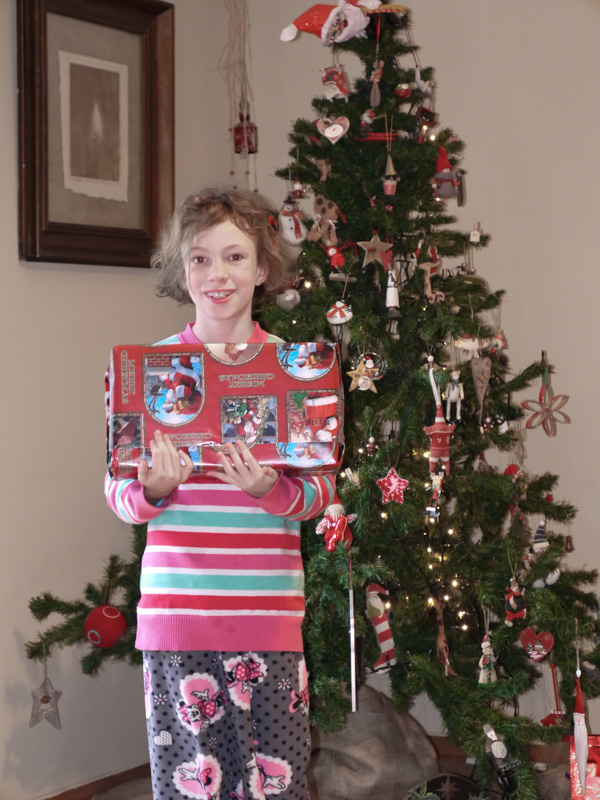 We could not have asked for a better place to spend Christmas. The weather was great, the people were friendly, the historical sites and museums were amazing, and the city was festive. We had not expected much from Athens, but we were surprised at how nice it was. We would not want to visit in the heat of the summer, but Christmas was the perfect time to visit. Maybe someday we will come back and spend another Christmas there. 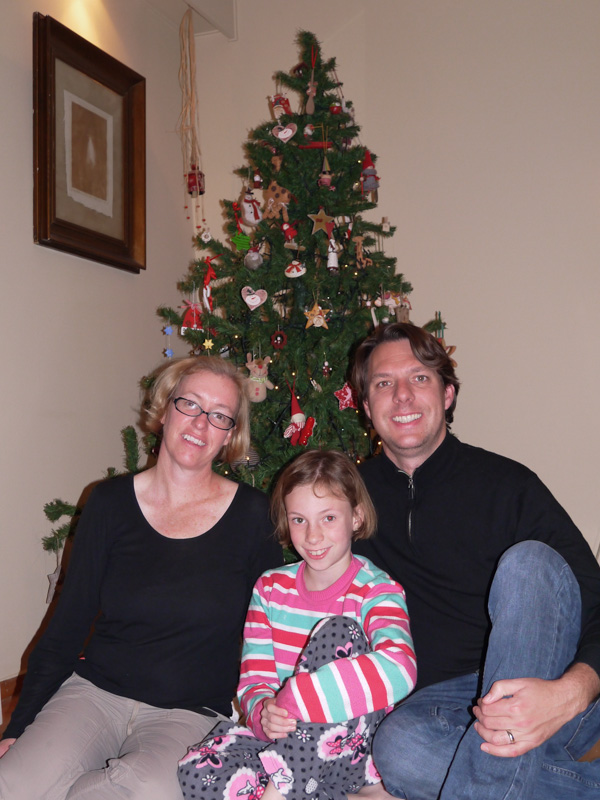