During the month of February, we were in Thailand.  While in Thailand, we finished our stay in Bangkok, spent 3 weeks on the island of Koh Phangan, a couple days in Ayutthaya, the ancient capital of Thailand, and then crossed over border to Siem Reap, Cambodia. 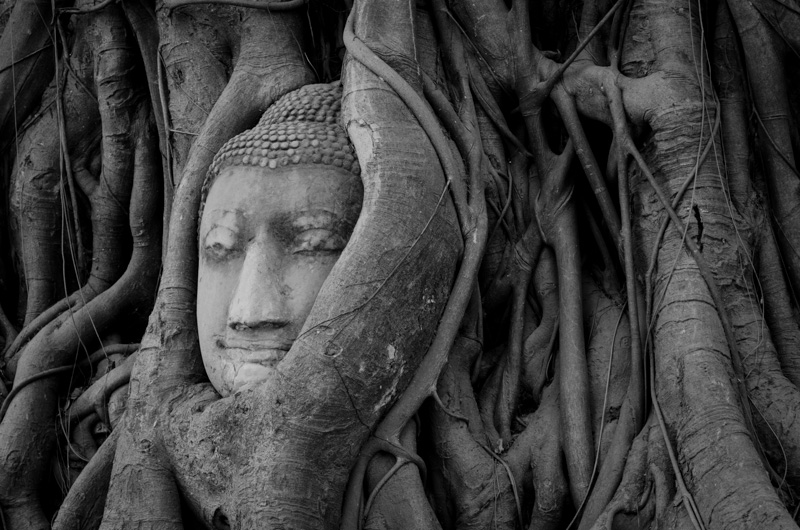 So how did we do with our budget with spending a month in Thailand?  The good news is that we came in under budget.  We spent a total of $2161.45 or $77.19 per day or $25.73 per person per day.  To be honest I am not really sure if this is good or bad.  I think before arriving to Thailand I had unrealistic expectations of how cheap it was going to be.  So I was a little surprised by how much we actually did spend especially on food.

For the month of February, 1 USD equaled approximately 32.75 Thai Baht.  In Cambodia, both USD and the Cambodian currency the Riel is used.  Anything below a dollar is given back in Riels, otherwise USD is the primary currency.  The Riel is steady – 4000 Riel equals 1 USD.  It has been really weird using USD after so many months of being out of the US.  We have decided USD is pretty boring looking compared to other currencies.

Our biggest expenditure this month was for food.  Our total costs for food was $704.32.  We spent $363.38 for dining out and $341.34 for groceries.  We found that the cost of groceries in Thailand was about the same as dining out.  When dining out, the average cost for a Thai meal was approximately $2 to $3 and western food was $4 to 6.   Admittedly, we could have eaten for a lot cheaper, however we rapidly burned out on Thai food.  I know there will be a lot of people who will strongly disagree with what I have to say next.  Before going to Thailand, we were a family who loved Thai food.  However after being in Thailand for a month, we found Thai food to be on the boring side.  It seemed like there was little variation on the dishes and that the ubiquitous use of Thai chilis killed any other tastes in the dishes. 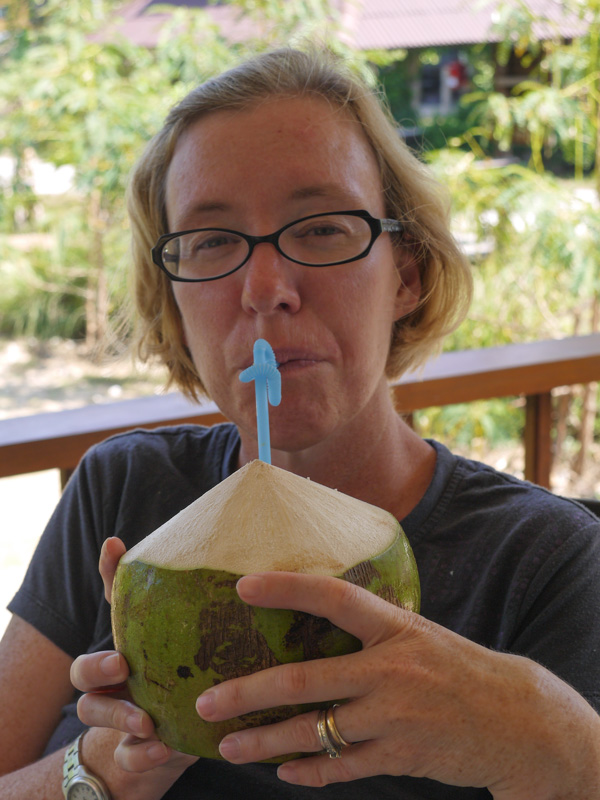 Our next biggest expenditure was for lodging for a total of $613.59.  Our apartment in Bangkok cost us $148.57.  As a side note, part of the cost of the week long stay in Bangkok is reflected on last months budget.  We were in a hotel for the first couple days while on the island of Koh Phangan, which cost us $100.09.  We were then able to find a bungalow with a kitchen for rent for $299.23.  We spent several nights in Ayutthaya for a total of $42.68 and one night at the border of Cambodia, which cost $17.83.  We also had the miscellaneous cost of $5.19 for laundry this month. 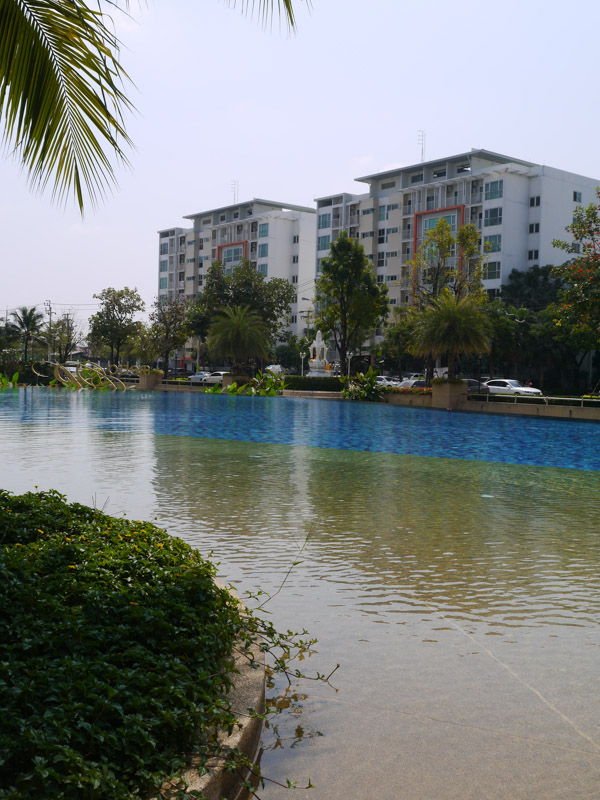 One of the things we have noticed about SE Asia is that as soon as you add a second bed to a room the price doubles.  So lodging will definitely be cheaper for a couple or the individual traveler.

Our transportation costs were $300.97.  We took the night bus and ferry from Bangkok down to the island of Koh Phangan for a total of $77.34.  We then took the ferry and night train to Ayutthaya, Thailand for $94.93.  If I could do this again, I would spend a little extra and go with the train over the bus.  We got much better sleep while on the train and it was more comfortable.  With the train, we also had less waiting in the middle of nowhere while we were shuffled from one bus to the next.

We took the train from Ayutthaya to the border of Cambodia for a bargain costing $5.04 for the 3 of us.  The only option for train to the border is third class.  It wasn’t too bad until we got closer to the border.  There is no air-conditioning on the train and they were burning the rice fields.  It was incredibly smoky with the windows open, but way too hot to close the windows, 90+ degrees.  By the time we arrived at the border we were actually covered in ash and a sweaty mess.  After crossing over at the border, we took a taxi from Poipet to Siem Reap for a total of $30.61

While on Koh Phangan we rented a jeep for the day.  The rental cost was $24.43 and fuel cost $15.27.  It was nice to get out to see the rest of the island, but I am not fully convinced it was worth the amount we paid for the rental and fuel.  Perhaps next time we will be brave enough to rent a scooter and do it Thai style with all 3 of us on one scooter. 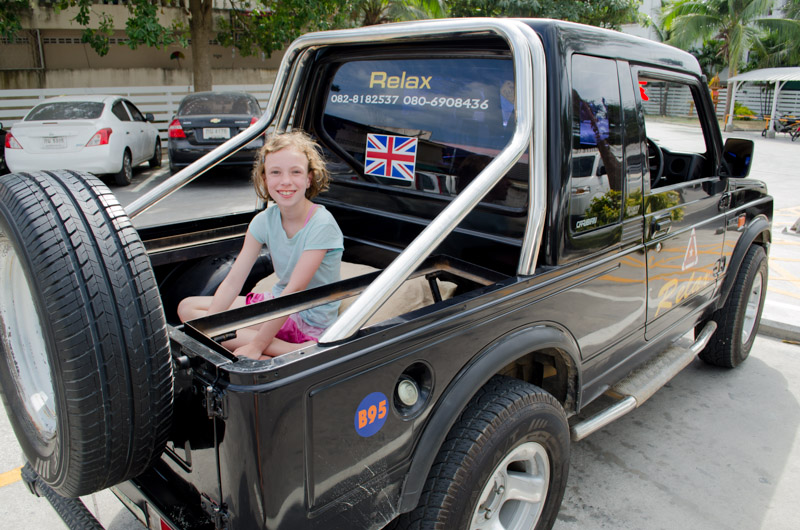 Our jeep on Koh Phangan

Our total expenditures for local transportation were $47.91.  While in Bangkok we used the sky tram and metered taxis.  For the sky tram, the cost is based on the distance you are going.  It was pretty cheap and efficient, but with 3 or more people a taxi may be the cheaper option.  With metered taxis, always use the meter.  If they won’t use the meter be willing to get out and find another taxi.  If you don’t use the meter you will pay more.  In other places we used tuks tuks to get around.  Don’t be afraid to negotiate.  Also before going places research what the average cost is so you have an idea of what is reasonable rate is. We spent a total of $178.66 for medical.  We were long overdue for a dental exam, so while in Bangkok we had our teeth cleaned and had some dental work done which cost us $156.50.  We also bought some ibuprofen and DEET mosquito repellent this month.

We spent a total of $116.79 on entertainment.  This included a canal boat tour in Bangkok, 1 hour kayak rental in Koh Phangan, a heavenly massage for all three of us, watching a Muay Thai kick boxing match, feeding some fish, and feeding baby elephants.  I do not regret spending money on any of the things we did.  Although, I probably wouldn’t go back to see a Muay Thai kick boxing match, it is just not my thing.  Instead I would have gotten a few more massages. 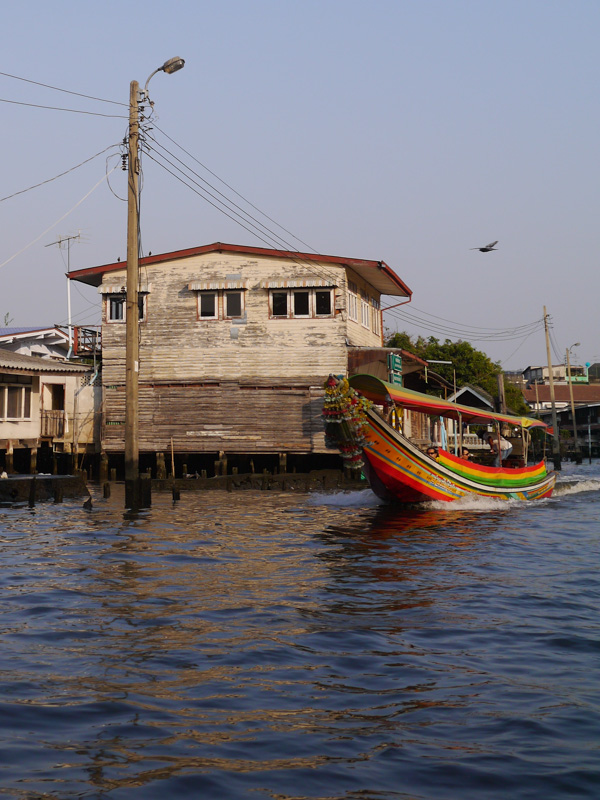 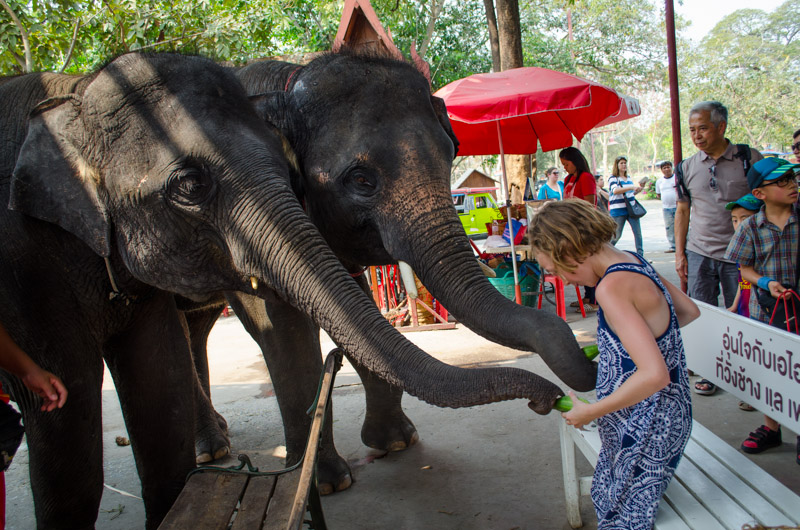 We spent a total of $147.32 under the miscellaneous category.   Miscellaneous items included using the bathroom, small donation to the Wats, clothing, and copies of our e-visas for Cambodia.  Jason this last month had an interview for a job opportunity in New Zealand and we needed to buy some clothing for this.  Unfortunately the opportunity did not work out, but at least Jason now has a shirt and tie with him.

We spent a total of $64 for the e-visas for Cambodia.  Overall it was a very smooth process to do online.  It only took 3 days to get back our visas and when we arrived at the border we did not have to worry about people trying to scam us.

We spent $22.53 on entrance fees.  This included seeing Wat Pho in Bangkok and the ancient temples of Ayutthaya.  Both were well worth the expense. 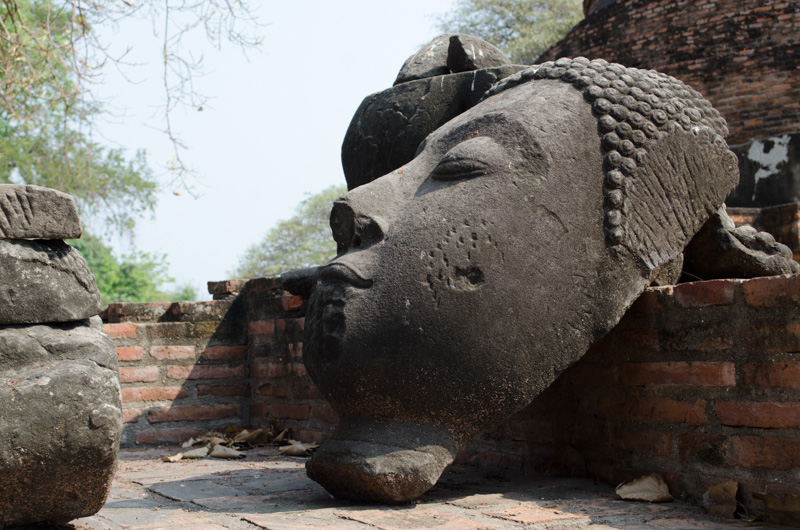 We spent a total of $12.87 on communication.  This included postcards, stamps, and a sim card.  I got to say that the stamps for the postcards were the cheapest that we have encountered since leaving on our round the world trip.

Overall, we found Thailand to be nice, but did not really “fall in love” with Thailand. We felt like Thailand was kind of “vanilla”, like it could have been any place tropical.  It was also more expensive than I expected.  Admittedly we were only in southern Thailand and that the north maybe very different.  We did have the opportunity to catch up with fellow travelers Duncan and Jane from To Travel Too while on Koh Phangan.  It was great meeting up with them again. 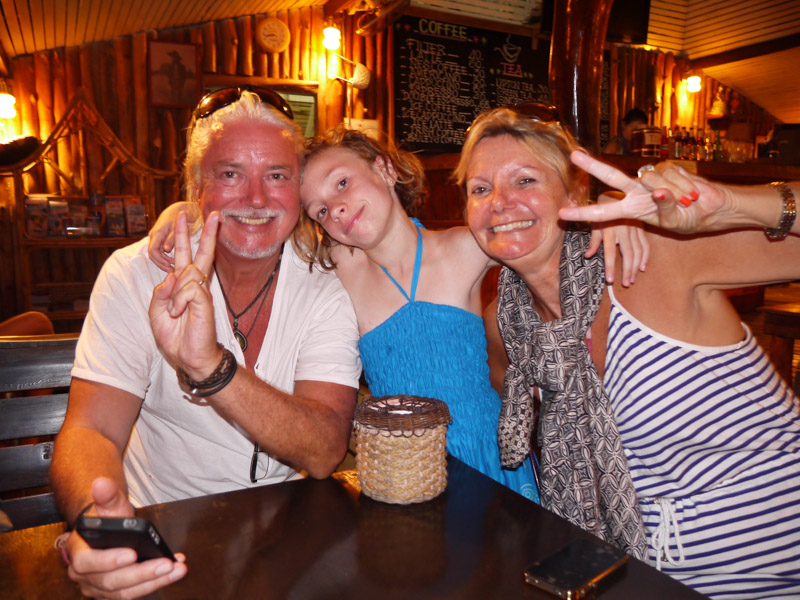 Duncan, Jane, and Sydney having fun hanging out