Before leaving on our around the world adventure, we spent endless hours watching travel videos and reading travel guidebooks to get ideas of where to go. Laying on the couch dreaming of the possibilities, one place in particular captured my imagination: the eternal flames of Chimera. The flames, located in Southern Turkey, are naturally occurring fires that have been burning for over 2500 years. No one knows how these flames started. But in ancient times, these fires were so prominent that they could be even seen at sea and were used by mariners as a guide. 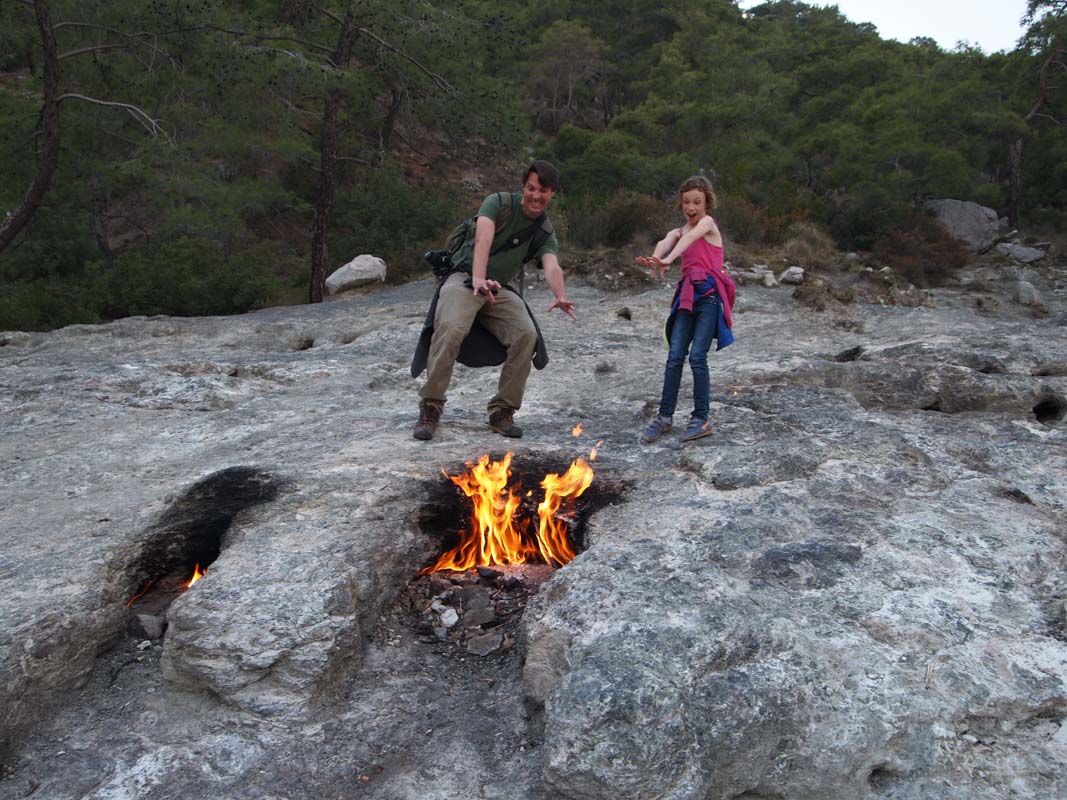 So when we decided to spend the month in Fethiye, the flames of Chimera were on our list of must-sees. After much research, we decided the best way to reach the flames of Chimera would be by car and to stay the night. The flames of Chimera can be reached by bus and done in a day trip from Fethiye, but we wanted ample time to see the flames and explore the area. We were able to find a reasonable car rental with help from the apartment owner where we were staying at, and were off. After about 4 hours of driving on twisty roads along the beautiful southern coastline of Turkey, we arrived to the town of Cirali where the flames are located.

We had read that the flames were best seen at night. As dusk was rapidly approaching, we promptly checked into our hotel, dropped our bags off, and headed off on the 3-kilometer hike up stairs to reach the flames. The hike was a pleasant one and we enjoyed walking through the pine forest while eagerly keeping a lookout for the flames. After what seemed like more than a 3 kilometers we came around a corner and spotted some ancient Lycia ruins and fires scattered across the rocky ground. At last! The flames of Chimera! 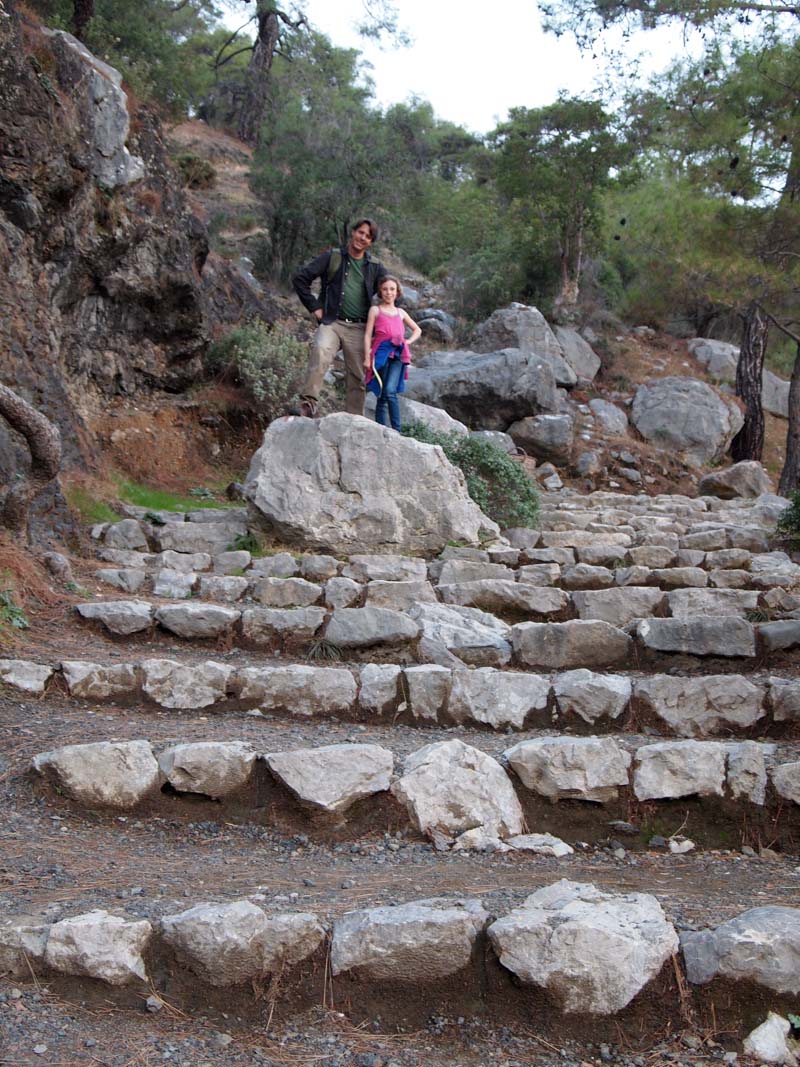 The stairs to the flame 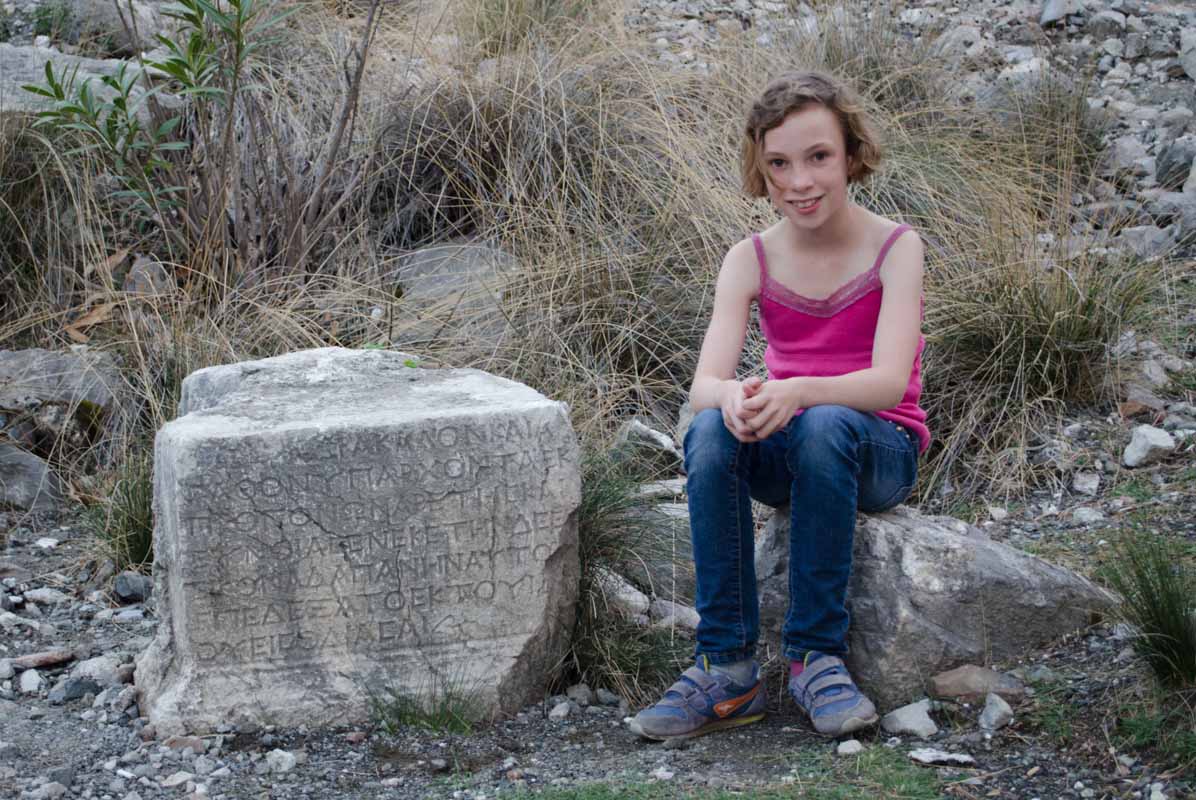 Several travel videos we had watched showed people attempting to extinguish the fires by pouring water over the flames. Although it looked like the flames had been extinguished, it would suddenly spring back to life. Imagine flames that could not be extinguished. Of course, we had to give it a try for ourselves. We had come prepared with an extra liter water bottle and upon arriving promptly dumped the entire content of the water bottle on one of the flames. With a whooshing noise, it went out. We then waited and waited and waited some more. Wait, there was something wrong here. It was not relighting! Guiltily we looked around to make sure that no one had seen us extinguishing the “eternal flames of Chimera.” Images of mobs of angry Turkish people flashed across my mind chanting, “You put out our flames” or however you say it in Turkish. Making sure no one noticed, we quickly grabbed a stick, applied some alcohol based hand sanitizer, and lit the stick on fire. We then stuck the stick down towards the ground where the flame had been. With a whooshing noise, the flame relighted and relief flooded through me.

After our accidental/purposeful extinguishing of the flames of Chimera, we decided to just enjoy watching the flames, warm ourselves with fires and watch the stars come out. We had an enjoyable evening watching this natural wonder and stargazing while keeping nice and toasty warm. My only regret…we didn’t bring marshmallows, graham crackers, and chocolate to make s’mores. Now that would have been a perfect night. 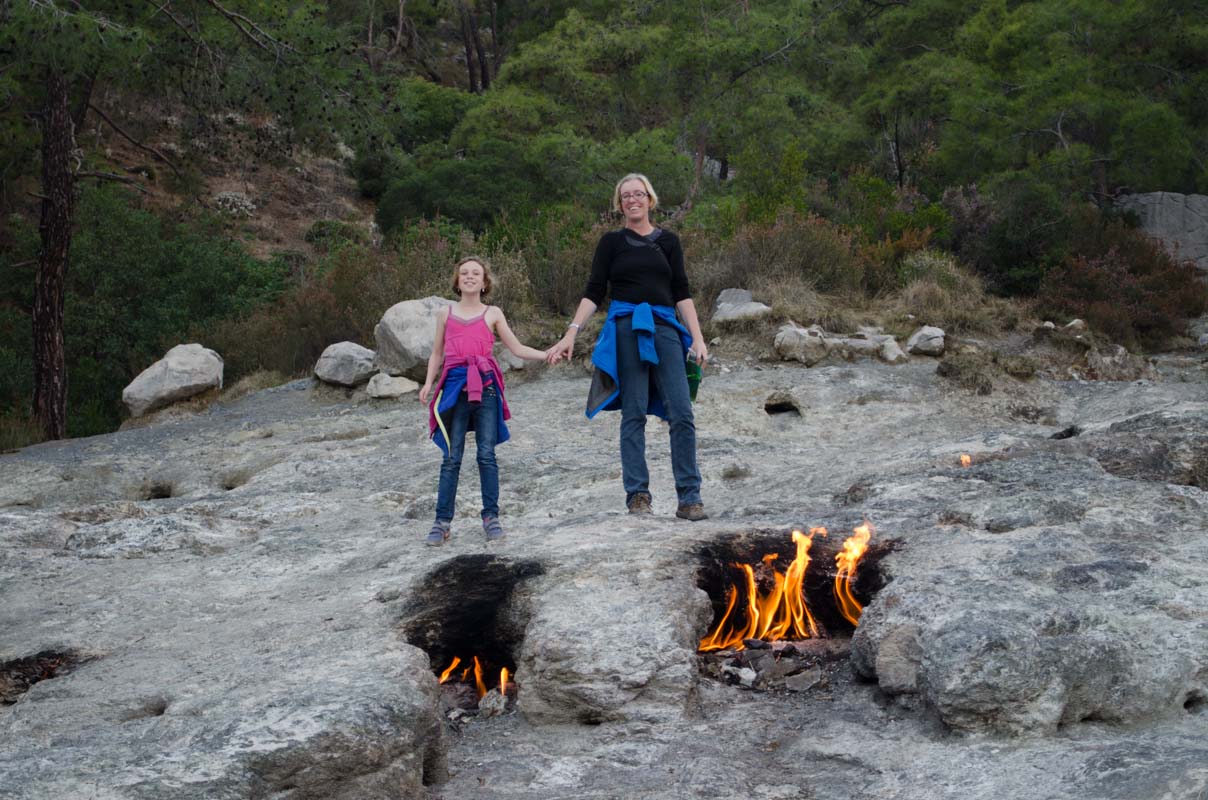 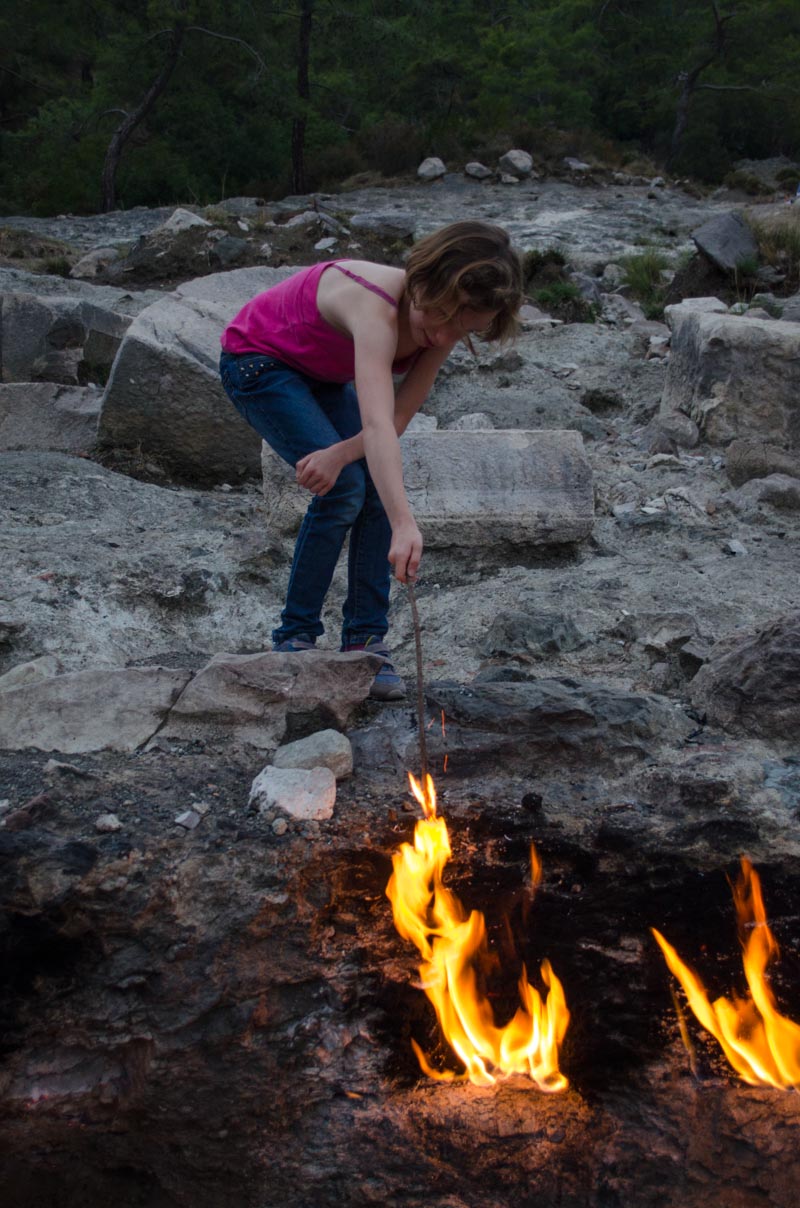