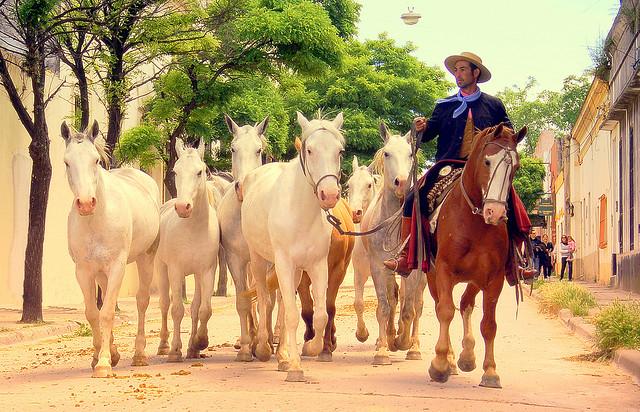 Bounded by the South Pacific, the South Atlantic and the Caribbean, South America is a region of superlatives, incomparable with any other place on earth.

This is a continent full of wonders, one of which is the Amazon River, the longest in the world. But South America has so much more to offer, including the world’s largest rainforests, remote islands including Easter Island and the Galapagos that time seems to have forgotten, the majestic Andes mountain range, the heavenly beaches of Brazil, the wide Atacama Desert, the icy landscapes of Patagonia and Angel Falls, the planet’s tallest waterfall.

The work of man and cultural influences are also apparent throughout the many countries of South America. Ancient civilizations have certainly left their mark; just visit the ruins of Machu Picchu or any of the many other Inca, Aztec and Mayan cities, but modern culture is also prominent as the continent is home to such great destinations as Buenos Aires, Caracas, Lima, Rio de Janeiro and Sao Paulo.

Colorful in so many ways

From the brightly colored flora and fauna flourishing in the rainforests to the traditional garb of its people, South America cannot be experienced in just a single visit. However, it is possible to make the most of one vacation by welcoming and embracing its people, their fashions, the food, the spectacular views and the continent’s way of life. And the music, whether it is salsa, tango, merengue, drums or a combination, music fills the air throughout the land.

South America’s musical styles are just as colorful and varied as its people thanks to the many different countries, regions and ethnicities. The pervasive sounds of Latin jazz, the smooth Andean pipes and the infectious samba are just a few examples. Travelers are guaranteed to come across locals practicing the age-old traditions of making musical instruments, such as ocarinas with four keys, or even the 12 hole ocarina in many villages. For music lovers or those who simply love the cultural aspect of these instruments, learning about their design and construction is a great way to pass some time.

Taking in the music

There are lots of music festivals in South America, many of which begin in the spring; the end of October, when the weather is starting to warm up. The majority of festivals also coincide with the end of tourist season, which means more room for everyone. Jazz lovers will not want to miss the Buenos Aires Jazz Festival, which is typically held in the first week of November and consists of hundreds of musicians, plenty of music, food and dancing. In Ecuador, both All Souls Day and the country’s Independence Day are close together at the beginning of November, which means almost the entire population will be celebrating with music, parades, parties and general festivities.

The key to enjoying a true musical tour of South America is to do a little research in advance, which will help make the detailed planning a little easier. There is so much to see and do throughout the continent that it might be a good idea to focus on a particular region to really get a taste of the local culture. Above all, remember to book early, especially when traveling for a specific festival, as hotels do fill up, even during the slower seasons.