How many people from America get to see a wild kangaroo in Australia and get to stand three feet away from it? Not a lot. Now this blog is going to be about Australia’s most treasured animal, the kangaroo. 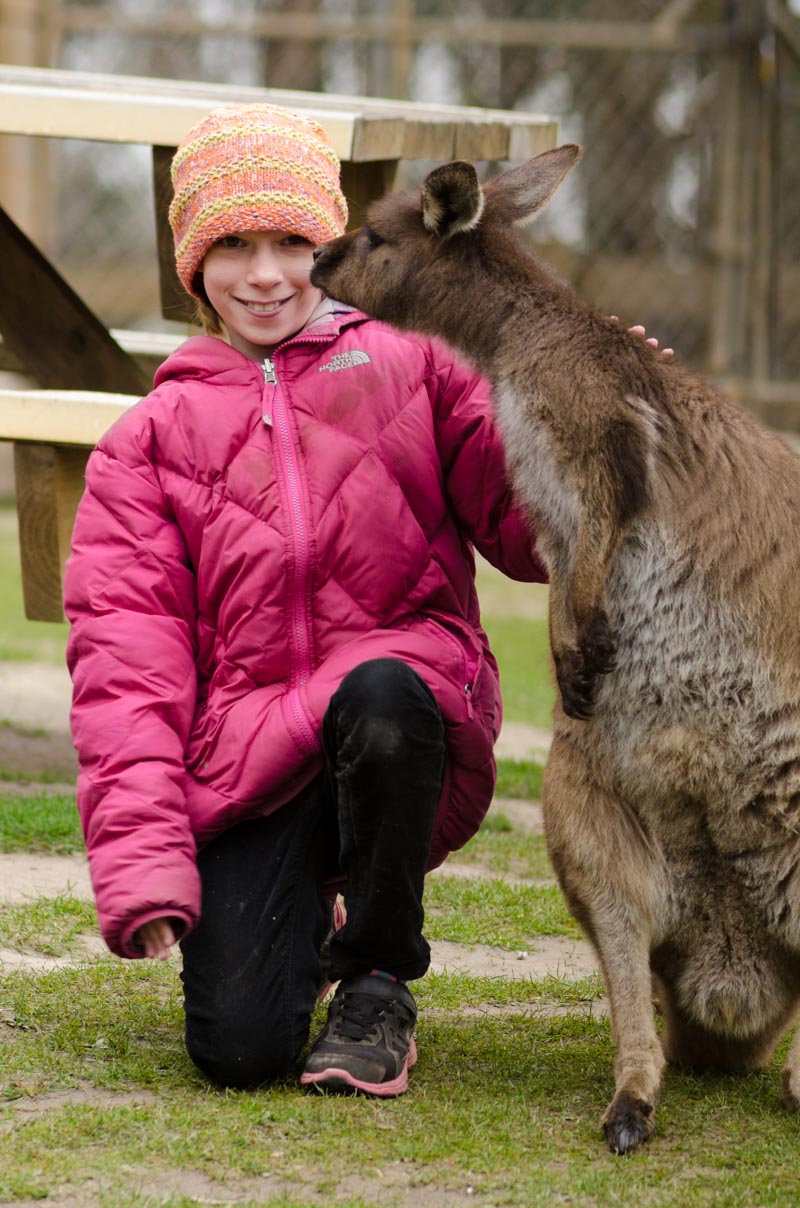 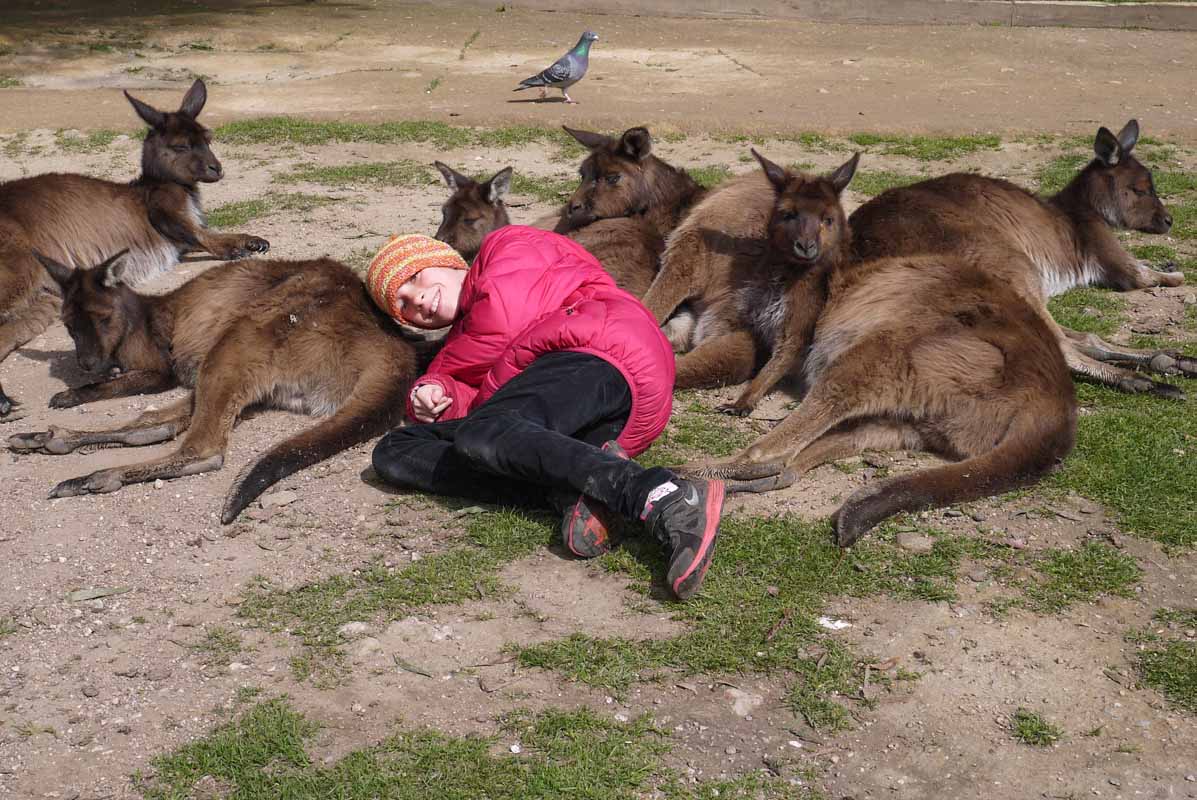 We saw a kangaroo at Hanging Rock. It was just sitting there eating its’ food. The best part of all, the kangaroo had a little joey. A joey is a baby kangaroo. It was really cute. We also get to see a lot of kangaroos in our backyard, which is about 15 acres. A herd of kangaroos is called a mob. We have also found tons of kangaroo bones in the backyard, because hunters will come and shoot the kangaroos and leave them to rot. We found a jaw and thighbone. The bones were huge and cool looking. 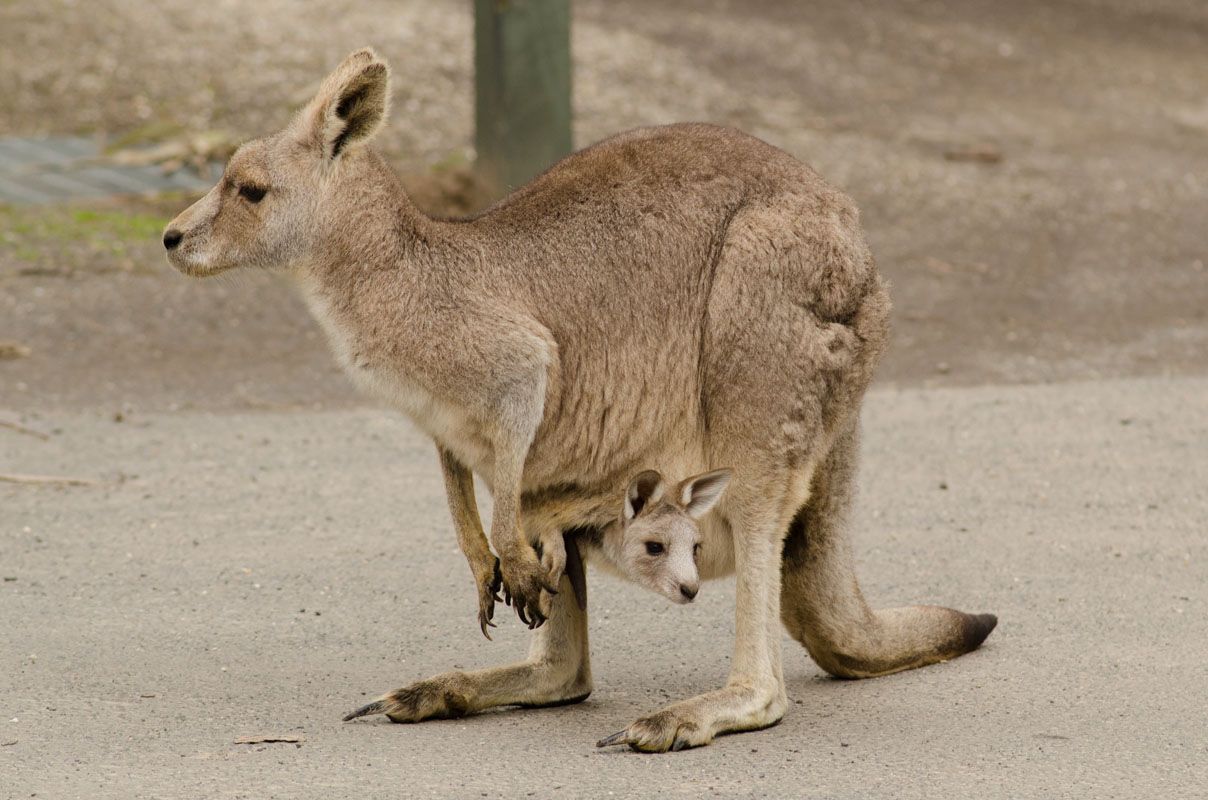 Mother and her joey at Hanging Rock 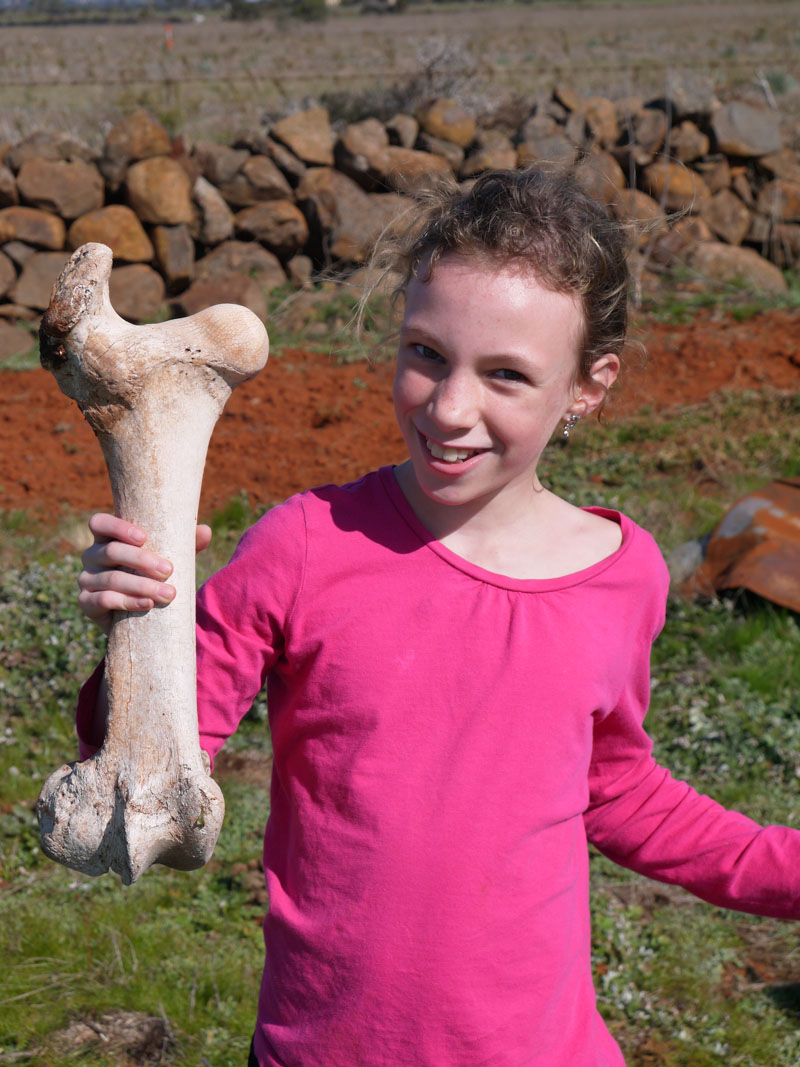 I am holding the thigh bone of a kangaroo 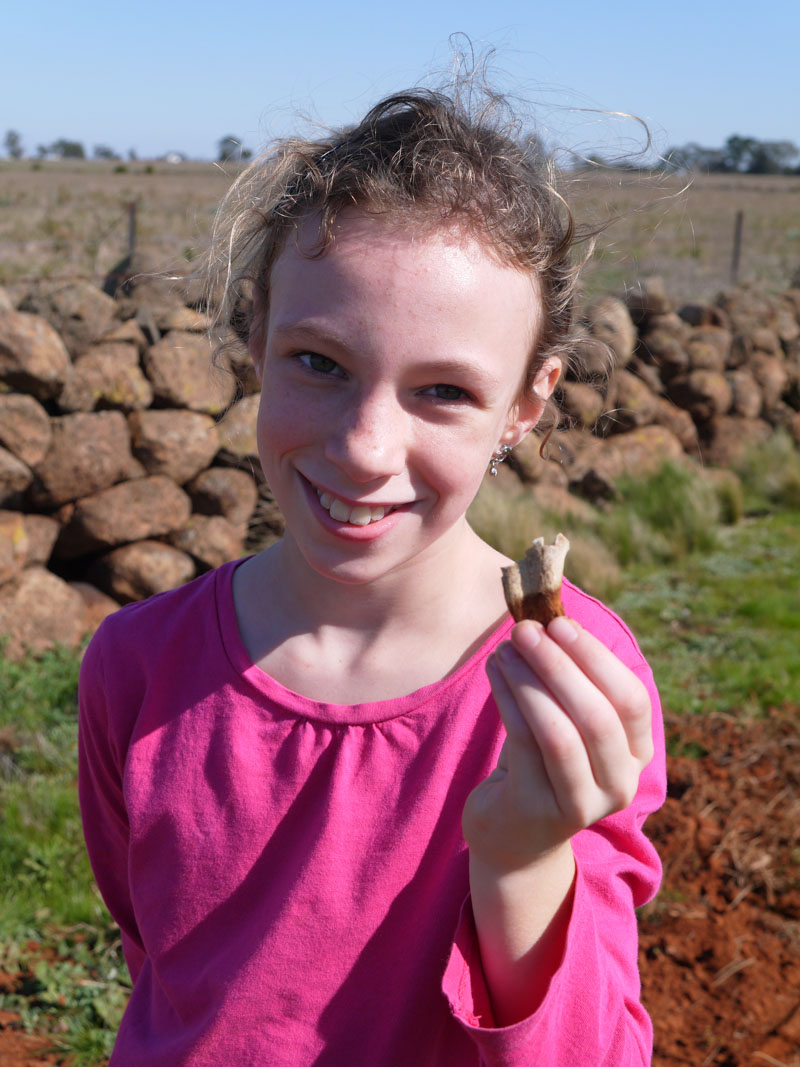 Now you probably want to hear facts about these kangaroos. So let’s get on with it. Kangaroos are native to Australia. So don’t expect to see them elsewhere. Kangaroos are very mysterious creatures. Kangaroos are marsupials. A marsupial is animal that has a pouch. If you were wondering what kangaroos eat then you should know that they are herbivorous. This means they do not eat meat, instead they eat grass. 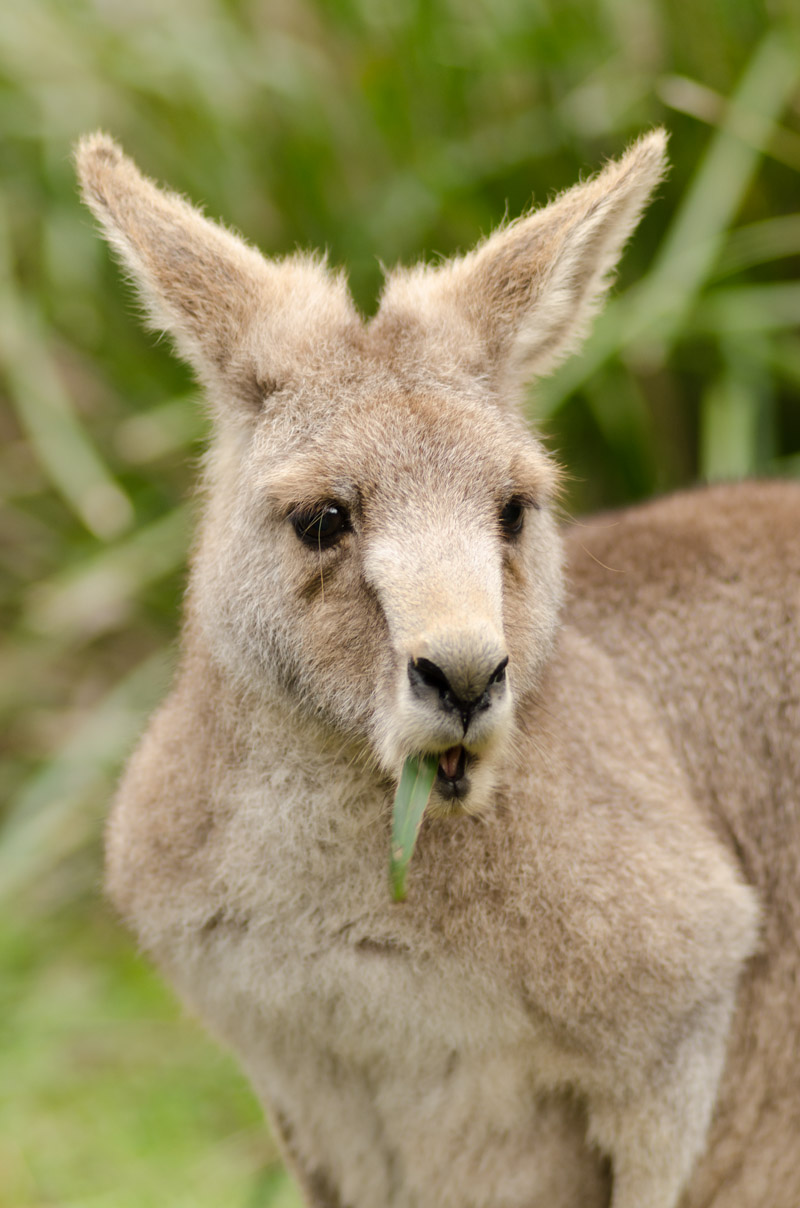 The only marsupials that hop are kangaroos and wallabies. A lot of people wonder why kangaroos hop instead of walk. The answer is that it is faster for the kangaroo to hop then walk. One kangaroo hop is equal to a few strides of a racehorse. To be exact when a kangaroo hops it can hop a distance up to 21 feet and an up to 10 feet high. That is pretty good. A kangaroo can hop up to 65 kilometers per hour. A racehorse fastest speed ever recorded was 88 kilometers per hour. But if you raced a horse against a kangaroo the kangaroo would win. A horse at that pace can only do a short burst of speed unlike the kangaroo, which when it hops can go a long way. 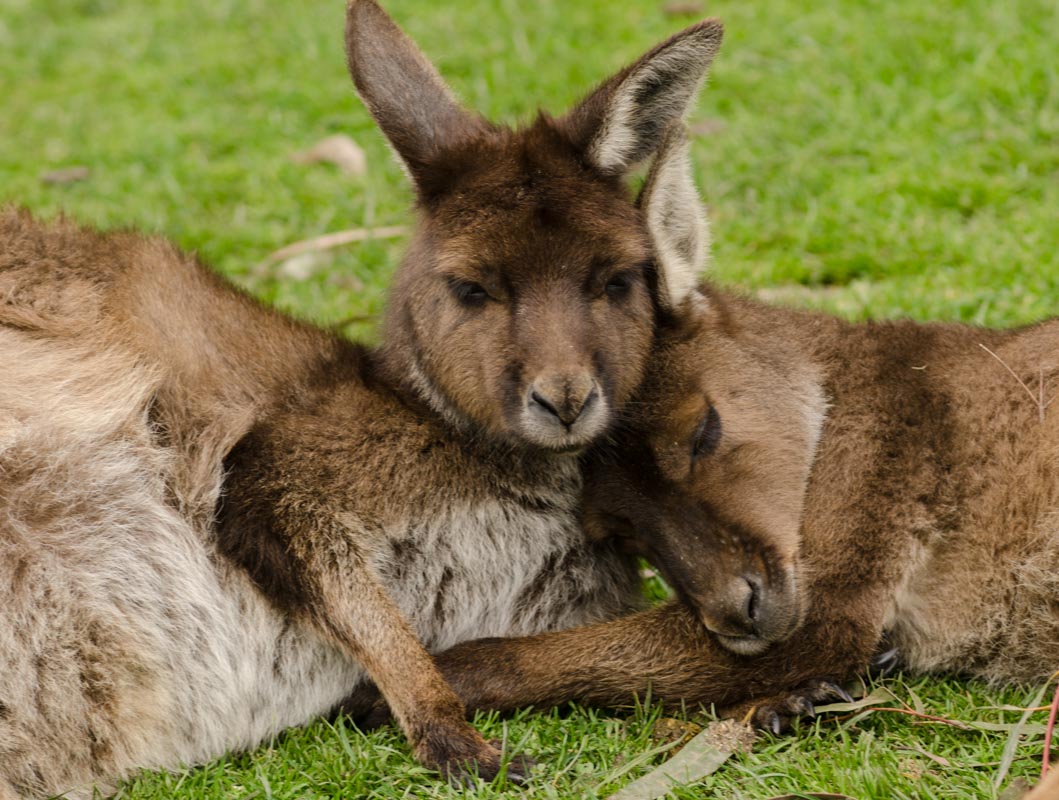 Want to hear something cool? A kangaroo has three vaginas and two uteruses. A kangaroo is always pregnant. One of her joeys is out of the pouch when the other joey is nursing in the mom’s pouch and then she is pregnant with her third joey. Also if it is hard times for the kangaroo she can put her pregnancy on hold. This means she can stop the pregnancy for a little bit. A baby kangaroo is about the size of your pinkie nail when it is born. When a joey is born it has to climb 6 inches up to its’ mother’s pouch through thick fur and connect itself to its’ mother’s teats. It will stay in the pouch for 8 months. I would not want to be a mother kangaroo because she has to clean out the poop in her pouch by licking it. YUCK! 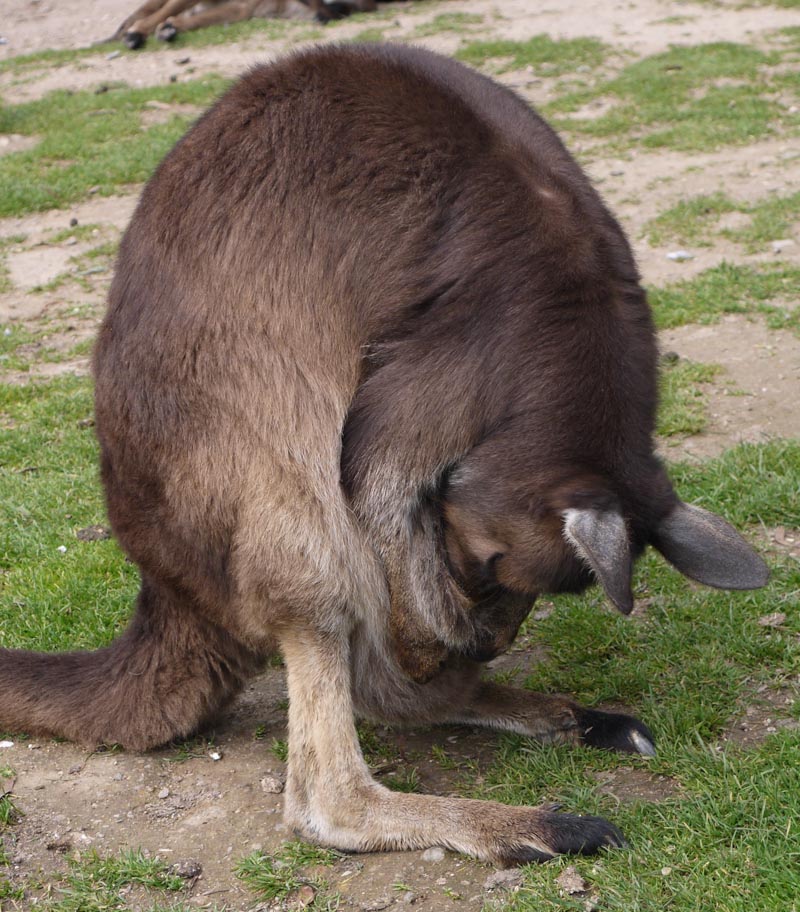 Mother kangaroo cleaning out her pouch