For special occasions like birthdays, anniversaries, and Christmas, we try to travel or do an activity instead of giving a gift. Over the years we have had some great experiences and made good memories. For Jason’s birthday, we decided to spend the weekend on Cape Cod in Massachusetts.  Although it is only 150 miles away, this was our first-time visiting Cape Cod. The Cape, shaped like an elephant’s trunk on the map, is deceptively long at 70 miles and is comprised of 15 towns. It was overwhelming trying to choose which town to stay in. 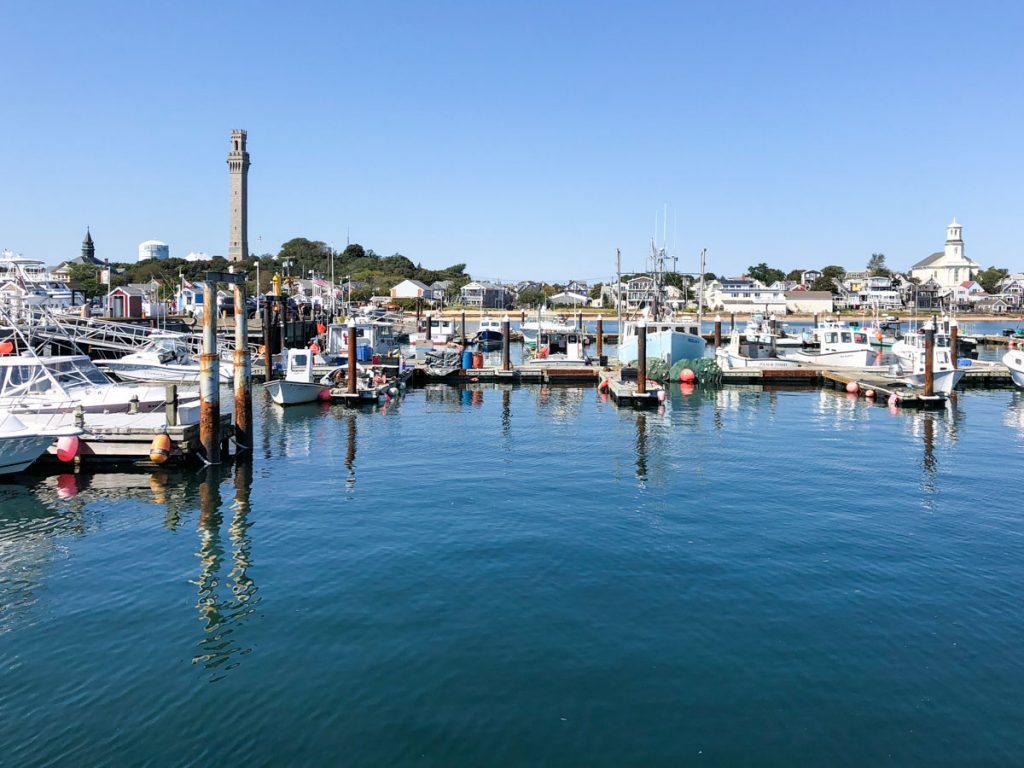 To get a sense of what the Cape had to offer, we decided to stay at the tip in Provincetown, or P-town as it is also known.   Provincetown was everything we hoped for.  It had a fun, funky vibe.  Provincetown is known for its’ artists and LBGTQ community. We enjoyed walking along commercial street browsing through the multiple art galleries and people watching. Everybody was really friendly, and inviting. We even felt welcome walking into the galleries and just discussing the different artists’ works.  In our travels we have noticed that some galleries will not give you the time of day unless you are wearing a Rolex watch.  Although there are some great art to be admired, I especially enjoyed the people watching. I have never seen so many men in tight shorts and leather vests! 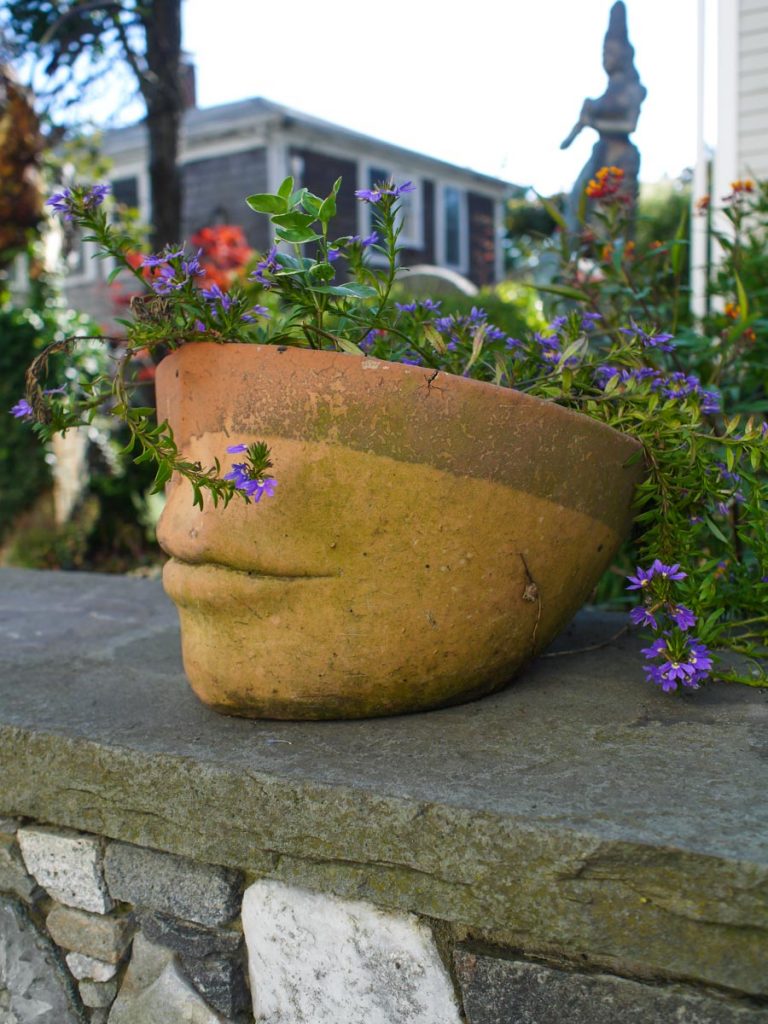 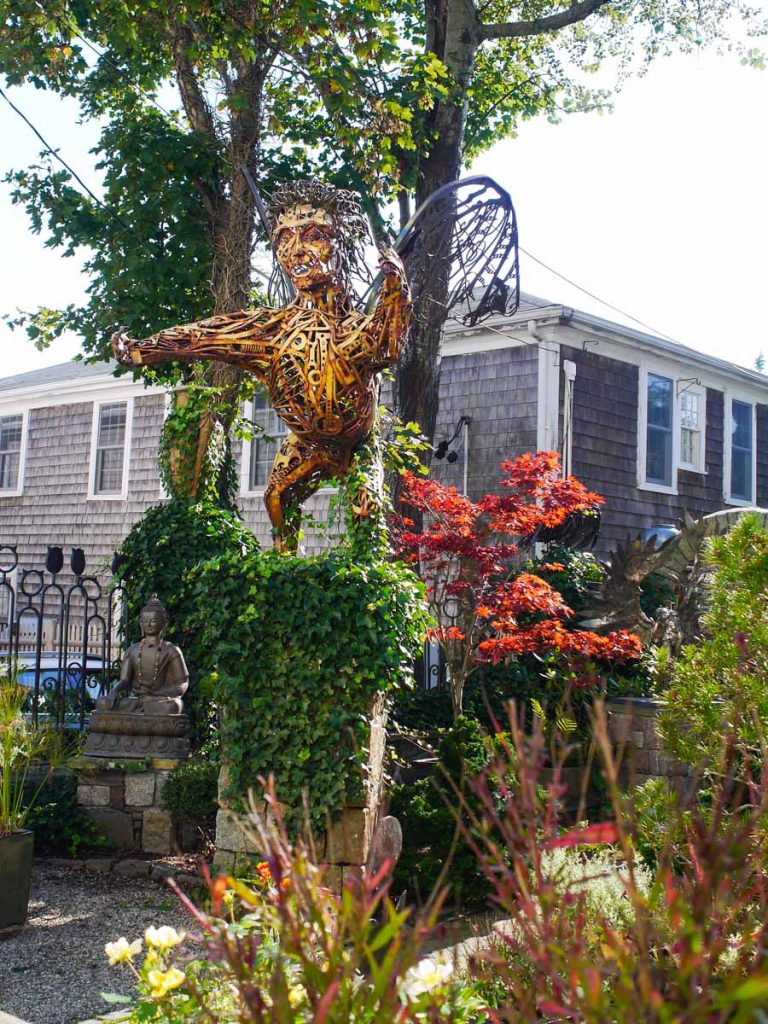 While in Provincetown we climbed to the top of the 252-foot tall Pilgrim Monument which commemorates the landing of the Mayflower on November 21, 1620. Built in 1910, the Pilgrim Monument is the tallest granite structure in the US and can be seen for miles around. It definitely has fantastic views and worth the 116 steps to the top. While walking up, you will notice stones engraved with town names, societies and colleges.  It was interesting looking for towns in Maine, which there are several. 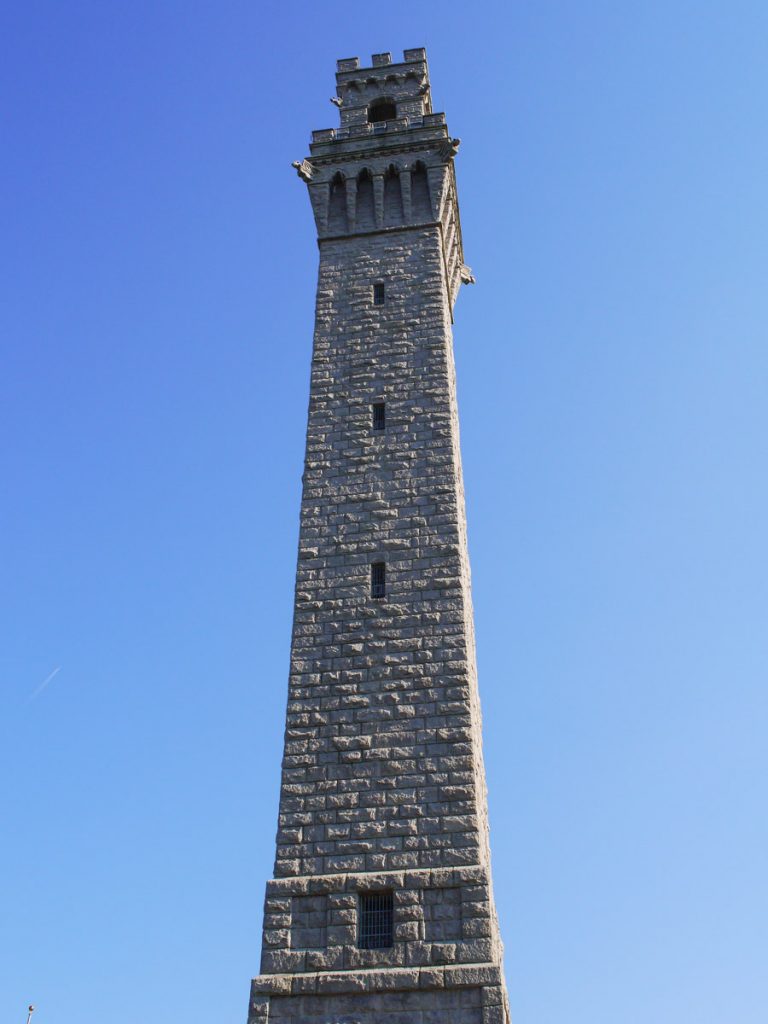 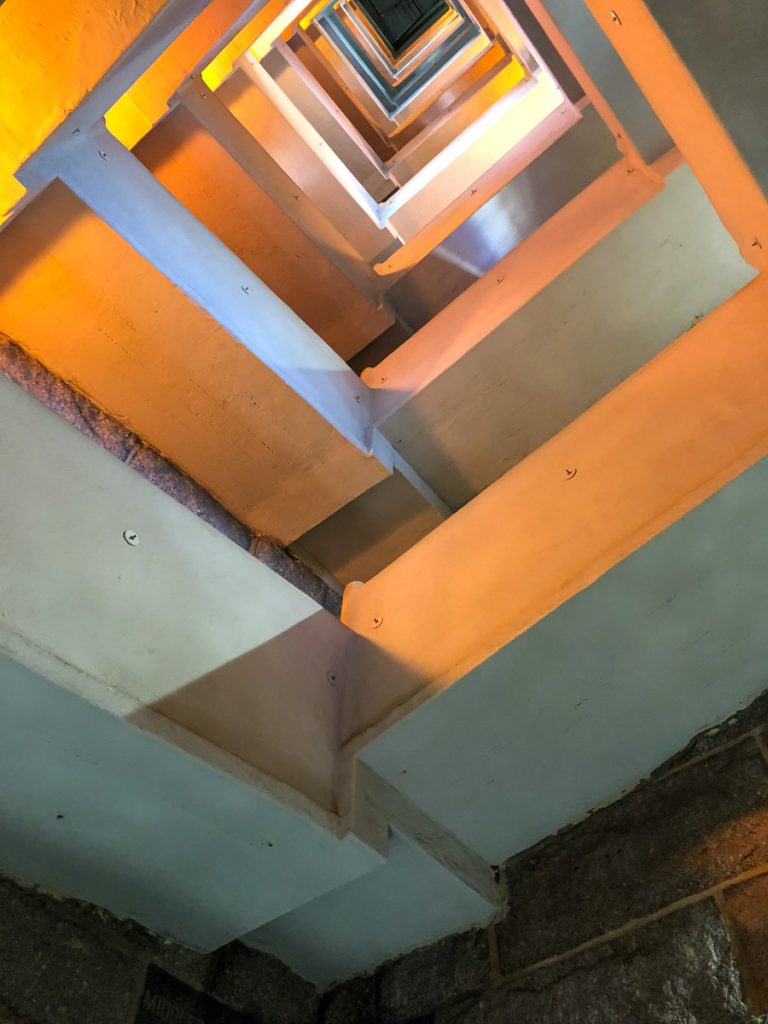 Stairs To The Top Of Pilgrim Monument 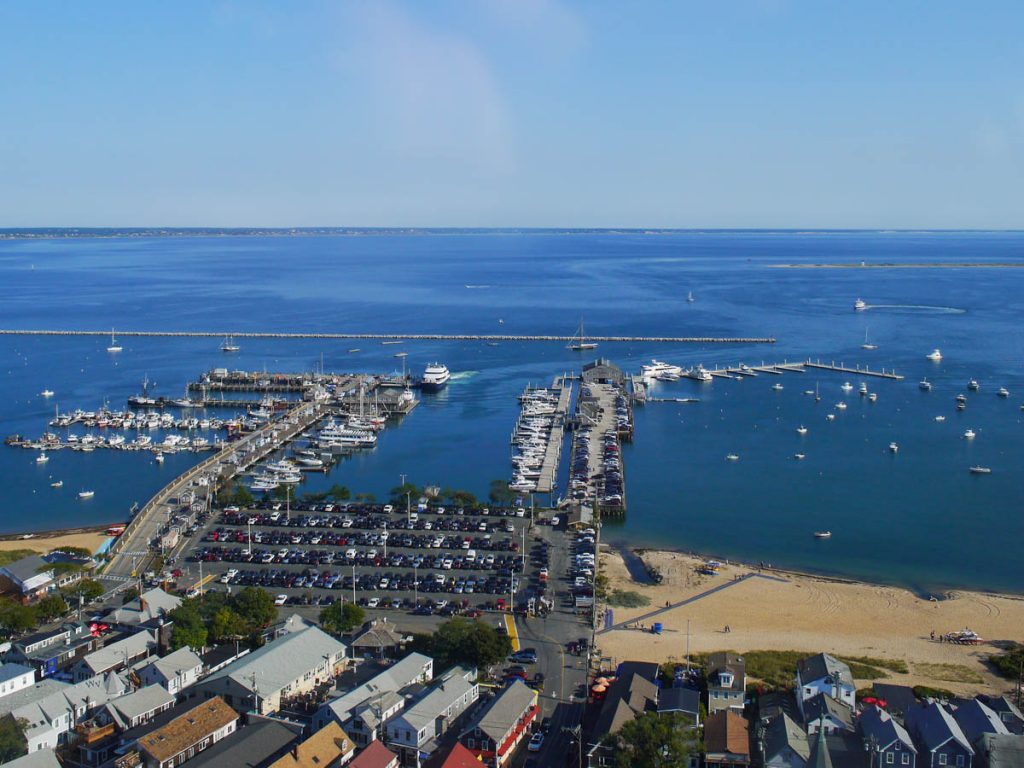 View From The Top Of Pilgrim Monument

There are many places to eat in Provincetown and I doubt you could go wrong with any of them. Our neighbor, whose family has a house in Cape Cod, told us we needed to eat at the Lobster Pot.  Apparently, it is a Provincetown tradition. With its’ signature neon sign, it has been drawing people in since 1979.  The food was good, but what really makes it special is the view.  It is located on the beach and has fantastic views of the pier and fishing boats in the harbor. Helpful hint: it gets crowded quickly, so my advice is to arrive right at opening for lunch at 1130 am. 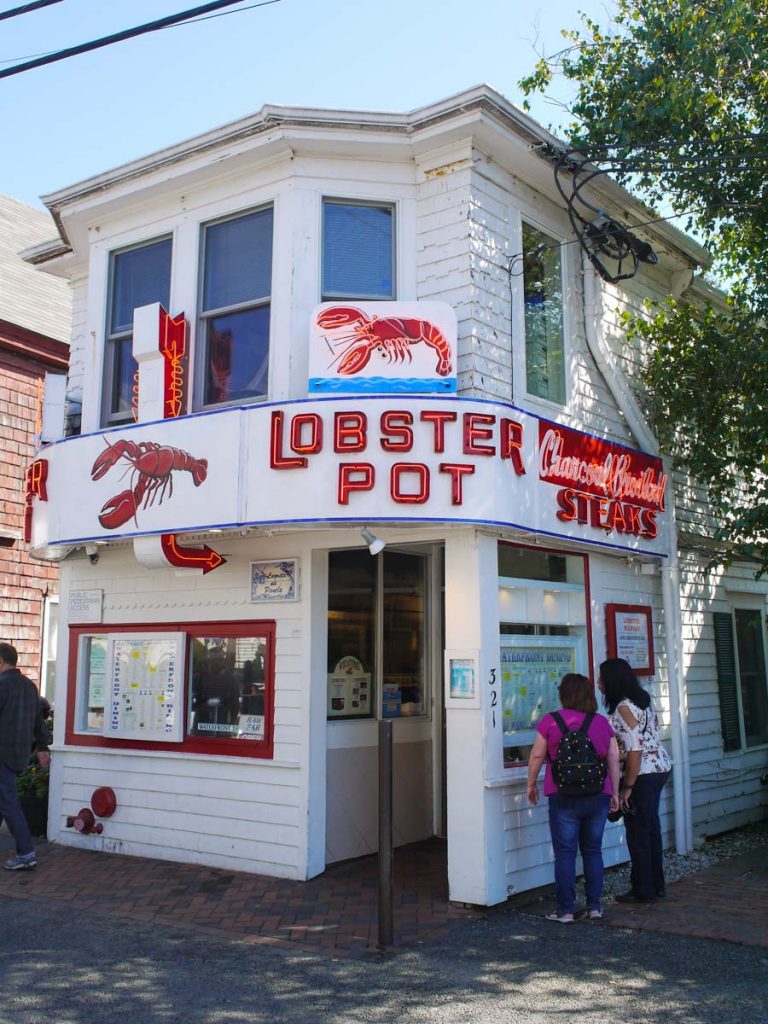 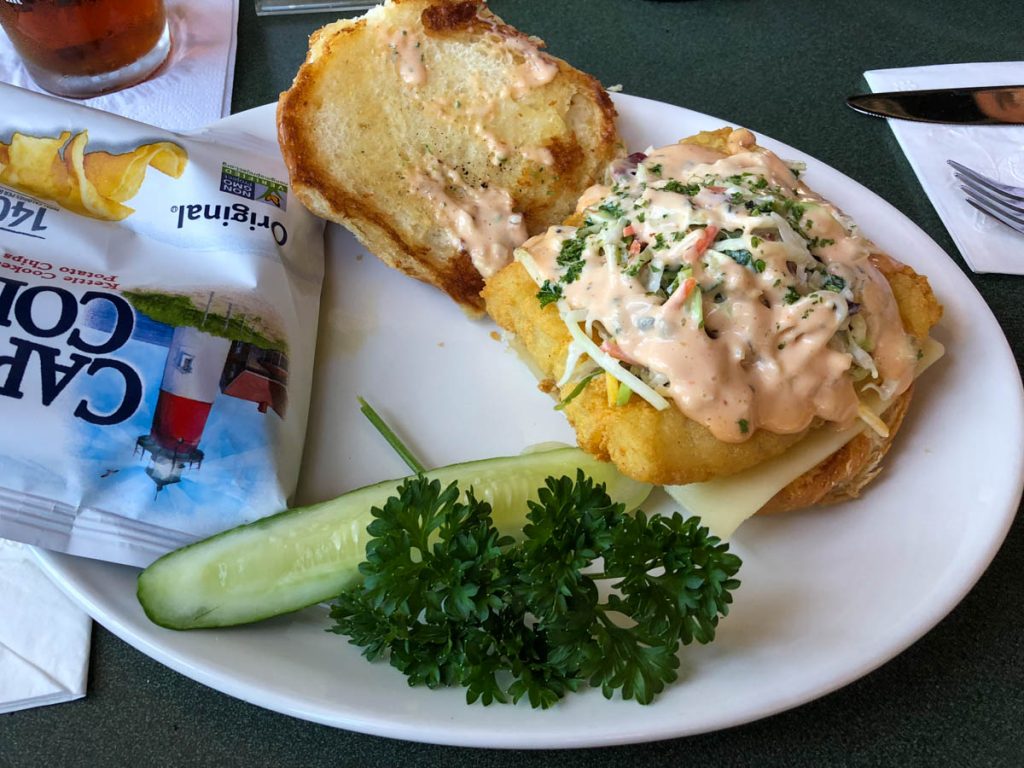 Fried Calamari At The Lobster Pot

My favorite part of Cape Code was visiting the Cape Cod National Seashore, which stretches 40 miles long along the Atlantic side of the cape.  I loved listening to the waves, seeing the long stretch of sandy beach, watching the seals bob up and down in the waves, and seeing the light houses dotted along the cape.  Who doesn’t love a lighthouse?  While visiting, we also saw where the first transatlantic telegraph line was laid. 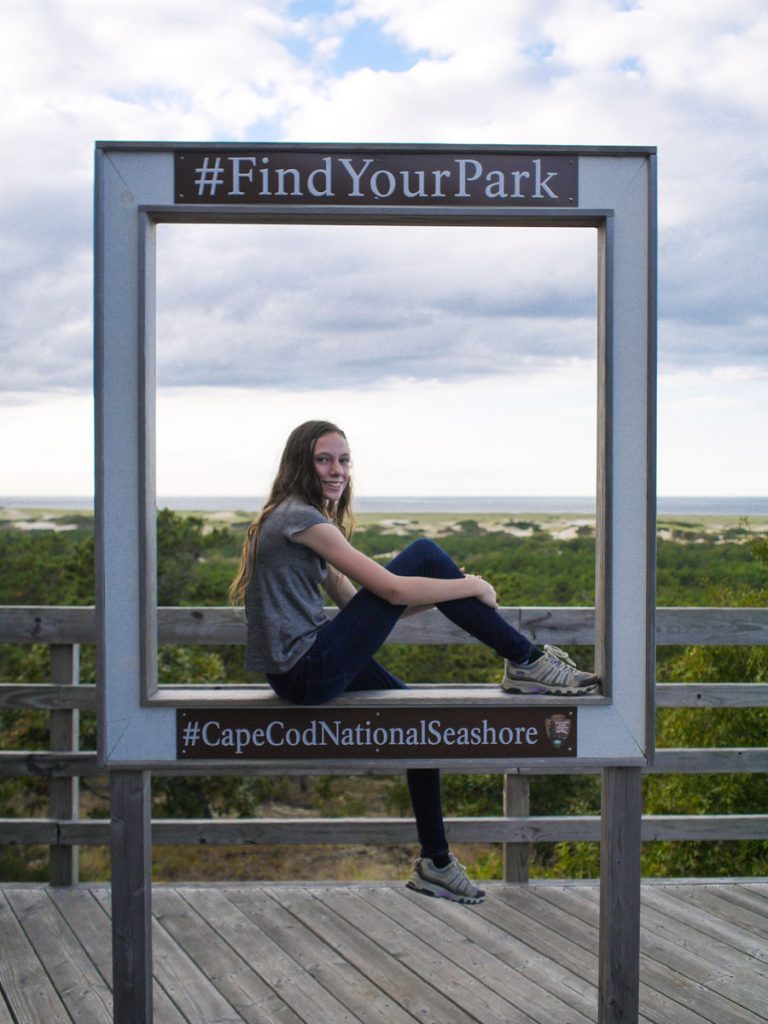 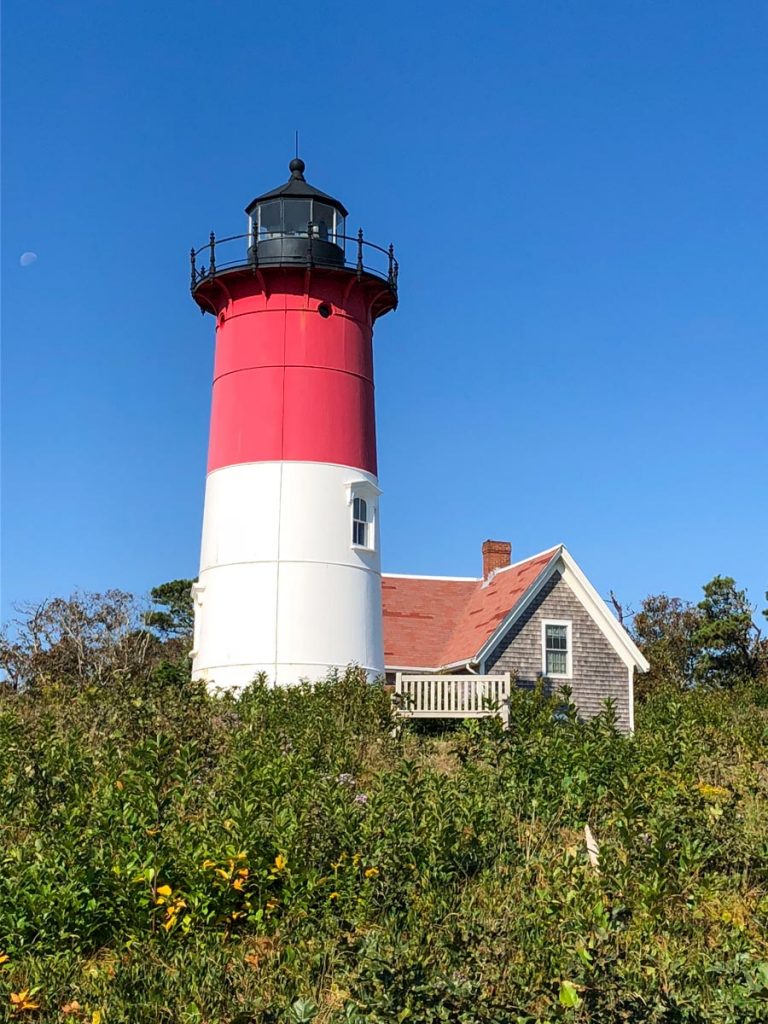 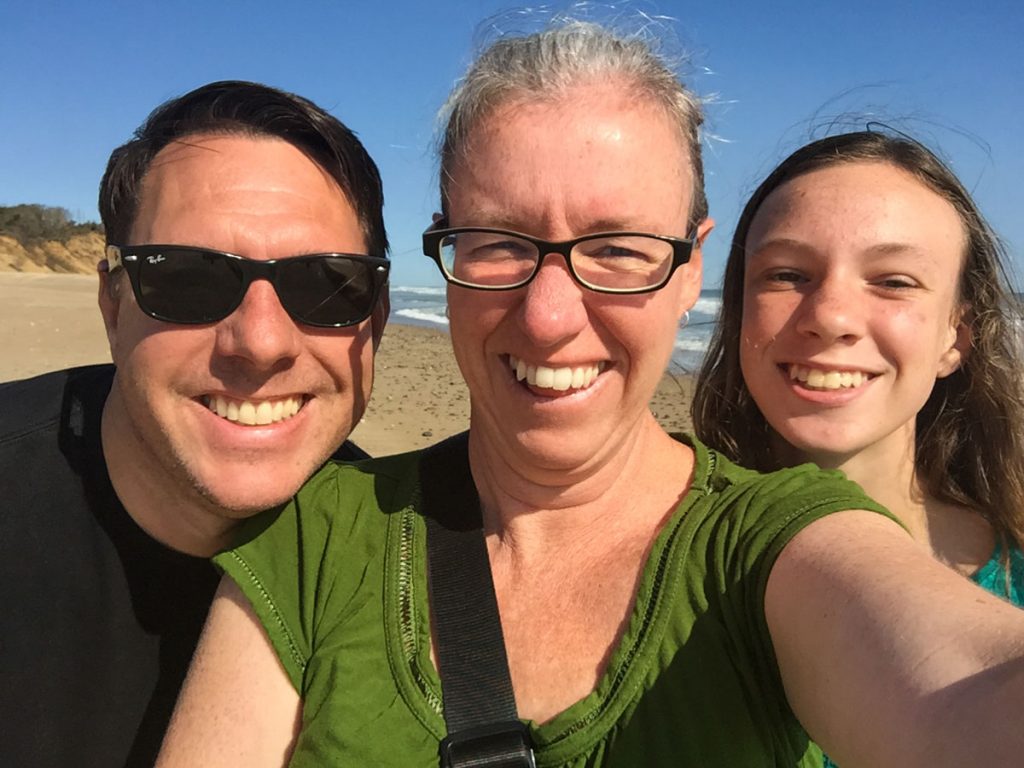 At The National Seashore I am glad we went in late September.  Provincetown was crowded even being late season and I cannot imagine what it must be like during the summer!  Another helpful hint: go during early or late season.  It will not be as crowded, and hotels or Airbnb rentals will be a cheaper. 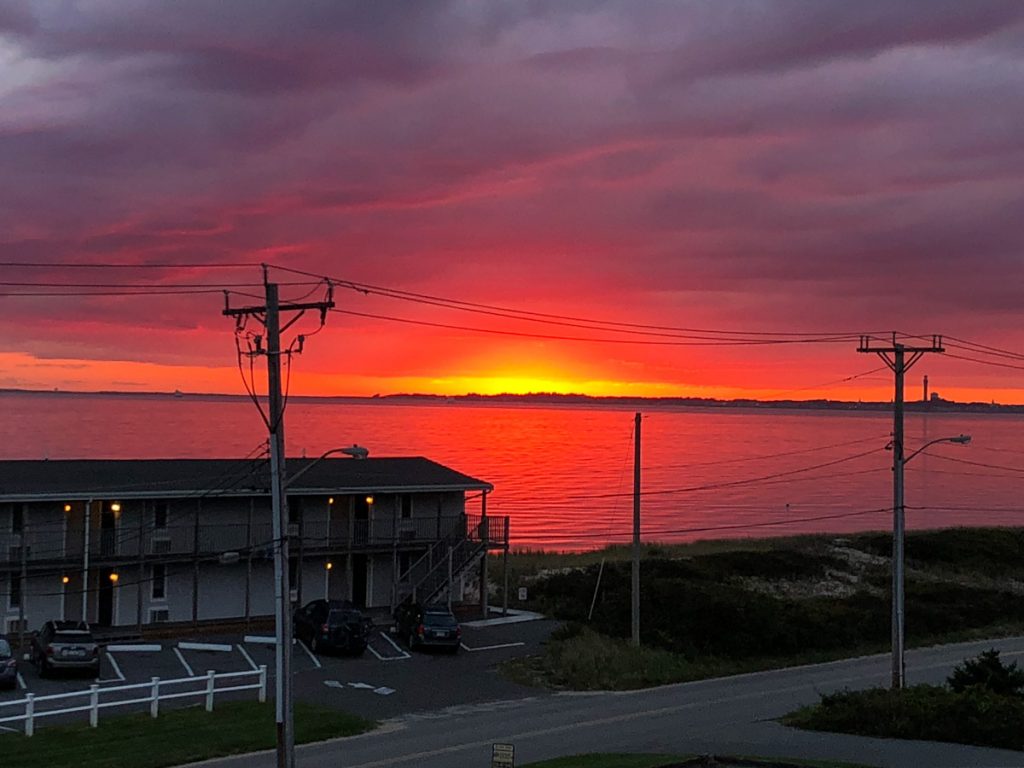 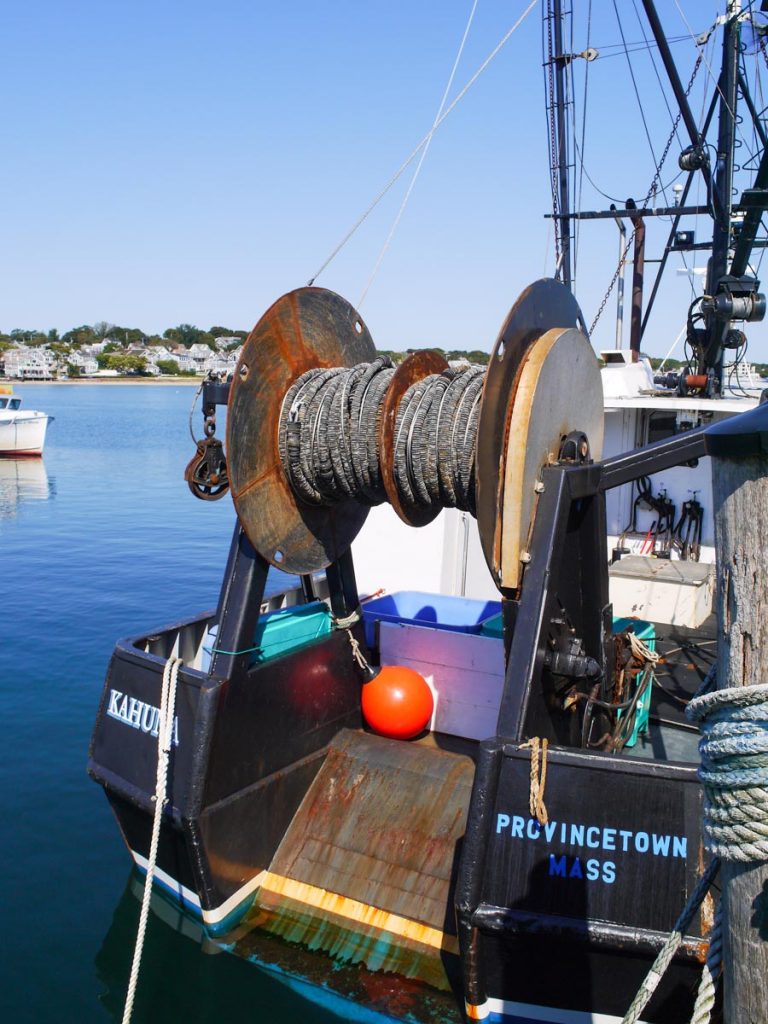 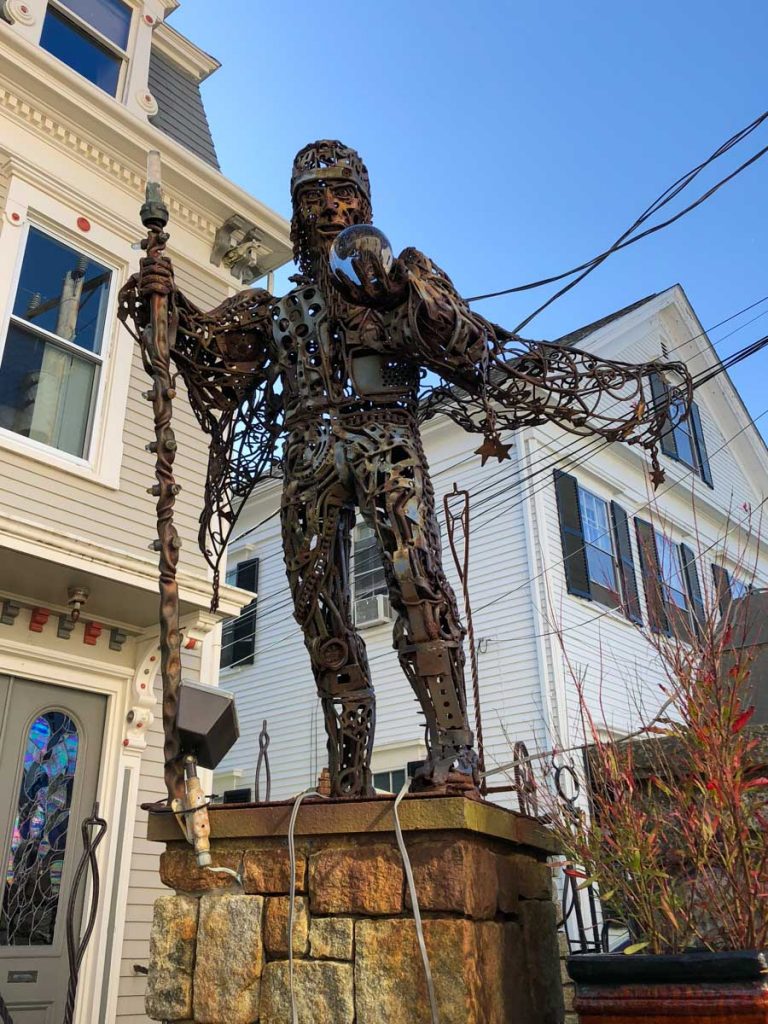 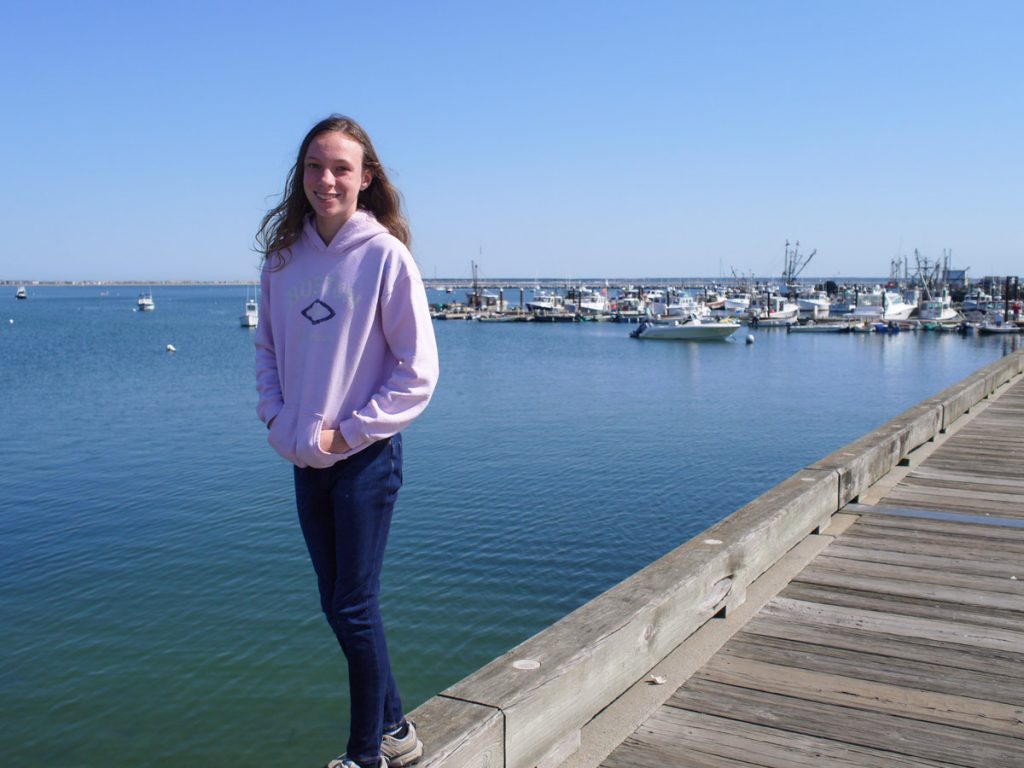 Sydney With The Fishing Boats 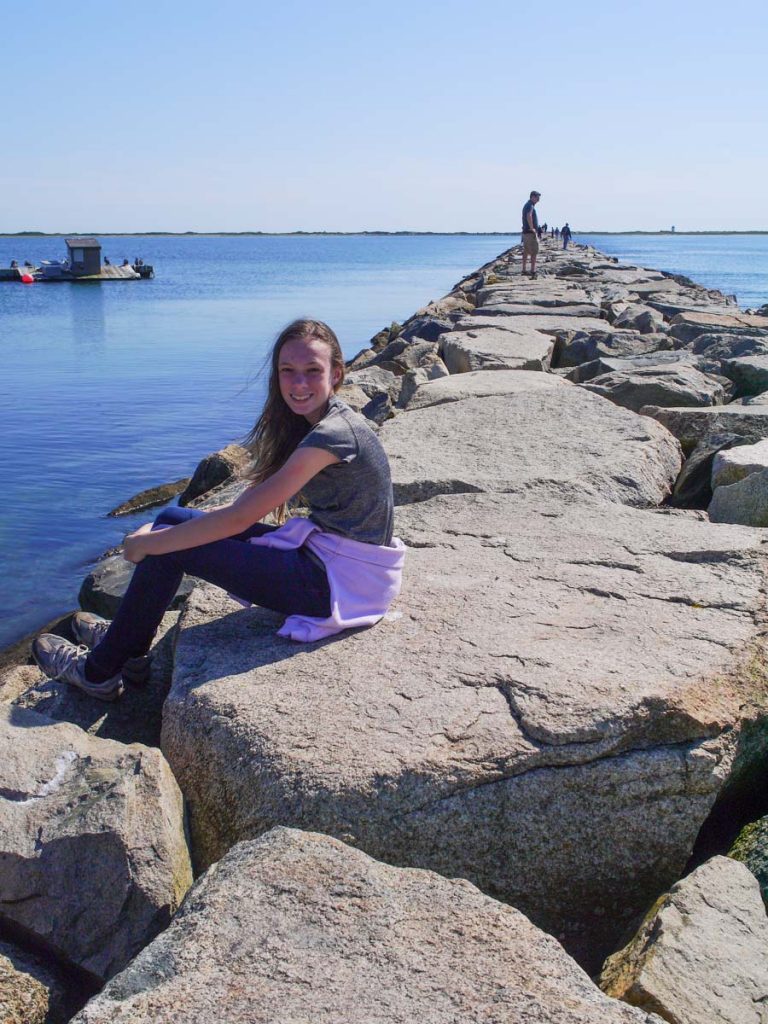 Sydney Along the Jetty At Provincetown 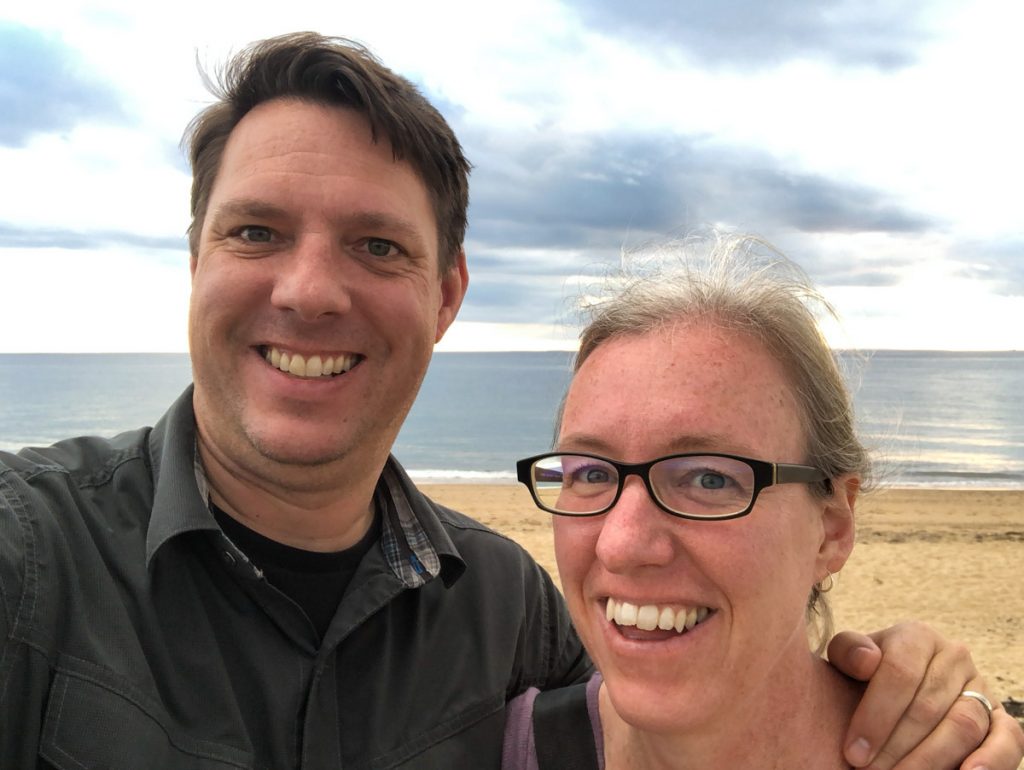 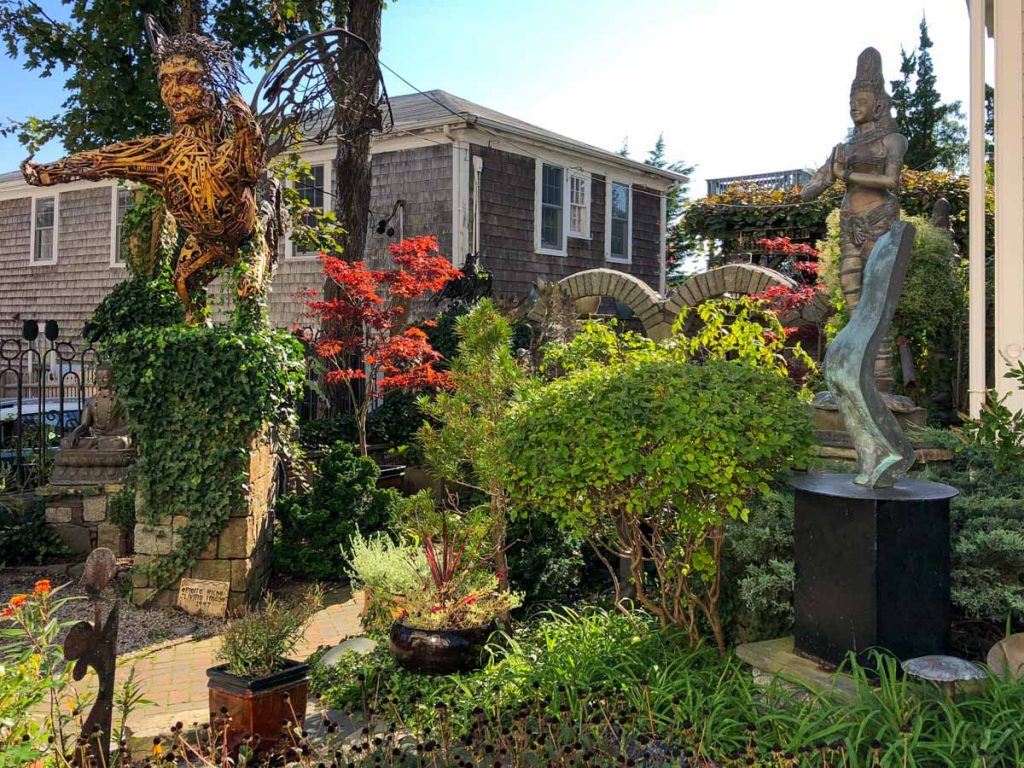 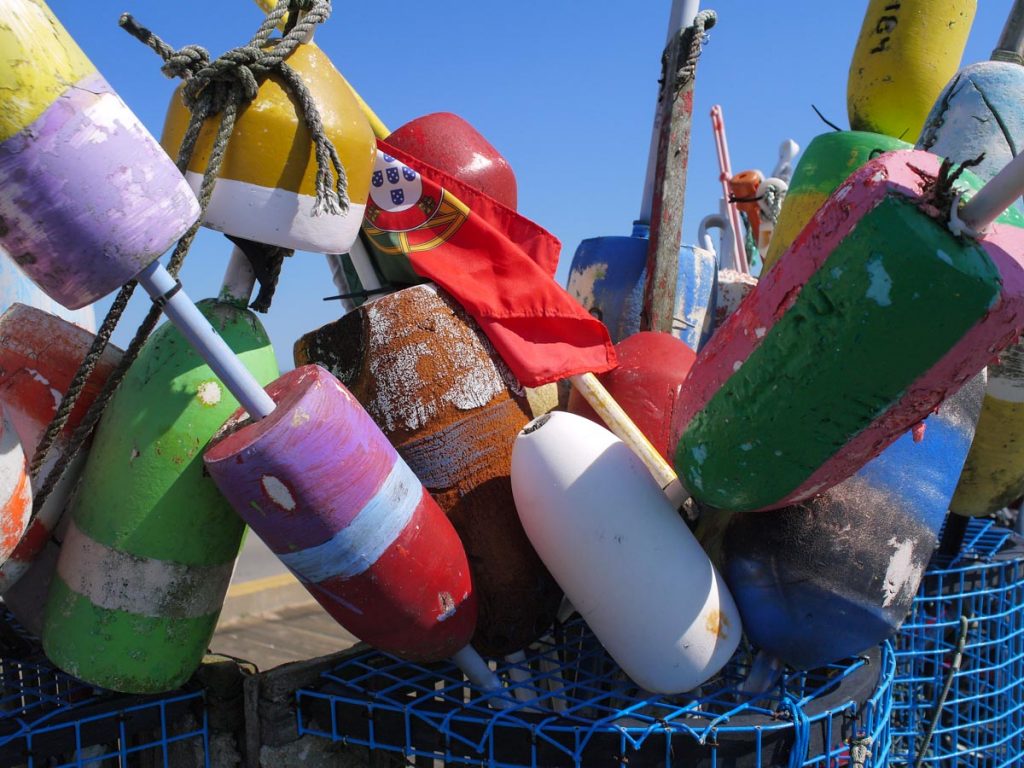