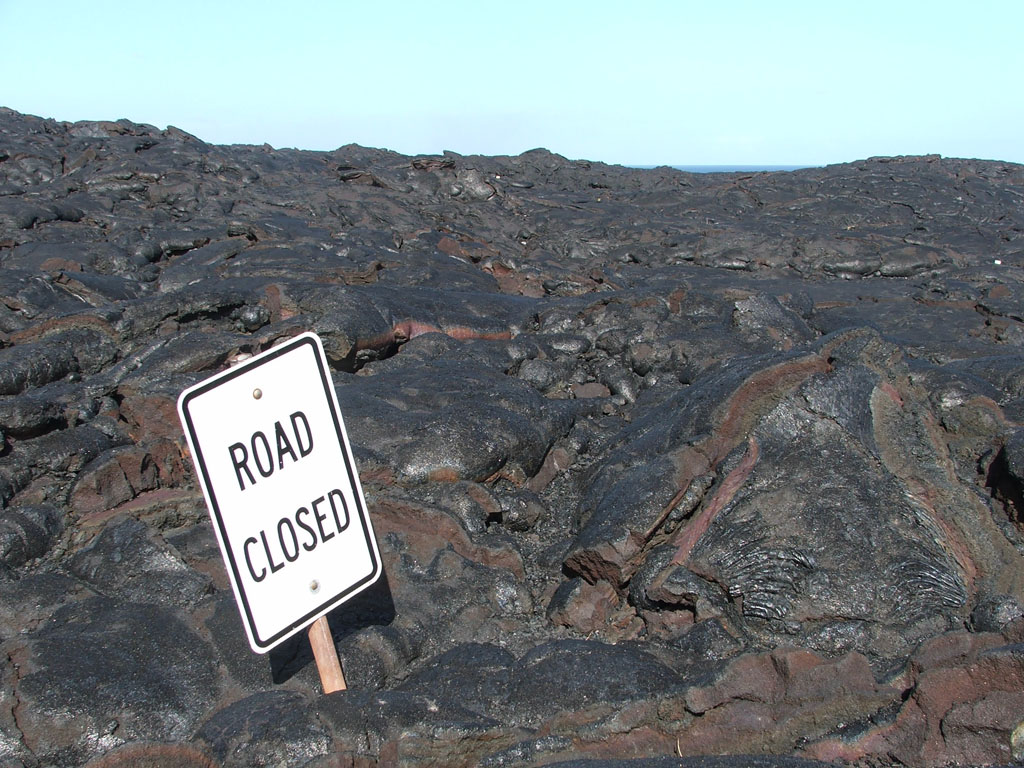 While walking across a lava flow in the Hawaii Volcanoes National Park, we came across this sign that fell victim to a recent eruption. We found this peacock while touring the Na ‘Aina Kai Botanical Garden on Kauai. It was an amazing place. 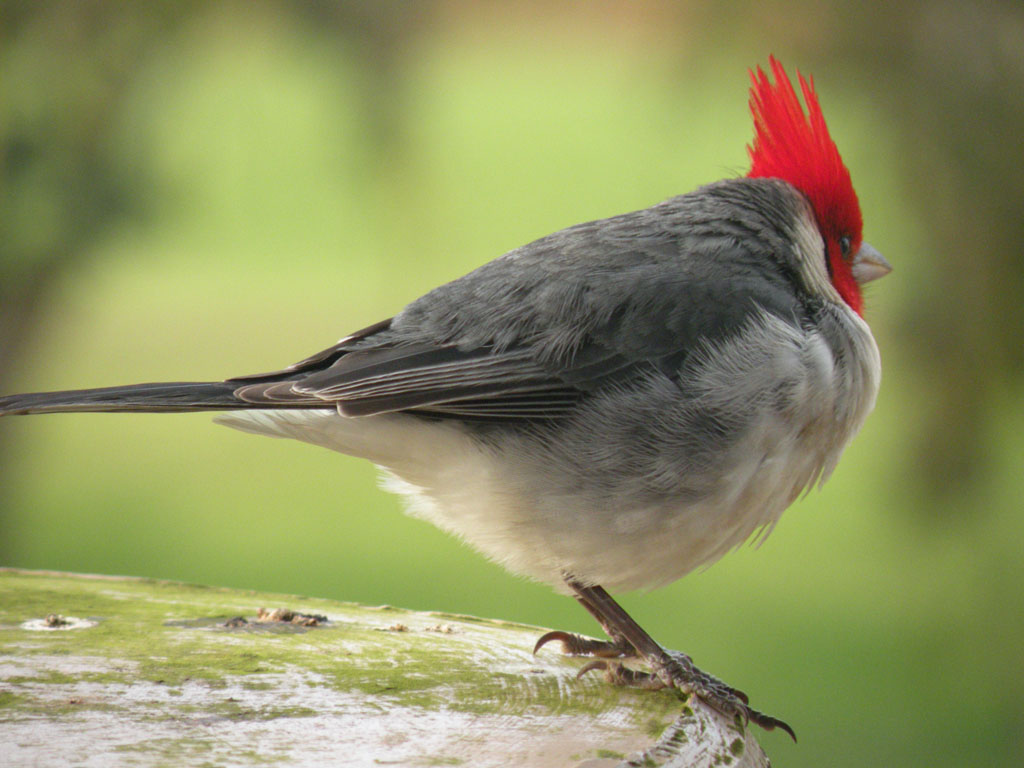 Red headed cardinals are found all over the island of Kauai. This one was hoping to steal our breakfast.

We found this sea turtle enjoying the warm sun on a deserted beach on Hawaii’s Big Island.

With Sydney hopping around on one foot because of the bee sting she received the day before, we were limited in the activities we could do. The weather was good so we decided that today was the day we would take our helicopter tour. We looked in our guidebook as to which company to choose from, and went with the recommended Blue Hawaiian. One phone call later and we had reservations for that afternoon.

Upon checking into the Blue Hawaiian office we had our safety briefing (don’t touch any buttons!) and were given inflatable life jackets just in case of a water landing. When was the last time you heard of anyone surviving a helicopter landing in water? But, with our reassuring life jackets and safety knowledge we loaded into a hot van and headed to the helicopter pads at the Lihue airport.

As we waited for our helicopter to arrive we watched as other helicopters took off and landed. It really reminded me of that helicopter scene in Apocalypse Now, “Charlie don’t surf!” Once our helicopter arrived we loaded into it and were buckled in and handed headphones and a microphone to allow us to communicate with the pilot. We also located our barf bags, just in case. The three of us had all four of the available backseats in the helicopter, which was pretty cool.

Having never been in a helicopter before, I was not sure what to expect. But after taking off… wow! If I was to win the lottery, a helicopter would be high on the list of things to buy. It is hard to describe the amazing scenery of Kauai from the air, so I will let the photos and video do that. And even those do not come close to showing the amazing beauty of Kauai. Our one hour flight was amazing and worth the money we spent. And the funniest thing happened during our flight. Sydney fell asleep.