These are the outer bands of Hurricane John the day before it was to make landfall in Cabo San Lucas. Luckily, it fizzled to a tropical storm.

Cabo San Lucas is not a good place to swim as the waves can be rather ruthless. But they can be photographed safely from the beach. 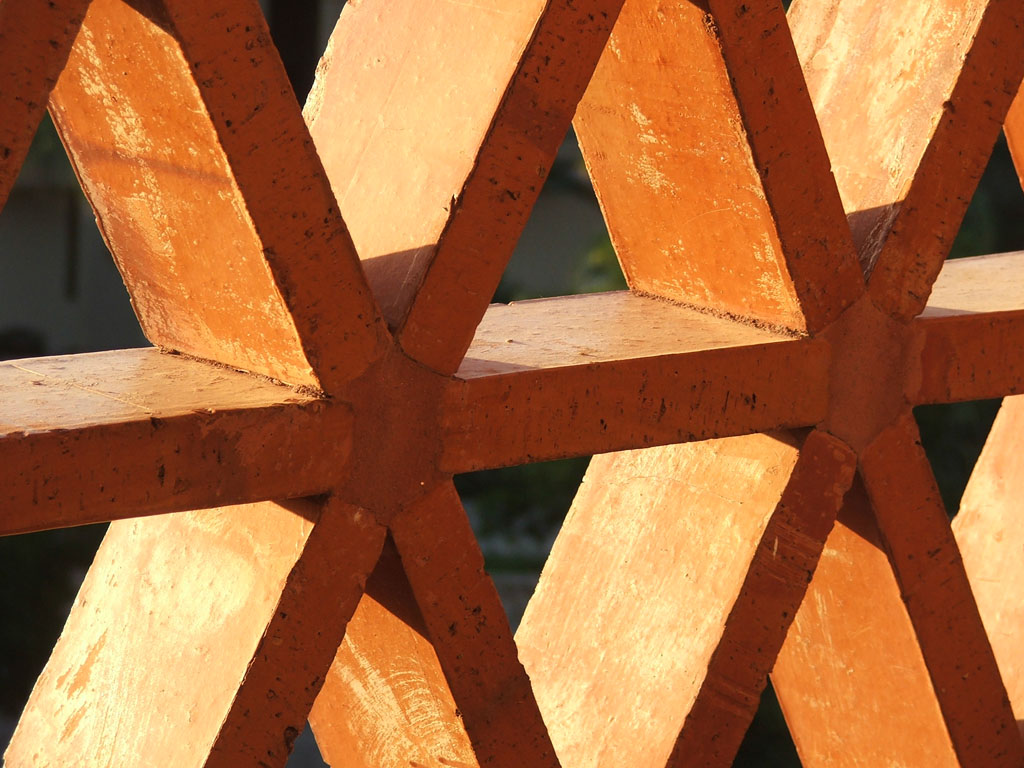 This was part of our hotel balcony in Cabo San Lucas, Mexico.

We had two options for driving the 100 miles to Cancun from the Valladolid area. Drive the free road that went through towns and had numerous topes, and would take the longest amount of time. Or take toll road 180 (cuota 180) that was the fastest route and free of topes, but would cost us money. Our guidebook said the toll road was about $10 USD to go from Valladolid to Cancun. Not the cheapest toll road, but we wanted to make it to Cancun early enough to enjoy our last night in Mexico. So after leaving Ek’ Balam we drove the few miles south and hopped on the toll road. There was no toll booth on the onramp so we figured you must pay when you get off. This could be really expensive if you got on the toll road by mistake, as there are no exits. As we drove down the nice toll road we couldn’t help but notice that there were no other vehicles. Just us. As we neared Cancun we came to the toll booth. We pulled up to the window and $280 appeared on the screen. So much for only $10. At nearly $25 USD this was the most expensive toll road we had ever been on and easily explained why we were the only people on it.  I think it would have been worth it if there was no speed limit and we had a fast car, but that was not the case. So we paid our 280 pesos and continued on our way.

The toll road turns into a highway and runs right into downtown Cancun.  Driving in Mexico’s bigger cities is always an adventure and so Kerri was armed with a map and was to be my navigator. We had to make our way to the other side of Cancun to the touristy hotel zone where our hotel was located. We quickly realized that the multi-lane main arterial road through Cancun was missing one thing. Lanes! There were no lane stripes and it was a sea of cars trying to fit into any open space that was available. Buses, taxis, scooters, and tourists crammed together like puzzle pieces at each stop light waiting to pass each other as soon as the light turned green. This was fun! After several ear piercing shrieks from Kerri and a couple of near collisions, we made our way to the well striped and mellow hotel zone. If you are going to drive in Cancun, stick to the hotel zone!

We had booked our last night at the Beachscape Kin Ha Villas and Suites. According to the reviews, it was a nice affordable hotel that was said to have the nicest stretch of beach in all of Cancun. What better way to spend the last of our remaining time in Mexico. After locating our hotel we checked in and were led to our room. The first thing we noticed about the room was that it was equipped with a microwave, a mini-fridge, a toaster, and dishes. If only all of the other hotels we had stayed in had had these items we would have eaten well and not have spent so much on dining out. We quickly unpacked and went in search of groceries so we could have breakfast in our room the next morning. There was a small grocery store just a couple of blocks down the street, but we had to cross 4 lanes of busy Cancun traffic. Mexico does not believe in signalized crosswalks. We waited until there was a break in traffic and made it across. After doing our shopping and once again braving the 4-lanes of doom, we made it safely back to our hotel. We had planned to spend the rest of the day on the beach, but a cold front had moved in with strong winds blowing in from the Caribbean. So, instead we chose to walk down the street to the popular tourist shopping areas and buy some last minute souvenirs, postcard stamps, and dinner.

After wandering the shops and finishing our souvenir shopping we came across the ultimate tourist restaurant. “Margaritas and Marijuana.” Kerri’s eyes got wide when I suggested we eat there. I don’t think she thought it was a good place for family dining. But having grown up in a liberal area surrounded by hippies, it didn’t bother me one bit. I mean, they wouldn’t really smoke pot in there, right? The waiter was a very friendly guy, and like most typical touristy watering holes in Mexico, the waiter was a bit loud. Sydney loved it and the waiter loved the attention he got from Sydney, which made him that much louder. It was a festive dinner! The food was probably the worst we had had in Mexico, but the margaritas were excellent, and Sydney loved the entertaining waiter. After leaving the restaurant, Sydney and the waiter screamed “Hola!” back and forth to each other as we walked up the main boulevard in the hotel zone. This got some interesting looks.

After waking up early the next morning we had a quick breakfast and then changed into swimsuits and went down to the beach. The winds were calm, and there were workers clearing the piles of seaweed that had washed ashore from the strong winds during the night. The sand was soft and the water warm. Other than the seaweed, this really was one of the nicest beaches in the area. We spent our last day in Mexico swimming in the Caribbean and enjoying the soft white sand beach.

Our two week trip to Mexico’s Yucatan Peninsula had been a great adventure. We had seen a lot of wonderful historic Mayan sites, beautiful beaches, and met a lot of really nice people from all over the world. The prices were by far the highest we had experienced anywhere in Mexico, but with a little creativity, one can cut costs. After two weeks, we had entered a mental state of wanderlust. We did not want to go back to our mundane lives; we wanted to keep travelling and see what lies beyond the next horizon. The pull of travelling is strong and we keep telling each other, “Maybe we should just go on our round-the-world trip now!” But, we know the smart thing to do is just wait and leave according to our plan. But the waiting is hard…