What do you know about Ayia Napa on the lovely island of Cyprus? If your answer is not a lot, to use the catchphrase of a has-been magician, then read on.

Ayia Napa may shout anything but family as a holiday destination, but believe it or not there is room alongside the party people for you lot with kids to have a good time. So travel to Cyprus and find out for yourself.

Cheaper than flying to Florida

For starters Cyprus is a great compromise for you and the kids if they’ve been whining about going to Disney since they were born. That’s because they get to visit the largest water park in Europe and you get more than just an amusement park themed break. Of course both Florida and Cyprus have fantastic climates, but Cyprus is considerably closer than the States and therefore cheaper to fly to.

Waterworld is cheaper than DisneyWorld

Five minutes into Waterworld and the kids will forget all about Mickey Mouse, well for the duration of the holiday at least. The park’s theming may be less Disney and more ancient Greece, but the water-packed fun is abundant. And it’s easier on your pocket too. The entrance fee is just €35 for adults and children over 13 years of age, €20 for kids aged 3 to 12 years and free for kids under the age of 2. DisneyWorld may boast two water parks alongside its other theme parks, but we all know it’s far more expensive than that.

What’s on offer at Waterworld?

The little ones have dedicated areas that are strictly for them too. You’ll also find restaurants and eateries galore and of course shops.

When is it open?

You can have the kids installed from as early as 10am and spend the whole day there until 6pm, if you can bear it. That’s from May to September. In April and October Waterworld closes an hour earlier at 5pm. 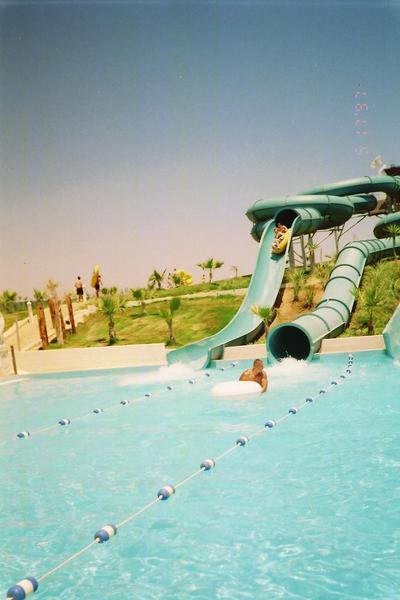 No it’s definitely a water flume