The Tale of the Krakow Dragon Smok

We were in Krakow, Poland where a dragon once lived. Here is the tale of the Krakow dragon named Smok. 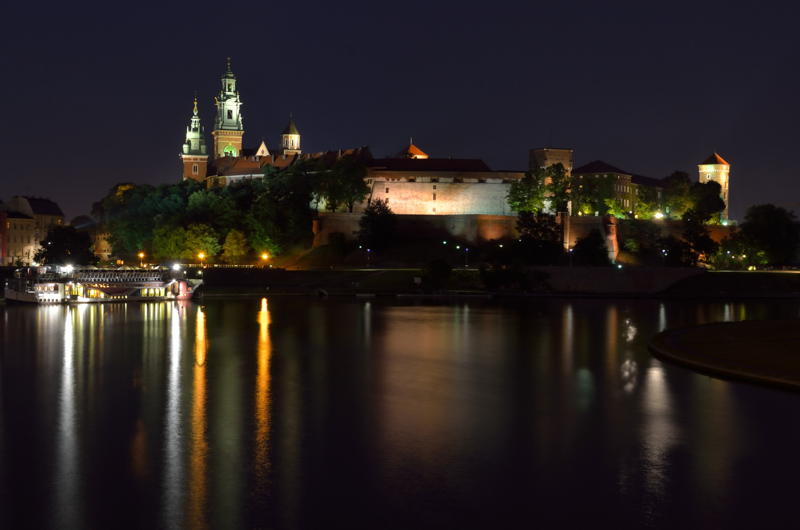 Once there lived a really nice King called King Krak.  He had a daughter that was very nice too.  The villagers loved him.  One day an evil dragon settled right outside the town.  The people did not know what to do.  The dragon kept on eating everything.  One day a cobbler said, “I will fight the dragon.”  The King said, “Okay.”

The cobbler made a fake sheep.  He sewed a sheepskin together and he put sulfur in the fake sheep.  Early that morning he put the sheep next to the den.  When the dragon saw it he ate it.  All of sudden the dragon felt his body burning.  He ran toward the River Wisla.  He drank and drank and drank until he exploded.  All the villagers were so happy.  The daughter married the cobbler and they were all happy again. 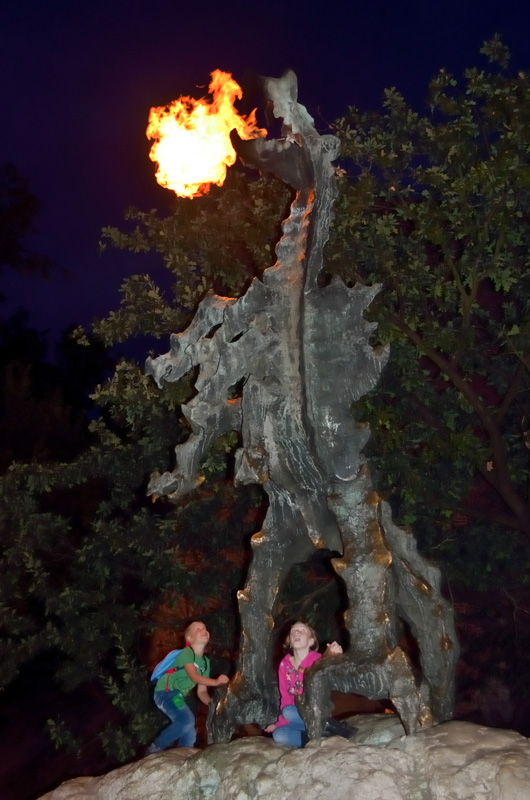 Some say that this cave in Krakow has a dragon in it, but some believe that the dragon was made up.

I, Sydney the explorer, will see for myself.  So, I went to the dragon den.  As I crept into the cave, I heard something snoring.  I looked to my right and saw a huge dragon.  But as I looked passed him I saw a mound of gold from the people who tried fighting the dragon.  I named the dragon “Smok” because everyone knows in dragon speak that means gold keeper. Climbing on the Dragon’s Back

As fast as I could I jumped on his back.  I put rope around his neck and I steered him to the castle even though Smok set the village on fire.  When I got to the castle I called out to the knights, “Kill this dragon!”  They said, “Here is a sword.  Kill the dragon yourself.”  So I grabbed the sword.  As soon as I grabbed the sword the dragon realized what was happening.  He started bucking up and down.  I managed to steer him to the moat and then got him in the moat with the alligators.  All of a sudden, the alligators started biting Smok.  It was so funny I started laughing. 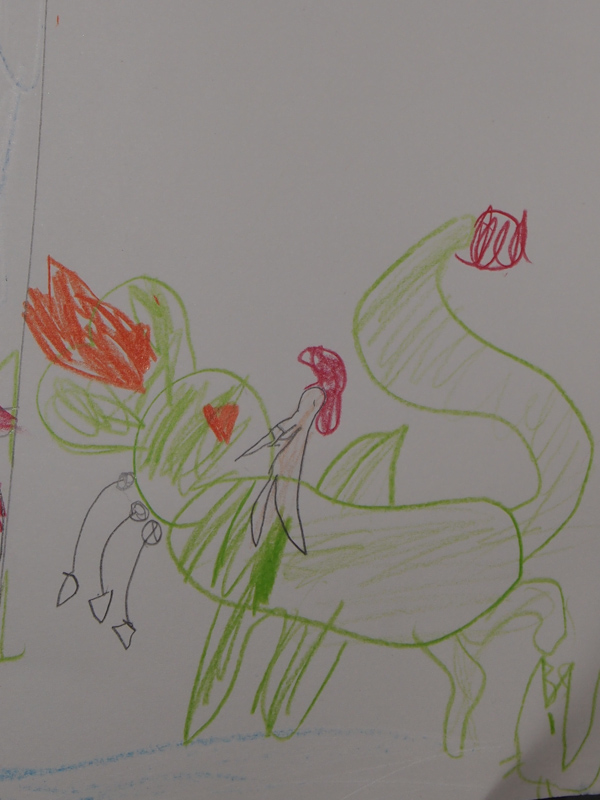 Smok and the Alligators in the Moat

But there was work to do.  I had to cut off the dragon’s head with the sword.  I took the sword out of my jacket and pushed it against the neck of the dragon and sliced off his head.  The town’s people were so happy that they had a party that lasted around 10 days or so.

I hope you liked the story of the fierce Krakow dragon.