The modern town of Delphi is set high up in the mountains overlooking a valley filled with ancient olive trees and the sea beyond. We had reserved a hotel in the center of the little mountain town to give us a chance to explore the ancient ruins without having to rush. Upon arriving I drove up onto the sidewalk, as all the other cars had done, and checked us in. The hotel manager told us we could just leave our car parked there on the sidewalk for our entire stay. Parking in Greece is interesting, to say the least. People park wherever they want, including in the middle of a lane, or in our case, in the middle of the sidewalk. So with our rental car safely parked on the sidewalk we unloaded our bags into our hotel room and set off to explore the town. 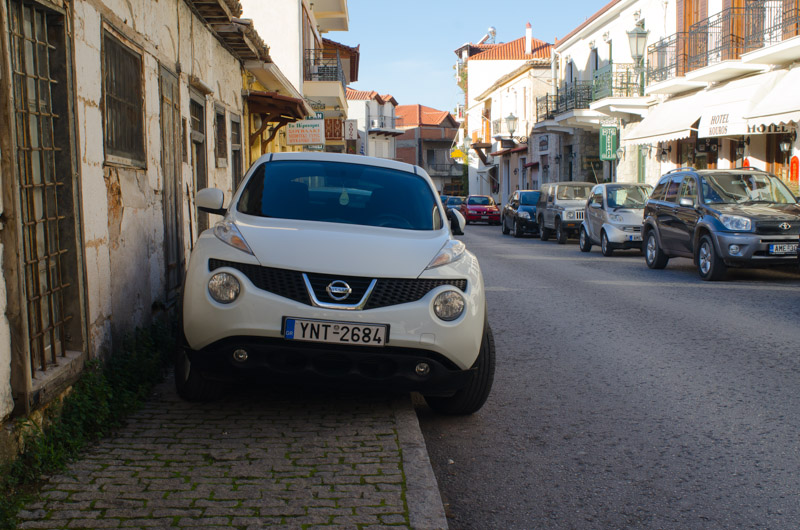 The more modern town of Delphi 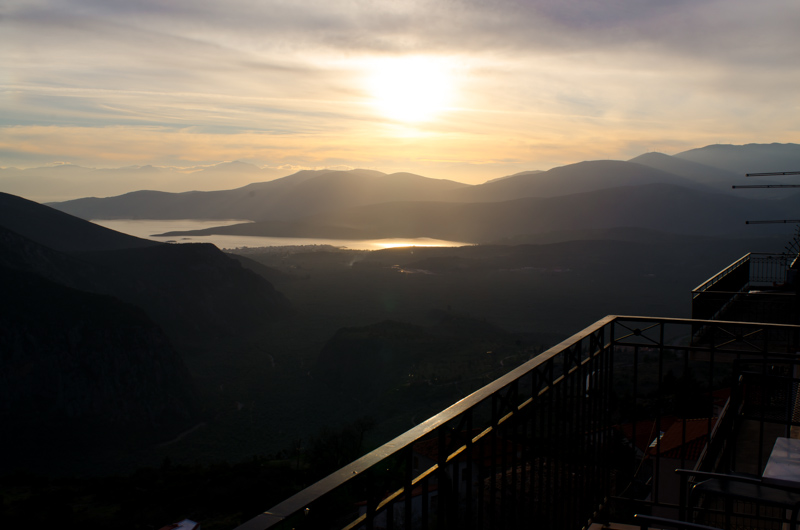 Our daughter wanted to write a blog post on the different foods of Greece, so we studied the menus of the different restaurants trying to find the traditional dishes. We found one that looked promising and went in for dinner. We ordered the moussaka and souvlaki and now have a new favorite. If you have never had moussaka, I highly recommend it! 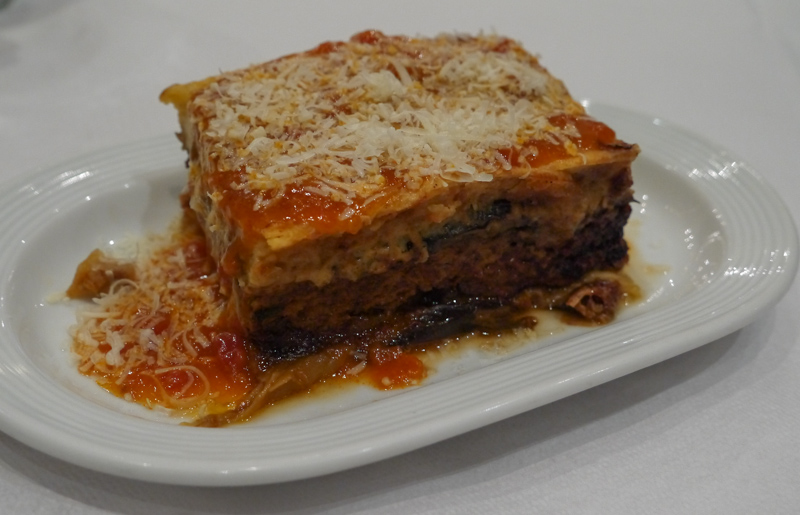 The next morning we ate our traditional Greek breakfast of yogurt with honey, bread, hard-boiled eggs, and strong coffee and headed out to explore the ruins of Delphi. We spent several hours exploring and loved the ancient site. We had been studying ancient Greek history for the previous 2 weeks and so many of the heroes mentioned in the stories had been to that very site to ask the oracles for advice. We still can’t get over how cool it is to actually be visiting these places that we had only read about.

In ancient Greek mythology, Zeus released two eagles at the far eastern and western terminuses. Where they crossed marked the center of the ancient world and became ancient Delphi. Temples were built for the oracles and to honor the Gods and Goddesses. People came from all over the Greek world to seek answers from the oracles. It was said that the oracles of Delphi spoke to the God Apollo and he gave them the answers for the questions that were asked. A more modern explanation is that the oracles were high from natural occurring psychotropic vapors that seeped up from the ground, but no evidence has been found of this. In either case, the oracles helped shape the ancient world through the vague answers they gave. 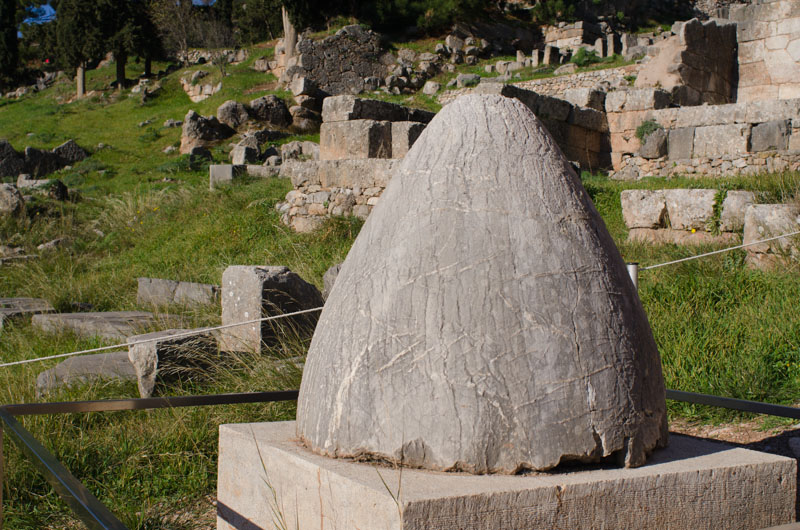 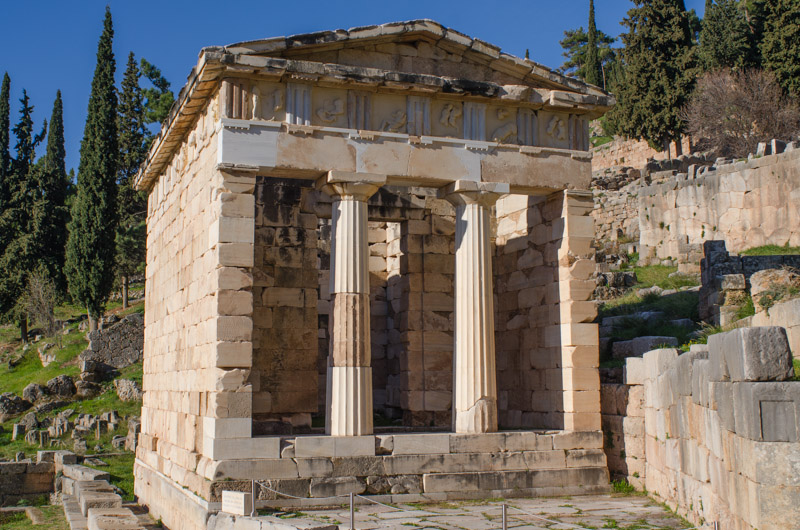 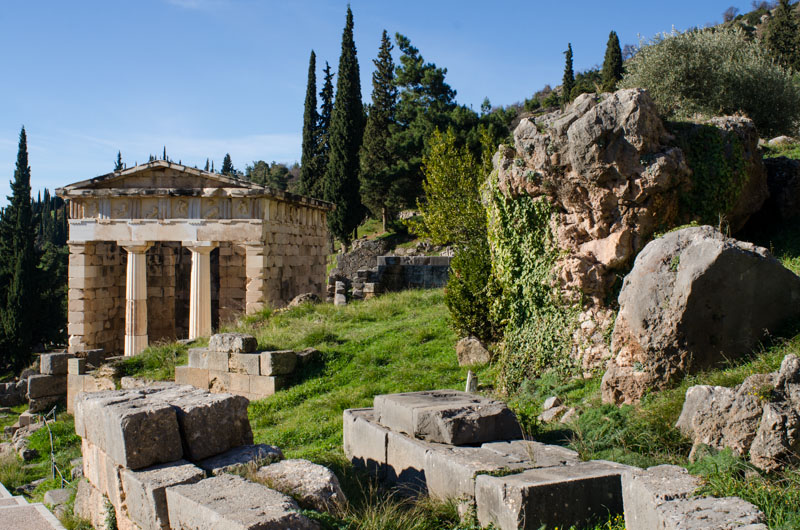 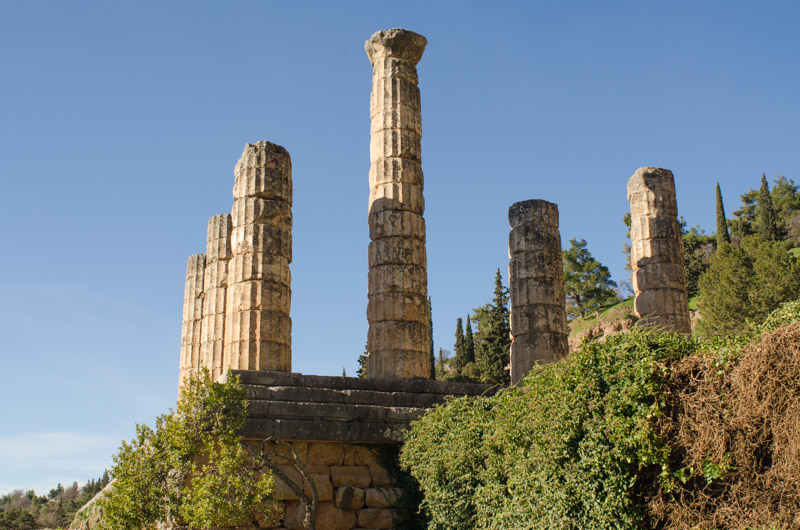 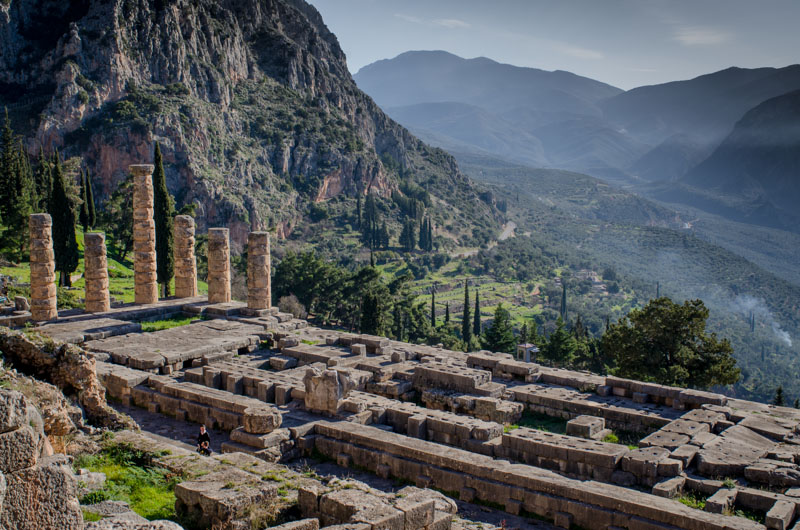 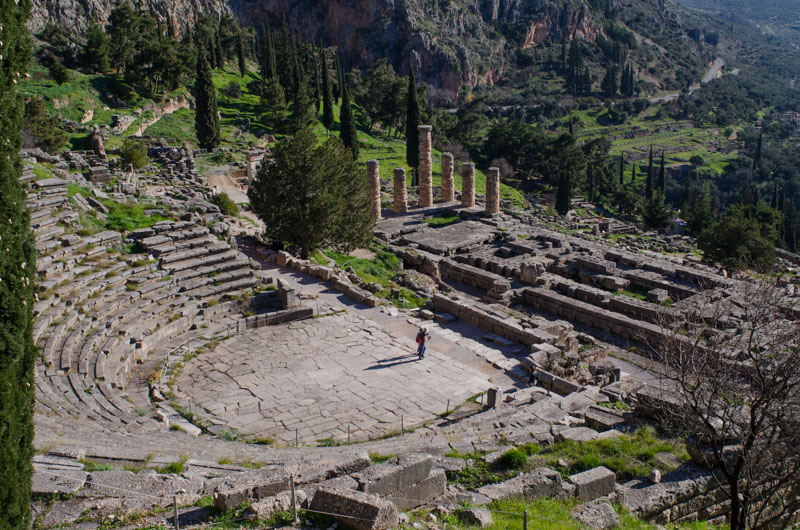 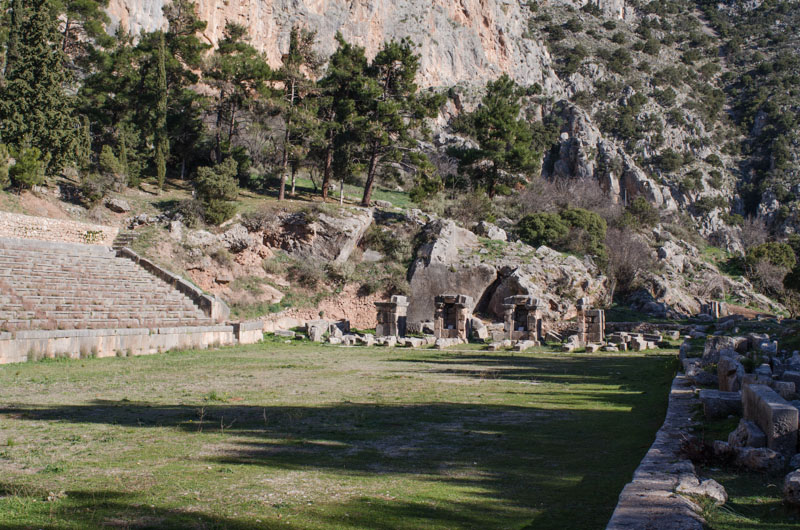 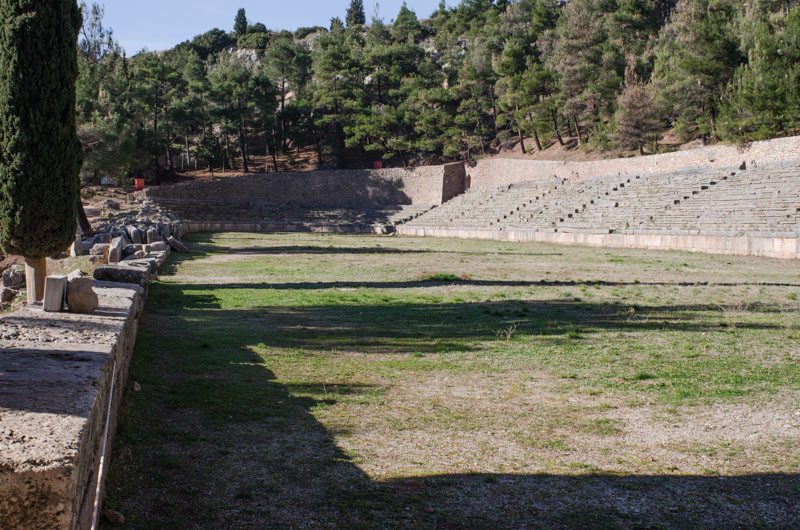 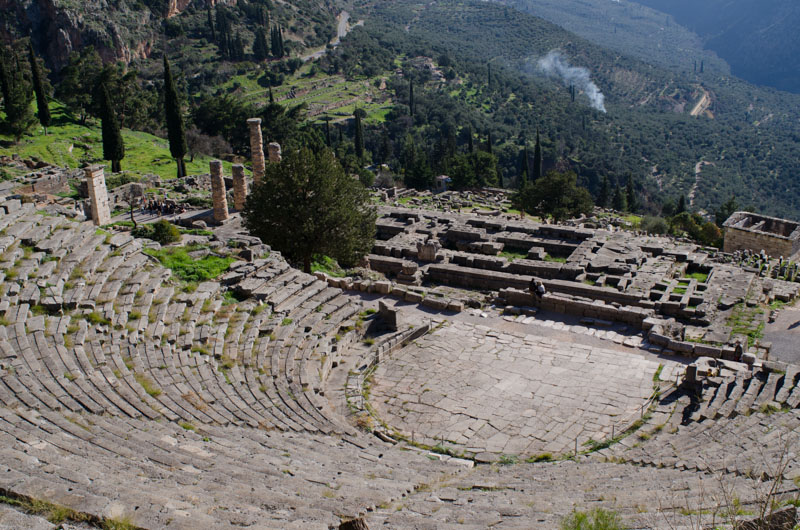 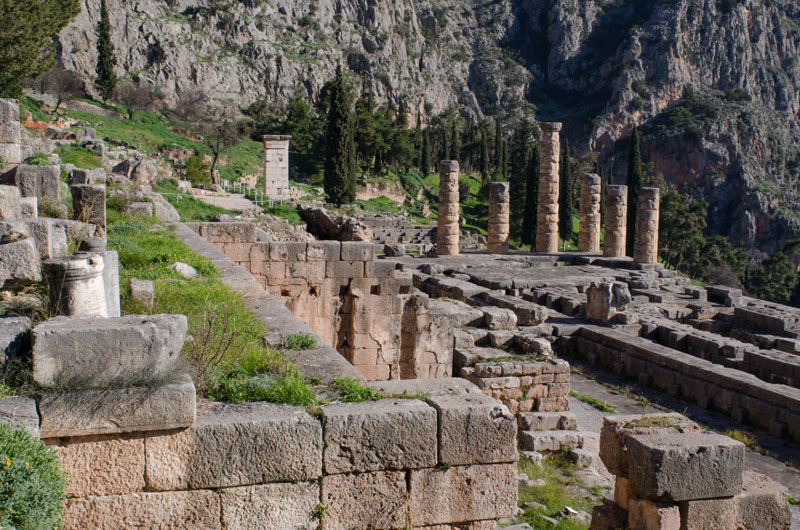 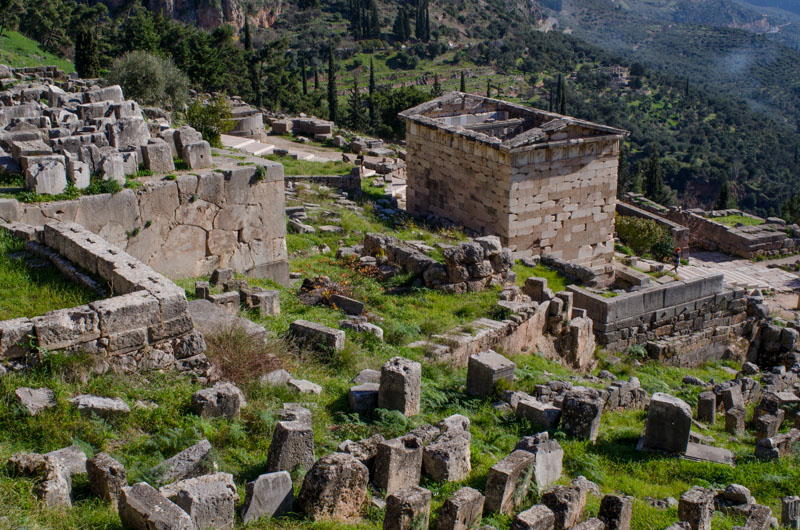 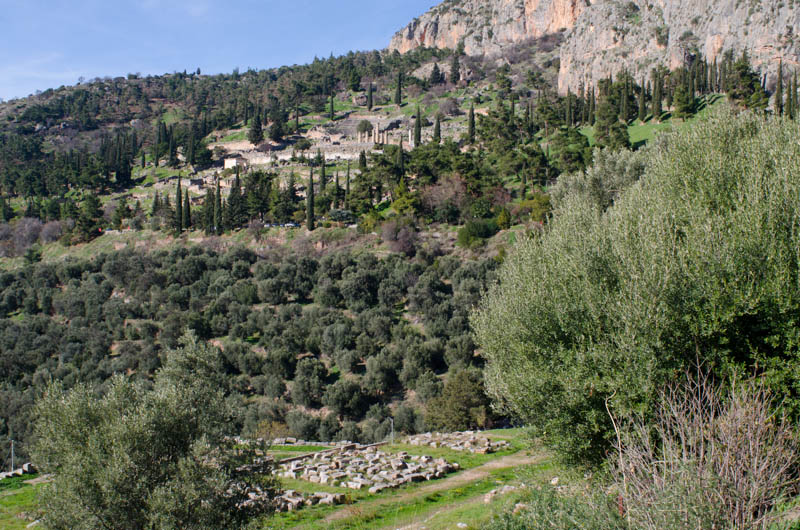 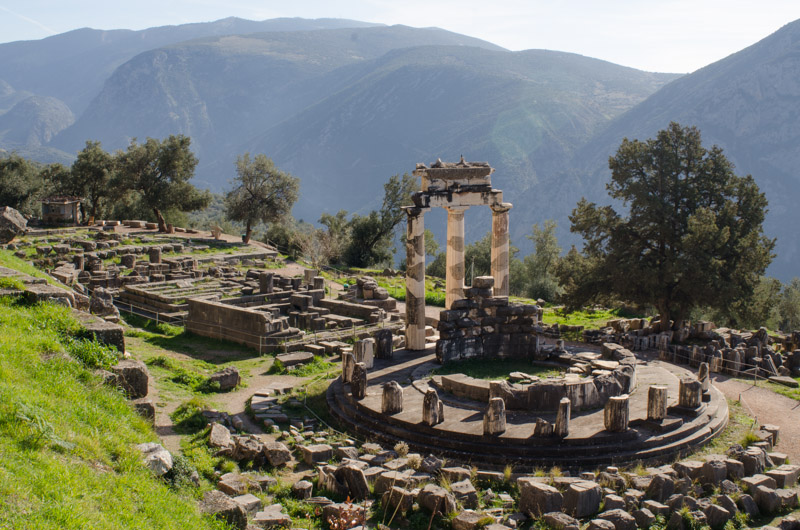 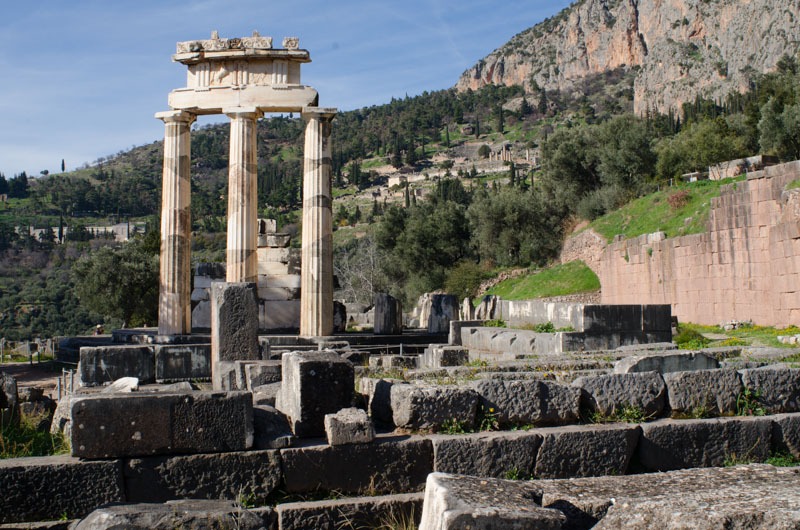 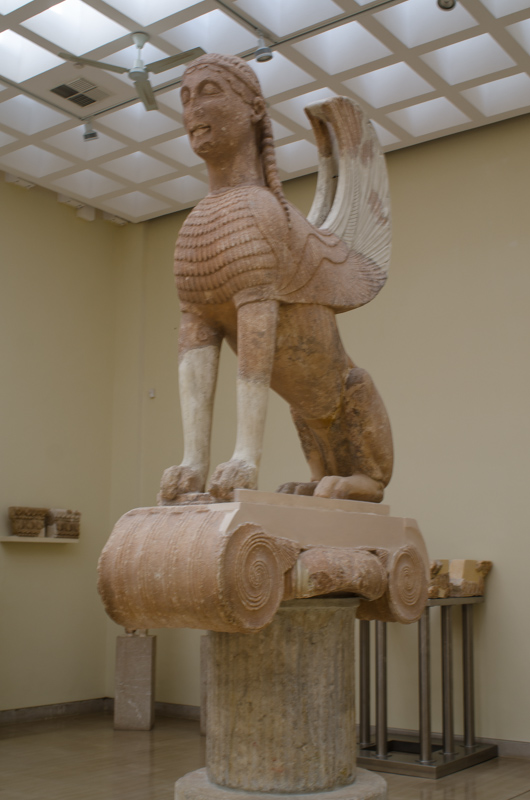 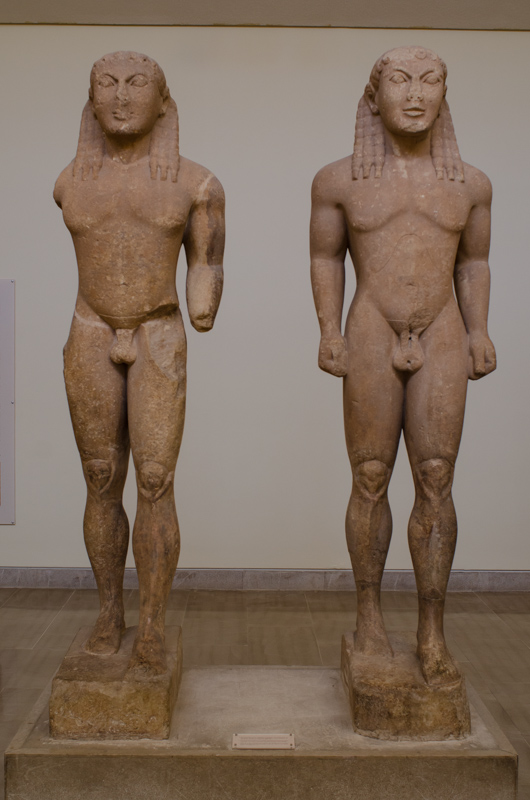 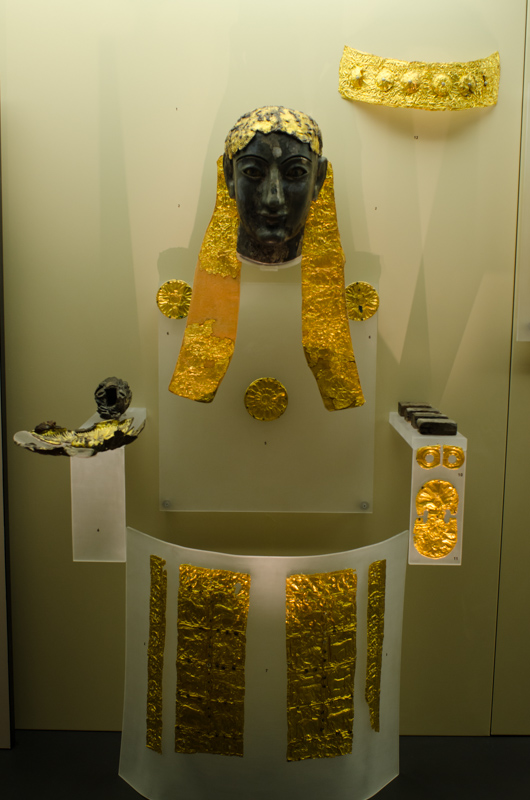 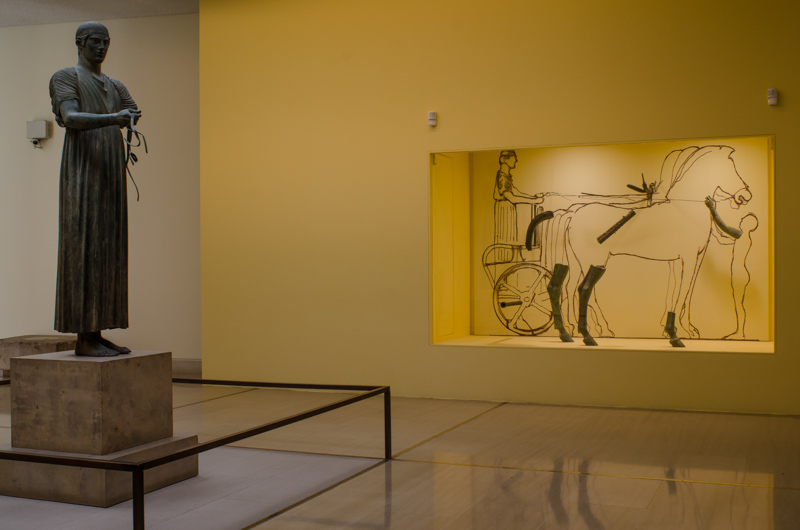